Just one running back—Oakland’s Josh Jacobs—was chosen among the top 50 picks in last year’s draft. Maybe that shouldn’t come as a surprise—the position’s inherently short shelf life along with an increased reliance on analytics have led many to devalue running backs.

However, this year’s backfield crop should fare better with D’Andre Swift and Jonathan Taylor positioned as fringe first-rounders and the trio of J.K. Dobbins, Cam Akers and Clyde Edwards-Helaire all candidates to come off the board in Day 2. The running back pool is flush with talent, but only a handful of teams are hiring right now. Here are six teams likely to dip into the running-back waters when the draft kicks off on April 23. 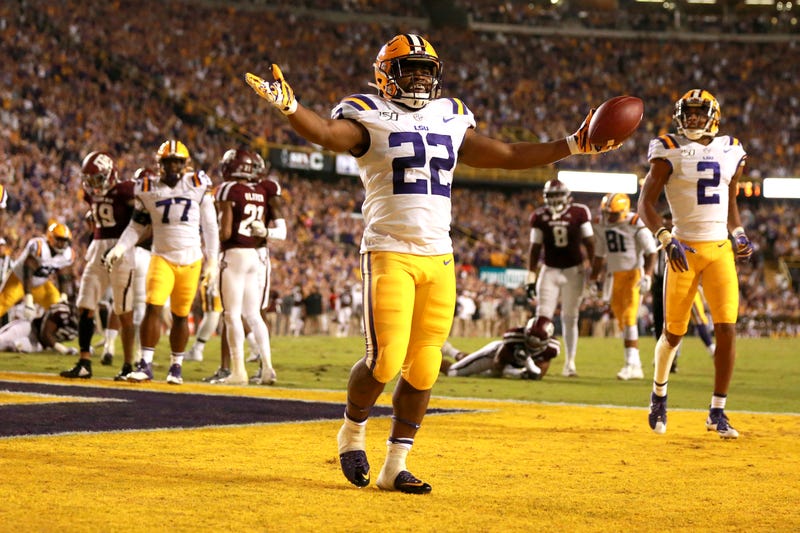 Damien Williams doesn’t have the pedigree of a Saquon Barkley or Ezekiel Elliott (he heard crickets at the 2014 Draft), but that hasn’t stopped him from pouring on 10 touchdowns over his last two seasons. Williams has arguably overachieved since linking up with Kansas City in ‘18, but he’s never resembled anything close to a three-down back, topping 100 carries just once in his six NFL seasons.

No one would bat an eye if KC stood pat, though there’s an equal probability the Chiefs—seeing their championship window as open as it will ever be—decide to pounce on a marquee ball-carrier in the first round. LSU’s Clyde Edwards-Helaire and Utah standout Zack Moss both met with Kansas City at the Combine, suggesting the Chiefs are interested in adding a piece to complement Williams and Darwin Thompson, who played sparingly as a sixth-round rookie in 2019. 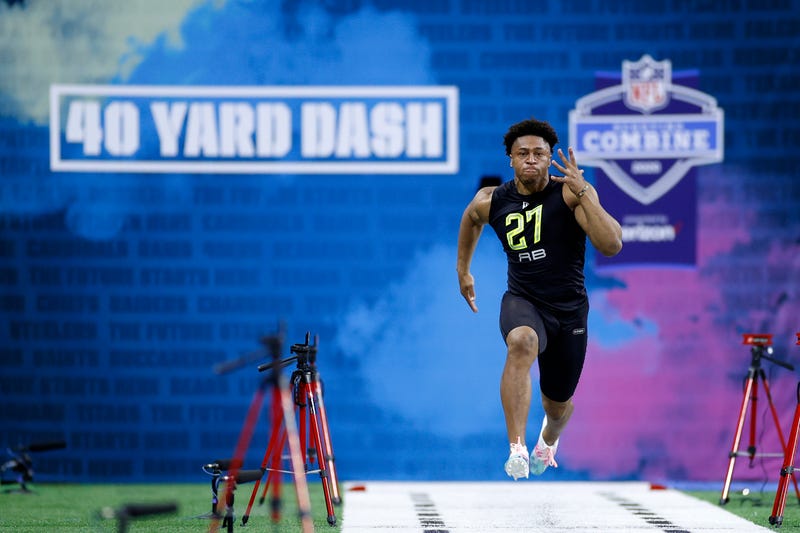 Miami’s running-back stable has been a revolving door of late with Jay Ajayi, Kenyan Drake, Damien Williams and Mark Walton among the team’s many backfield casualties. The Dolphins addressed their running-back need by doling out a two-year contract to Jordan Howard in free agency, but given his shortcomings (he’s more of a two-down thumper than a true workhorse), Howard is probably more of a Band-Aid than a long-term answer.

A two-time 1,000-yard rusher with the Bears, Howard should at least be an improvement on incumbent Kalen Ballage, who tanked as the Fins’ de facto bell-cow in 2019 (1.8 yards per carry). Miami has other problems to address—quarterback and left tackle chief among them—though luckily the Dolphins boast plenty of draft capital with three first-round selections (Nos. 5, 18 and 26) and 14 picks overall. In particular, Jonathan Taylor, who amazed with a blistering 4.39 at the Combine in February—an astonishing clip for an athlete his size—would look excellent in Dolphins teal and orange. 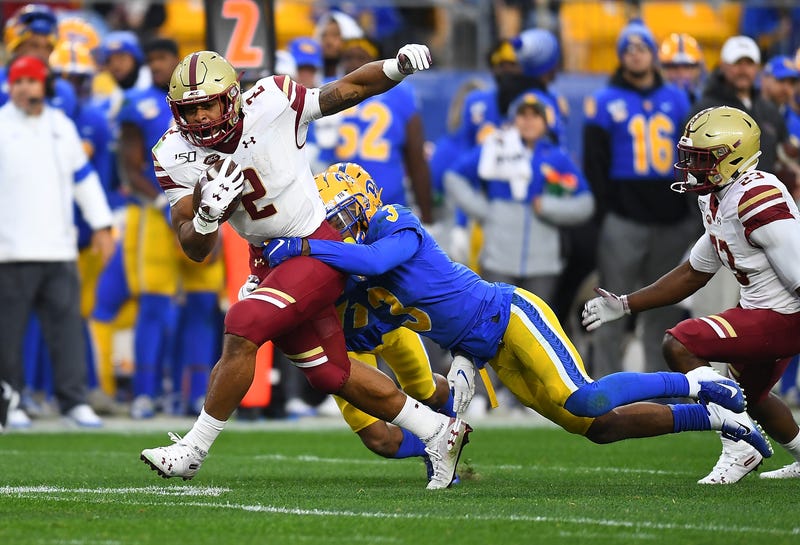 Running back isn’t L.A.’s most pressing need. Even with Melvin Gordon off to Denver (he defected to the division-rival Broncos in free agency), the Chargers still have Swiss Army knife Austin Ekeler—recent recipient of a four-year, $24.5 million extension—in their stable. Ekeler accumulated an impressive 93 catches for 993 yards and eight touchdowns out of the Bolts’ backfield last year, though, with the exception of Gordon’s early-season holdout in 2019, he’s never been afforded workhorse volume.

It remains to be seen whether Los Angeles views Ekeler as a featured runner or the committee back he’s been throughout his career. The Chargers will almost certainly fill their quarterback void in Round 1—my RADIO.COM colleague Tim Kelly has them trading up for Alabama’s Tua Tagavailoa in his latest mock. But don’t be shocked if LA adds a power back (A.J. Dillon of Boston College would do nicely) to pair with Ekeler in one of the later rounds. 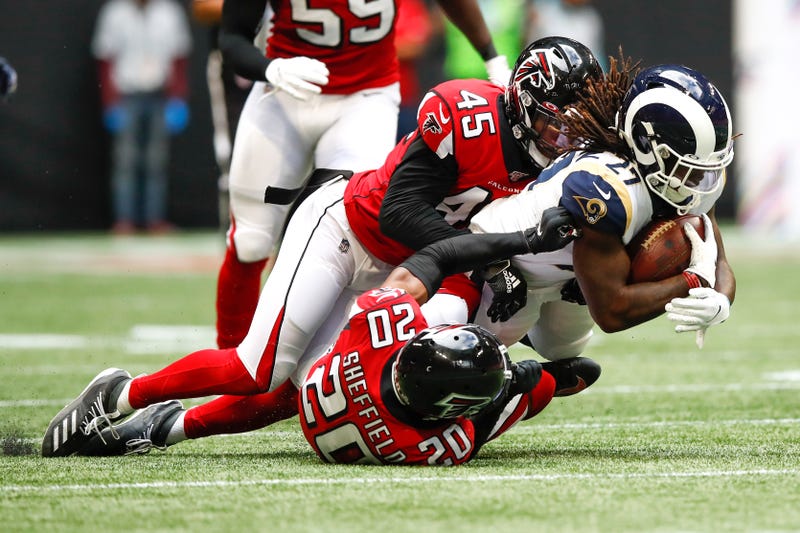 Los Angeles has a Todd Gurley-sized hole to fill in its backfield and with the draft just weeks away, reinforcements may be in order. Getting Gurley’s contract off the books was an easy call for the Rams, who are looking to shed cap space any way they can, but now what? College All-American Darrell Henderson could be poised for a feature role, though his rookie-year contributions were less than inspiring (3.8 yards per carry, no touchdowns). Short-yardage hammer Malcolm Brown should also be in that mix after vulturing five touchdowns with Gurley hobbled throughout 2019.

While not headed for a full rebuild—Los Angeles can ill afford to squander any more of Aaron Donald’s prime—the Rams could view the upcoming 2020 campaign as a transitional year of sorts, bridging the gap between their Super Bowl runner-up finish in 2018 and whatever comes next. If the Rams in their current post-Gurley incarnation are looking for a fresh backfield face, the draft should provide options. However, with only two picks in the top 100 (52nd and 84th overall), rolling the dice on another ball-carrier may not be the best use of their dangerously limited draft capital. 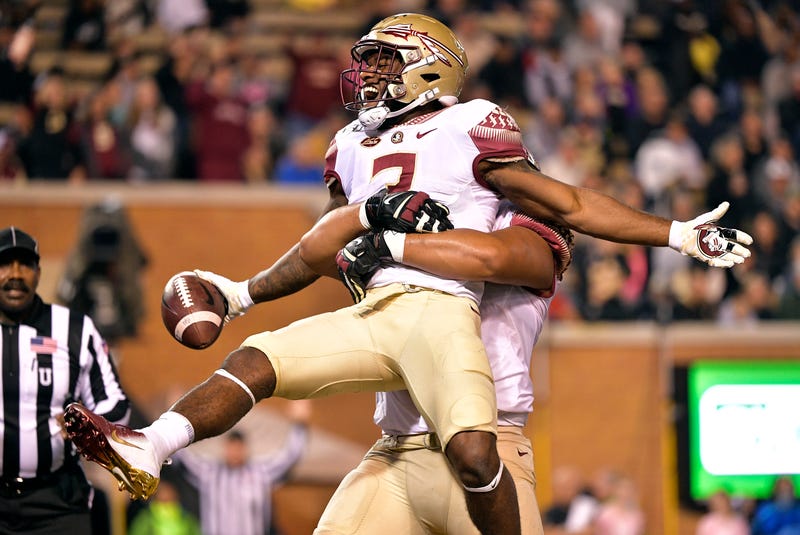 Long-time beat reporter Ed Bouchette of The Athletic has been adamant that Pittsburgh will draft a running back to replace injury-prone James Conner, who is headed into the final year of his rookie contract. It’s not a bad hunch with Conner proving unreliable and former college tight end Jaylen Samuels looking similarly ill-equipped to shoulder Pittsburgh’s backfield load (2.7 yards per carry last season). Fourth-rounder Benny Snell had his moments as a rookie in 2019, but his lack of receiving expertise and questionable athleticism are both deterrents to his long-term future as an NFL difference-maker.

Pittsburgh’s backfield simply hasn’t been the same since Le’Veon Bell’s year-long holdout and subsequent free-agent exodus. It’s anyone’s guess what they’ll do when Roger Goodell calls the Steelers to the podium later this month, though Pittsburgh has certainly done its due diligence at the running-back position, breaking bread with Zack Moss of Utah and Florida State’s Cam Akers at February’s NFL Combine. 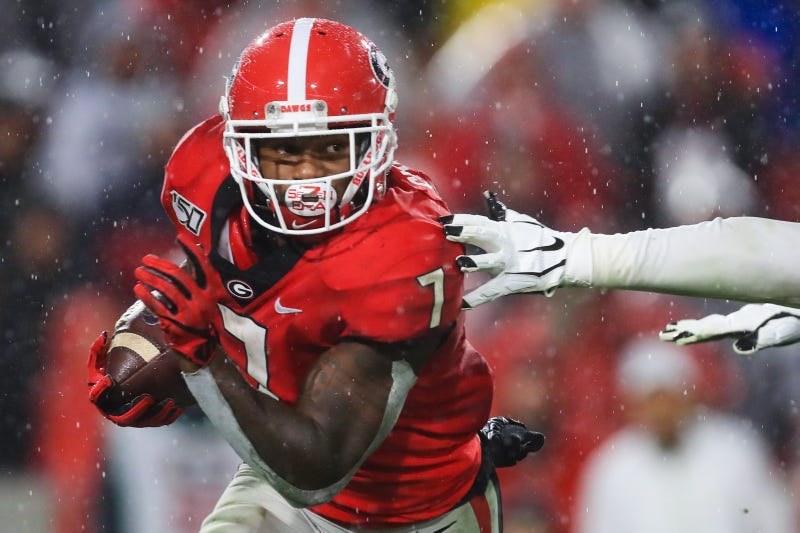 Many are excited over the prospect of newcomer Tom Brady slinging passes to Pro Bowl receivers Chris Godwin and Mike Evans, but the Bucs’ backfield is still a work in progress. Selecting a running back at 14th overall would probably be a reach. Bolstering the O line in front of Brady (who, even in his younger years, was never the fleetest of foot) should take precedence in the first round, though Tampa Bay’s running-back deficiency will need to be addressed at some point, particularly after punting the position in free agency.

The Buccaneers still have 2018 second-rounder Ronald Jones at their disposal if they choose to stay in house. The 22-year-old USC alum has room to grow, though it’s concerning he’s never risen above committee status in Tampa, even when his only competition the past two seasons has been undrafted plodder Peyton Barber (now a member of the Washington Redskins). The Buccaneers have already cast a wide net in their backfield search, meeting with the likes of Cam Akers, DeeJay Dallas, Clyde Edwards-Helaire, Antonio Gibson, JaMycal Hasty, Jason Huntley, Zack Moss, D’Andre Swift, Jonathan Taylor and Patrick Taylor on the Combine and Pro Day circuits.