It’s an annual rite of passage, an unavoidable cringe-fest served as a side dish at every NFL Draft. We all know the symptoms. The pacing, the obsessive phone-checking, the crippling desperation mounting with each subsequent camera pan. Even future first-ballot Hall of Famer Aaron Rodgers has experienced it.

Of course, I’m referring to the dreaded draft-day wait, the NFL equivalent of standing in line at the DMV. That agonizing, frozen-in-time journey from the green room to the podium to shake Roger Goodell’s outstretched hand. Every year without fail, the mock community gets its harsh comeuppance, propping up a prospect only for him to hear crickets on draft night. Who will be among this year’s forgotten few, doomed draft hopefuls trying not to be last ones picked at recess? Here are a handful of highly-touted prospects who, despite glowing collegiate resumes, find themselves trending in the wrong direction with the draft just two weeks away. 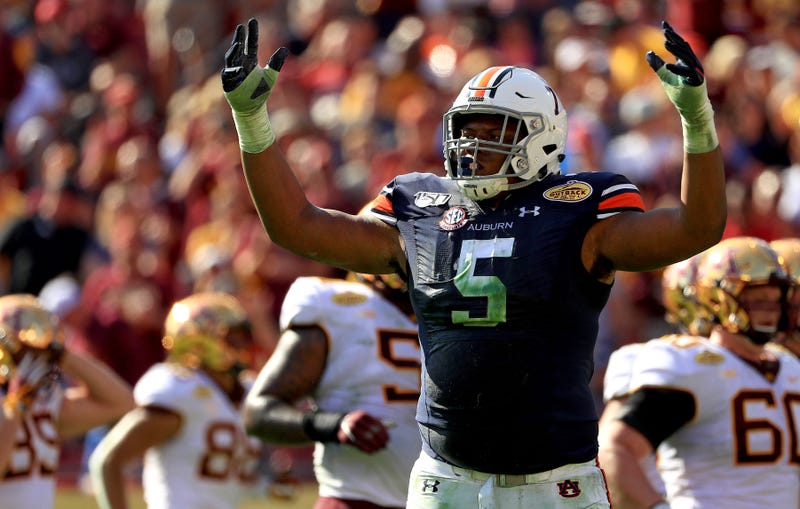 The mock-draft jury seems to be legitimately torn on Brown. I’ve seen him go as early as seventh overall to the Panthers while others have him falling out of the top 20. Brown jumped off the screen last season, emerging as one of the top defenders in college football. As dominant as Brown appeared during his Auburn swan song (the SEC crowned him Defensive Player of the Year), the Peach State native’s middling Combine performance revealed some athletic shortcomings.

We weren’t expecting the 326-pound Brown to burn rubber in Indianapolis, but his afternoon stroll of a forty (5.16) wasn’t quite what evaluators had in mind. Bombing the forty isn’t the be-all and end-all for draft prospects—take it from Tom Brady, who face-planted at the Combine only to become the greatest player in league history—and the multi-faceted Brown is certainly greater than the sum of his parts. The run-clogging 21-year-old could very well be a difference-maker at the next level (I’m in the camp that he will be), but the stain of Brown’s abysmal 45th-percentile SPARQ score could be a deterrent in his pursuit of top-10 status. 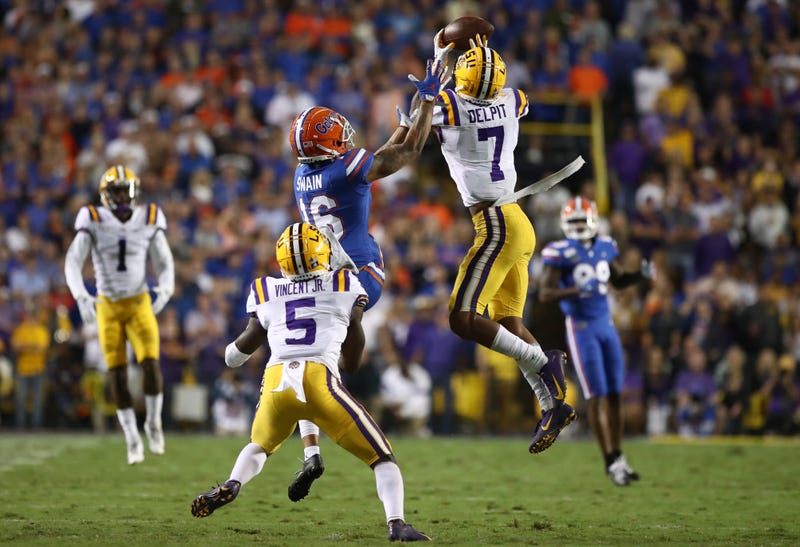 The Webster’s Dictionary definition of an overachiever (call him the Lisa Simpson of college safeties), Delpit earned an exhausting amount of hardware at LSU. I have bags under my eyes just looking at all his accomplishments—a National Championship, a pair of All-SEC nods, two appearances on the All-American team, the Jim Thorpe Award in 2019.

Delpit could run for president with that pristine resume, but if you have a discerning eye, you can find chinks in the 21-year-old’s armor. His counting stats fell off a cliff last season (two interceptions compared to five the year prior) and Delpit has yet to answer for his complete and utter no-show against conference-rival Alabama, a disaster that included an embarrassing four missed tackles. Further complicating matters, Delpit didn’t partake in any Combine events (save for the obligatory weigh-in) while recovering from a high-ankle sprain that plagued him throughout 2019. Delpit still has a chance to be the first safety drafted (though not if Alabama’s Xavier McKinney has anything to say about it), but his tackling and durability concerns could loom large when teams are called to the podium (virtually, of course) later this month. 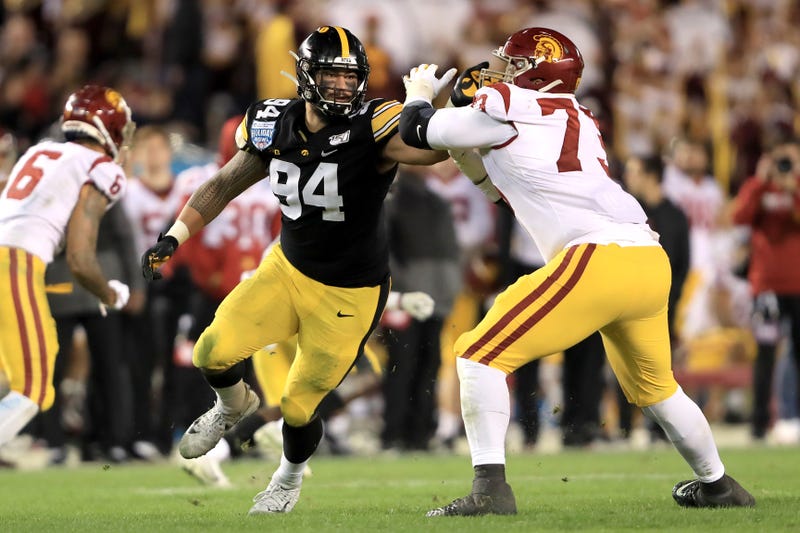 Much like Brown, Epenesa outed himself as a subpar athlete in Indianapolis, setting fire to his draft stock with a horrific Combine showing, grading in the 15th percentile of SPARQ athletes. The former Hawkeye ran with a piano on his back (he clocked a dismal 5.04 forty), bombed the bench press (not a good time for him to channel Jason Momoa in the Rocket Mortgage ad) and demonstrated a similarly distressing lack of lateral quickness (7.34 three-cone time). Once considered a safe Day-1 investment, the reeling Epenesa now finds himself fighting for his first-round life.

Epenesa’s production in the corn capital (26.5 sacks, eight forced fumbles) can’t be dismissed and the relative dearth of pass-rushers in this year’s class (there’s a steep drop-off after Chase Young) undoubtedly helps his case. The Combine is, after all, just one piece of the overarching draft puzzle. But it’s a big one and Epenesa’s meltdown in the Hoosier State could cost him a seat at the first-round table. 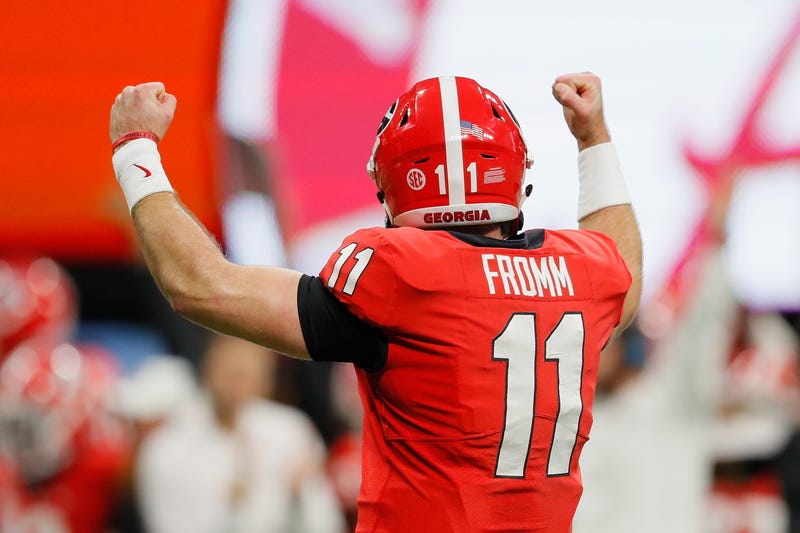 Fromm entered 2019 as a likely first-round pick but failed to build on his sophomore breakout, stumbling to career-lows in passer rating (141.2), completion percentage (60.8) and yards per attempt (7.4). The former five-star recruit had a chance to rewrite his narrative at the Combine but squandered that opportunity as well. He clocked the slowest forty time among quarterbacks (5.01) and delivered an uneven performance during throwing drills, fueling concerns over his perceived lack of arm strength.

Fromm’s intangibles are through the roof and at 21, the former SEC Freshman of the Year is still early in his development. He’s not supposed to be a finished product yet and need (the Chargers, Colts, Jaguars and Patriots are among many teams looking for new blood at quarterback) will dictate where Fromm inevitably lands on draft weekend. But strong character and SEC pedigree can only carry you so far. Even with name recognition on his side, Fromm’s disappointing farewell season in Athens combined with his equally lackluster Combine likely extinguished any lingering hopes he had of a Day-1 selection. 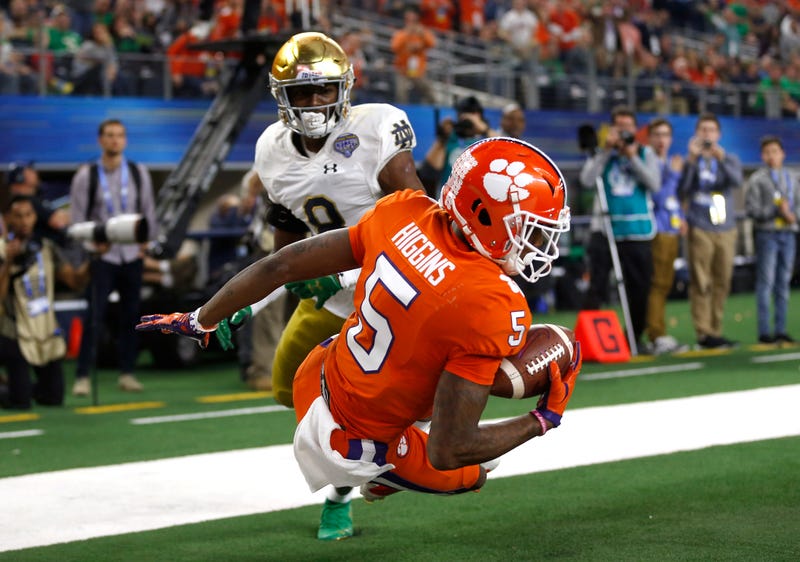 Higgins looks like an A.J. Green clone (their measurables are nearly identical), but he was MIA for the Combine and left meat on the bone with a mixed bag at his Clemson Pro Day (his forty time and vertical leap were both underwhelming). The 21-year-old checks plenty of first-round boxes—he’s huge (6’4”/216), owns a fully-furnished two-bedroom condo in the end zone (26 touchdowns over his last two seasons) and comes from a school that breeds pass-catchers (DeAndre Hopkins, Sammy Watkins, Mike Williams, Adam Humphries, Martavis Bryant and Hunter Renfrow all played their college ball at Death Valley).

Unfortunately, the receiver position is flush with talent—Jerry Jeudy, CeeDee Lamb, Henry Ruggs and Justin Jefferson are first-round locks while Brandon Aiyuk, Jalen Reagor and Denzel Mims are also in that discussion—complicating Higgins’ path to a Day 1 selection. Higgins has all the tools necessary to be an NFL stud, but the same could be said of about eight other receivers in this stacked class. Despite Higgins’ immense potential, I wouldn’t be surprised if the first-round train left without him. 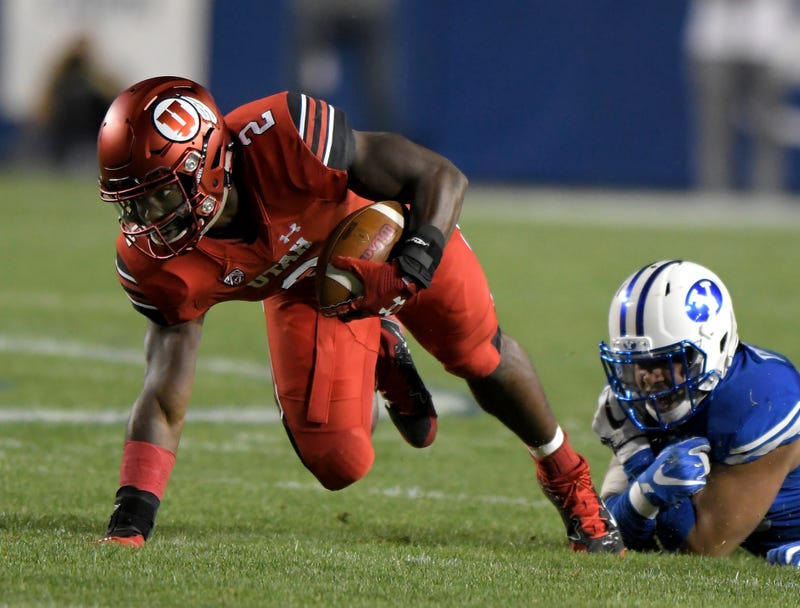 Moss will go down as the most prolific rusher in Utah history (not that Salt Lake is a hotbed for backfield talent), finishing as the school’s all-time leader in both rushing yards (3,809 for his career) and total touchdowns (38). The reigning Pac-12 Offensive Player of the Year is 223 pounds of pure muscle (he’s Doug Martin with cooler hair) and catches everything in sight.

However, he tanked the Combine, crawling to a lethargic 4.65 forty (that’s enough time for Henry Ruggs to run two forties and fix himself a ham sandwich) while grading in the 28th percentile of SPARQ athletes. Moss’ elite tackle-breaking has earned him flattering comparisons to Marshawn Lynch (author of Beast Quakes I and II), but his shoddy wheels and injury background (he underwent season-ending knee surgery in 2018) both cast doubt on his early-round aspirations. 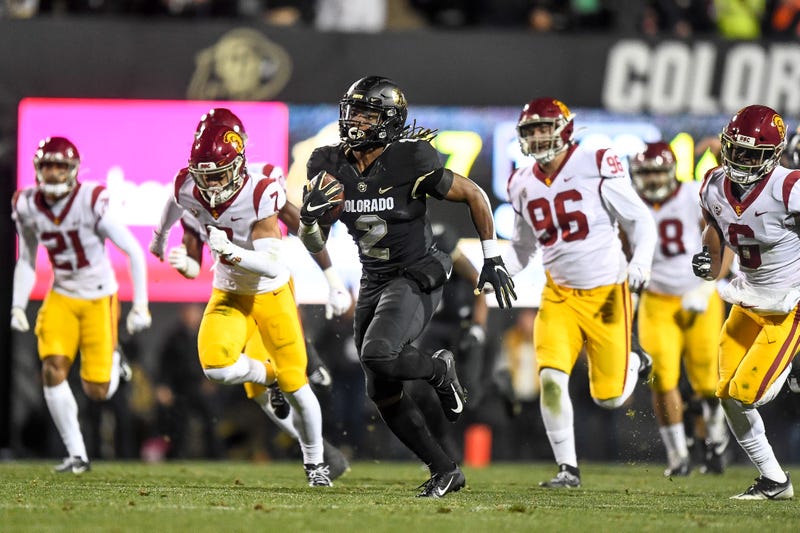 Shenault shares all the familiar traits of a draft faller. He’s coming off an injury, didn’t play particularly well last season (his receiving output plummeted from 112.3 yards per game as a sophomore to just 69.5 in 2019) and completely chunked it at the Combine (4.58 forty).

That’s three strikes right there, though Shenault’s saving grace is that nobody can tackle him. The beefy 6’1,” 227-pounder has a lot of A.J. Brown to his game and is nimbler on film than his sluggish forty time would indicate. His seven rushing scores in Boulder were eye-opening and a sign of Shenault’s rare versatility as a receiving jack-of-all-trades. Shenault has the type of skill set teams salivate over, though recency bias combined with the stiff competition he faces in a saturated receiver class could be his ultimate undoing.