Week 6 of the 2019 NFL season featured a quarterback attributed his success, at least in part, to ignorance to what the outside world says about him. It also was probably the moment that the outside world was forced to stop being ignorant about the success of one of the NFL's two remaining undefeated teams.

Here are three takeaways from Week 6 of the 2019 NFL season: 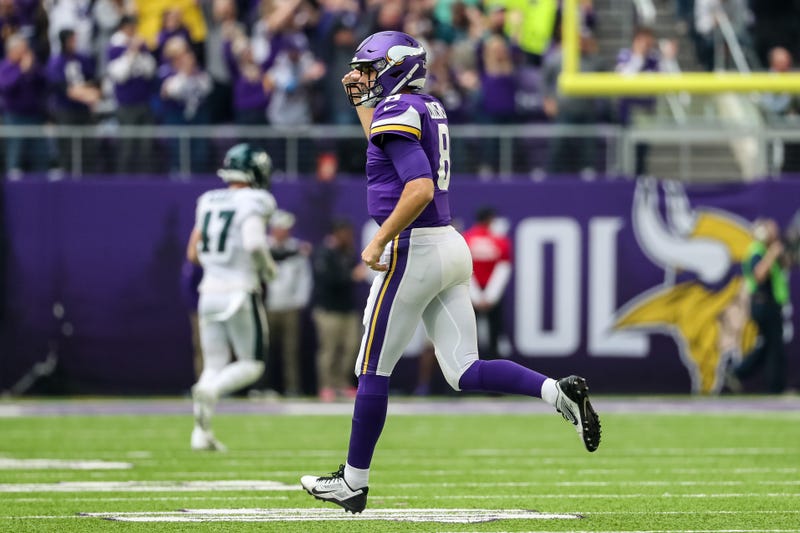 Kirk Cousins turned in one of the best performances of his career Sunday. Photo credit (Brace Hemmelgarn/USA Today Images)

1. Kirk Cousins And The Vikings Made A Statement

Ahead of the Minnesota Vikings-Philadelphia Eagles Week 6 tilt, Eagles linebacker Zach Brown referred to Vikings quarterback Kirk Cousins as the "weakest part" of the Vikings offense. It was especially notable because Brown had 127 combined tackles in 2017, when he was playing for the Washington Redskins, who were quarterbacked by Cousins.

After Sunday afternoon's game, Cousins said that he was unaware of what Brown had said. The eighth-year pro sure played like he was trying to send a message Sunday.

The 31-year-old quarterback turned in one of the best games of his career Sunday, going 22/29 for 333 yards four touchdowns and just one interception.

Just two weeks ago, Adam Thielen was critical of Cousins after a 16-6 loss in Chicago. Thielen, a week after racking up 130 yards in New York against the Giants, caught six passes for 57 touchdowns and a touchdown.

Stefon Diggs, who seemed to be attempting to push his way out of Minnesota a couple weeks ago, is now a candidate for NFC offensive player of the week, after catching seven passes for 167 yards and a touchdown:

So how did Cousins manage to not hear Brown's criticisms during the week?

“I didn’t even know what he said,” Cousins said. “I really do stay ignorant, not read anything, and that’s for my best interest. Zach was a teammate in Washington. He’s one of the better linebackers I’ve played with or against. I have a lot of respect for him, and if you’re trying to write a story about how it was a motivator this week, it wasn’t because I didn’t know about it.”

It would behoove Cousins to remain "ignorant" moving forward. Even at 4-2, the Vikings face far from a certain path to the postseason after a disappointing 2018 campaign. The NFC North may be the most difficult division in the NFL, as every team in the division has a winning record. To make matters worse, the Vikings have already lost to the division-rival Chicago Bears and Green Bay Packers. So Brown will certainly not be the last detractor of Cousins this season. But for a day, whether he's aware they exist or not, Cousins quieted some of his critics. 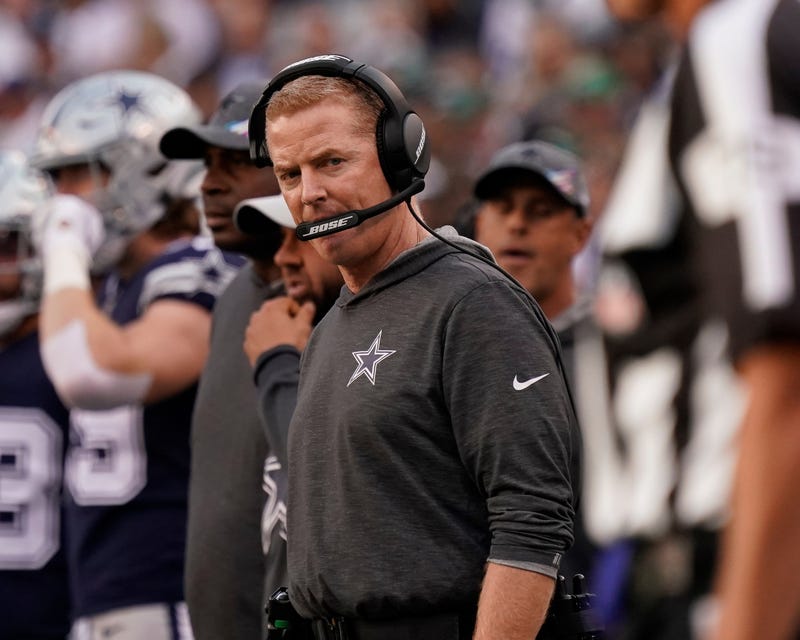 Second-year quarterback Sam Darnold returned from mononucleosis Sunday after a three-game absence, and for a half, the Jets looked like an elite offense.

Adam Gase's squad entered halftime with a 21-6 lead, which was already a season-high in points scored in a single game for the previously winless Jets. The highlight of an impressive - and rather shocking first half - was a 92-yard touchdown pass from Darnold to Robby Anderson in the second quarter:

As the game wore on, though, it became less about a potential resurgence from the Jets, and more about a Cowboys team that's floundering since a 3-0 start.

The Cowboys actually limited the Jets to just three points in the second half, but still lost the game 24-22 after failing to complete a two-point conversion late in the fourth quarter.

After wins over the New York Giants, Washington Redskins and Miami Dolphins to open the season, the Cowboys have lost three straight games. It was one thing to lose to the New Orleans Saints and Green Bay Packers. Falling to the Jets, even if they nearly erased a 15-point halftime deficit, raises serious questions about the Cowboys chances to make a legitimate playoff run in the NFC.

You also get the sense that the seat of head coach Jason Garrett is heating up rather rapidly.

Tony Romo, who spent the bulk of his career playing for Garrett, had a Freudian slip while calling the game for CBS:

"I see a lot of Jason Garrett's footprints in this offense."
-@tonyromo

Perhaps worse were the optics of some of Garrett's players seemingly uninterested in high-fiving him as they came off the field late in the fourth quarter:

Poor Jason Garrett trying to get a high five 😂😂😂 pic.twitter.com/9uqq5lUWVg

In Week 7, the Cowboys will host the division-rival Philadelphia Eagles on Sunday Night Football. Both teams entered the season with Super Bowl aspirations, but are 3-3 after six weeks. A win will put them into the driver's seat in the NFC East. A loss may seriously start the clock on Garrett's time in Dallas. 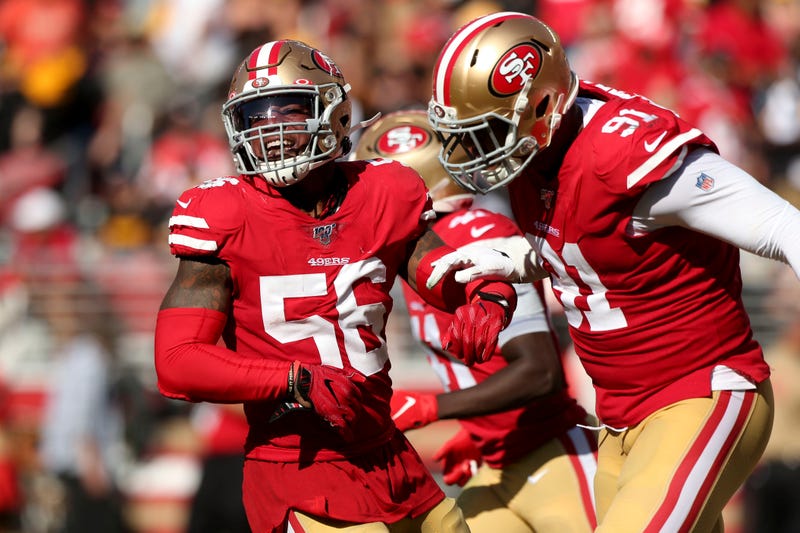 It's time to start taking the San Francisco 49ers seriously. After all, they'll exit Week 6 as one of the two undefeated teams in the NFL.

Kyle Shanahan, considered one of the best offensive minds in the NFL, isn't presiding over what feels like a special offense. This certainly isn't equivalent to the John Elway, Terrell Davis, Shannon Sharpe offenses that his father, Mike, led in Denver. Heck, the 49ers don't have the type of offensive talent that the Atlanta Falcons did in 2015 and 2016, when Shanahan was their offensive coordinator.

But after six weeks, the 49ers are 5-0, and have a top-five ranked offensive unit. Tevin Coleman, one of their big offseason pickups, is averaging over four yards a carry - he's third in the team in rushing yards. Raheem Mostert is averaging 5.5 yards per carry, and has racked up 249 rushing yards. In traditional Shanahan fashion, their leading running back has come out of nowhere, as Matt Breida has 376 rushing yards on 5.8 yards per carry. The strangest dynamic is that Jeff Wilson Jr., not any of the aforementioned trio, leads the team with four rushing touchdowns.

Jimmy Garoppolo has been pretty pedestrian, as he's averaging 232.6 yards per game, and has thrown seven touchdowns and five picks. He does appear to be starting to get on the same page as star tight end George Kittle, who, despite being questionable entering the game, had a season-high 103 receiving yards in Sunday's win over the Los Angeles Rams. But prior to the season, most would have thought that the 49ers path to an improbable 5-0 start would have been a breakout season for the 27-year-old Garoppolo. That hasn't happened, at least thus far.

Make no mistake, though, the 49ers defense has been their best unit. RADIO.COM's Ross Tucker joked Sunday that it's a near certainty that 49ers defensive coordinator Robert Saleh is a near lock to become a head coach this upcoming offseason because of his "energy and fire." While that may prove to be true, owners searching for a new head coach may not hate the fact that he's leading one of the sport's best defenses either.

The Los Angeles Rams issues appear to be deeper than playing the 49ers stout defense, but the defending NFC Champions were held to just seven points at home by the 49ers Sunday. Jared Goff, who threw for over 4,600 yards a season ago, was limited to just 78 passing yards the entire game.

Whether the 49ers having a top-five offense proves to be sustainable or not, it doesn't appear that their defense is going anywhere. A unit that includes Fred Warner, Kwon Alexander, DeForest Buckner, Arik Armstead and Richard Sherman, among others, is limiting opponents to just 12.8 points per game. The most points they've allowed in a game this season is 20.

With the Seattle Seahawks at 5-1 and some thought that the 3-3 Rams will rebound, the NFC West could prove to be one of the toughest divisions to win. But it's time to stop discounting the 49ers chances at doing so.