There's quite a few days in December that it's important to make sure you don't have conflicting events on. But with all due respect to some days later in December, Week 4 of the NFL season demonstrated that Dec. 8 might turn out to be the most enjoyable day for NFL fans.

Here's a look at three takeaways from NFL Week 4: 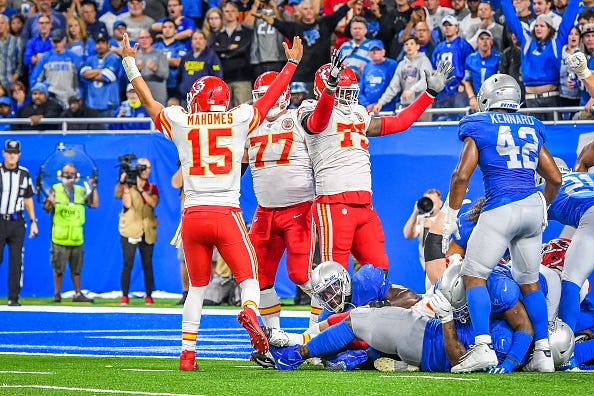 If you haven't already, clear your schedule on Dec. 8 around 4:25 p.m. ET. The New England Patriots will host the Kansas City Chiefs at Gillette Stadium. At a minimum, the winner of that game may decide home field advantage in the AFC playoffs. And it doesn't feel like a stretch to think that at least one of the two could be undefeated entering that game.

Neither the Patriots nor Chiefs had sexy victories Sunday, but they won nonetheless, and both are 4-0 a quarter of the way into the 2019 campaign.

Tom Brady looked rather mortal Sunday, throwing for just 150 yards and one interception against a stout Buffalo Bills defense. Still, what's turning into a dominant Patriots defense picked off Josh Allen twice and forced two fumbles. Orchard Park isn't an easy place to win, but the Patriots escaped Buffalo with a 16-10 win over the previously undefeated Bills:

Meanwhile, Patrick Mahomes didn't have the offensive explosion that many expected him to have in his first game in a dome. In fact, the reigning NFL MVP didn't throw a single touchdown Sunday afternoon, marking just the third time in 21 career regular season games that he didn't throw at least one touchdown pass.

Here is Patrick Mahomes' game-winning drive against the Detroit Lions.

Maybe the least flashy, most surgical thing he's ever done.

Don't get it twisted, though - the Lions didn't shut down Mahomes. In a down game (at least by his standards), Mahomes threw for 315 yards and rushed for 56 yards as well. Despite a three-touchdown performance from Matthew Stafford Sunday, Mahomes led the Chiefs down the field on a 13-play, 79-yard drive that culminated with Darrel Williams rushing for a 1-yard touchdown to hand the Detroit Lions their first loss of 2019.

The 2007 Patriots, the only team in NFL history to finish a regular season 16-0, were arguably the most dominant team ever, but that doesn't mean they didn't pull out any close victories. They defeated A.J. Feeley and the Philadelphia Eagles just 31-28 in Week 12, before squeaking out a 27-24 victory in Baltimore on Monday Night Football a week later. In Week 17, they delivered a record-breaking performance in many regards, but Brady, Randy Moss and the Patriots defeated the New York Giants by just three, winning 38-35.

There are 69 days until the Patriots host the Chiefs in what's likely to be the regular season's nicest matchup. But whose counting? 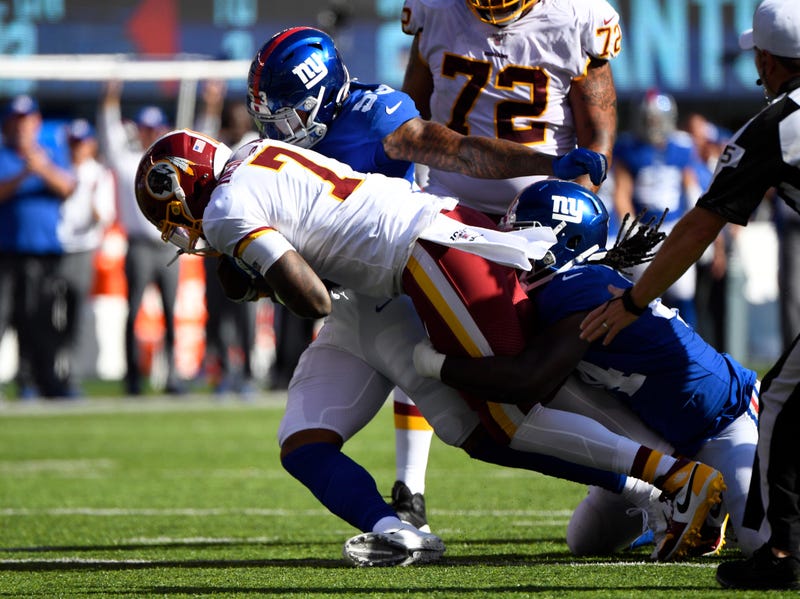 2. The Redskins Are A Really Bad Football Team Right Now

Jay Gruden and the Redskins seemingly had a plan for first round pick Dwayne Haskins that they abandoned Sunday. In fairness to the Redskins, after a pretty brutal showing on Monday Night Football a week ago, Case Keenum threw an early interception Sunday and has dealt with a foot injury (though Gruden says that didn't lead to his benching). An argument can be made that the Redskins were left with no choice other than to throw their rookie quarterback into the fire.

But that's exactly what the Redskins did - they threw Haskins into the fire. He came into a road game where the Redskins were trailing the Giants 14-0, and left having thrown three interceptions in a 24-3 loss:

The Redskins have had one of the more difficult schedules to open the 2019 season, but they weren't far from making it out of that stretch without having forced Haskins, a former star at Ohio State, into the mess. Instead, he struggled in his debut, and if he starts next week, he'll make his first start against Bill Belichick and the Patriots. Fun!

In a perfect world, the Redskins would have been able to use Keenum as their starter through the first five games of the season, then have Haskins make his debut in Week 6, when the Redskins will travel to Miami to face perhaps the only team in the NFL worse than them. It isn't a perfect world, of course, but forcing Haskins into action Sunday and potentially into a situation where he'll make his starting debut against the greatest dynasty in NFL history seems sub-optimal.

Beyond the quarterback position, the Redskins are giving up 29.5 points per game. Since taking a 17-0 lead over the Philadelphia Eagles in Week 1, the Redskins have been outscored 118-49. Adrian Peterson, who was understandably frustrated by being inactive Week 1, is averaging just 2.7 yards-per-carry through his first three games of 2019. Derrius Guice is still recovering from having surgery on a meniscus tear he suffered in Week 1.

Gruden's tenure as Redskins head coach certainly hasn't been Joe Gibbs-esque - he's now 35-48 as the team's head coach. But as far as head coaches go in the Daniel Snyder era, he's been a stabilizing force just by lasting six years. But through the first quarter of the 2019 season, the Redskins have started to feel awful circus-y again. 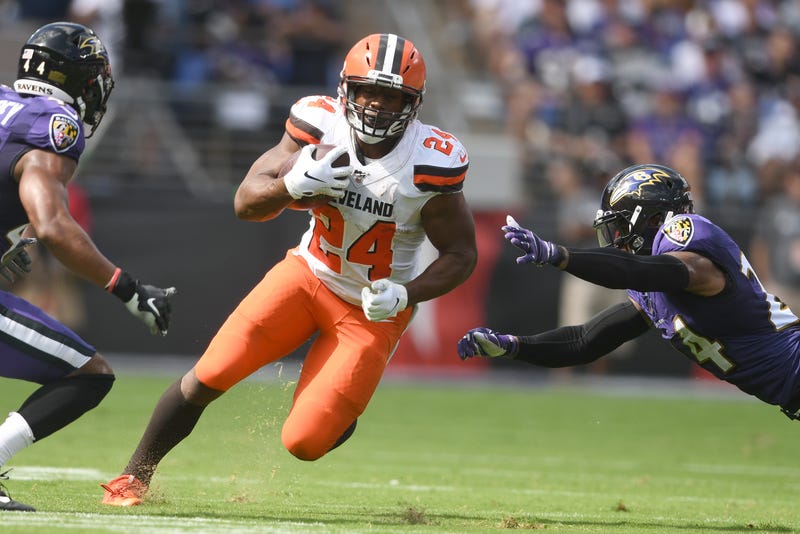 3. The Browns Are Weathering The Storm

There are stretches of the NFL season where it's crucial to just stay above water. The Cleveland Browns are in that situation right now. They succeeded at treading a little longer Sunday.

Sunday, the Browns played the second game of a trying five-game stretch that will see them face the Los Angeles Rams, Baltimore Ravens, San Francisco 49ers, Seattle Seahawks and New England Patriots. Given that the Ravens are the only team in their division during that stretch, they were perhaps the most important team to defeat, and that's exactly what the Browns did Sunday.

After Freddie Kitchens inexplicably used Nick Chubb on an unsuccessful draw play on fourth-and-long in the Browns' Week 3 loss to the Rams, he and the Browns leaned on Chubb for 165 yards and three touchdowns Sunday. Chubb's 88-yard touchdown in the fourth quarter was the longest run so far this NFL season, and helped cement a 40-25 victory:

After the win, the Browns are 2-2, the same record as Lamar Jackson and the Ravens. With both the Pittsburgh Steelers and Cincinnati Bengals looking for their first wins of the season on Monday Night Football this evening, the Browns now have a win in hand over the team they are tied with at the top of the AFC North.

Just imagine if Baker Mayfield, Odell Beckham Jr. and Jarvis Landry heat up through the air...