There are plenty of high-profile free agents to hit the open market this year, but none bigger on the defensive side of the ball than defensive end Jadeveon Clowney.

Clowney, 27, is coming off a an injury-ridden 2019 campaign that will require core surgery this offseason. After being traded from the Houston Texans to the Seattle Seahawks before the start of the season, Clowney saw his sack numbers go down considerably.

That does not paint the whole picture, though. When Clowney was healthy and on the field, he was a difference-maker. He gets pressure on the quarterback and has the ability to stuff the run. He had a career-high four forced fumbles, and in the playoffs he had half his season sack total with 1.5, plus nine tackles in two games, although he hurt Seattle with penalties against Green Bay and became public enemy No. 1 in Philadelphia for his hit on Carson Wentz.

While some may point to his low sack total, it will not stop the pass rusher from garnering a big contract this spring. He plays a position that is a premium and can be the missing piece for a defense.

Plenty of teams would love to have Clowney, but the three-time Pro Bowler has already seemingly narrowed down the field. Following the Seahawks’ elimination to the Green Bay Packers in the NFC Divisional Round, it was reported Clowney would only sign with a Super Bowl contender.

With that premise, here are five teams that could make a play for Clowney:

Sure, they missed the playoffs in 2019 but that should not preclude them from making Clowney’s short list. The Cowboys have all the necessary pieces to contend for a Super Bowl in 2020: a quarterback, an elite running back, strong offensive line and now they have a head coach with a Super Bowl on his resume.

The Cowboys were not bad on the defensive side of the ball, either, ranking 10th in passing yards allowed and 11th in rushing yards allowed. They did, however, rank 25th in takeaways and 16th in sacks. Adding a player like Clowney would certainly seem to bolster those numbers and can take the Cowboys’ defense to the next level. 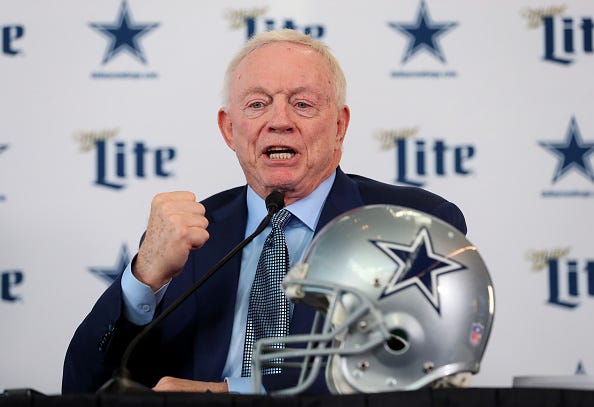 As for the money, the Cowboys have lots of it to spend. As of Jan. 11, overthecap.com projects the Cowboys to have approximately $81 million in cap space. Much of that could go to Dak Prescott and Amari Cooper, but there should be enough left over for Jerry Jones to make a splash with an outside signing, and what better way to do that than by signing Clowney? Plus, it would be another way for Clowney to stick it to Eagles fans.

Clowney wants to play for a Super Bowl contender, and if players want to win a Super Bowl, New England is typically the spot they go. The Patriots have been to nine of the last 19 Super Bowls, including four of the last six. Plus, the Patriots could be losing some key pieces on their defense, such as outside linebacker Kyle Van Noy. Considering these factors, a Clowney-Patriots marriage makes a lot of sense.

Of course, there are a lot of other variables in place. For starters, the Patriots are only projected to have approximately $46.9 million in cap space, per overthecap.com as of Jan. 11. Much of that cap space could go to a contract to bring back Tom Brady. If Brady does not come back, the Patriots have far bigger concerns to address than a pass rusher. They will need to know who their quarterback is heading into the 2020 season. Without Brady or a quarterback in place, New England suddenly becomes a tougher sell for someone like Clowney looking to join a contender. 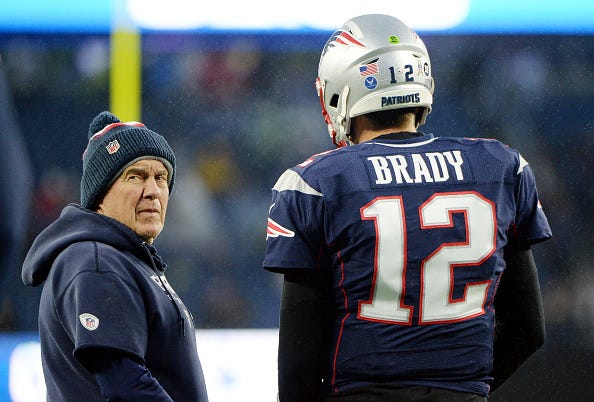 Bill Belichick glares behind him during a conversation with Tom Brady. Photo credit Getty Images

But because Brady could come back and the franchise’s track record of success, the Patriots should not be counted out as a team that could potentially be in play for Clowney.

The Baltimore Ravens are an interesting possibility for Clowney. Clearly, they are among the best teams in the NFL despite a Divisional Round ouster, and they are built to win a championship now. They should certainly be on Clowney’s short list, but the question is whether or not the feeling is mutual. Overthecap.com estimates the Ravens to have $33.8 million in cap space, and are faced with re-signing their own pass rusher, Matthew Judon.

The difference between the two would likely only be a couple million per year, but the Ravens have the advantage of placing Judon on the franchise tag if they fear he could leave and not want to lose him. It is highly unlikely there is a scenario where both would be on the team in 2020, but the Ravens basically would have to ask themselves which pass rusher would they rather have for the foreseeable future?

The 2019 season may not have been a fluke for the Tennessee Titans. The team has found a formula for success and they will have some decent cap space — about $60 million — to spend this offseason. Obviously, re-signing Derrick Henry will be atop their list, and they must make a decision on what to do with Ryan Tannehill. But they should not be slept on as a potential landing spot for Clowney. 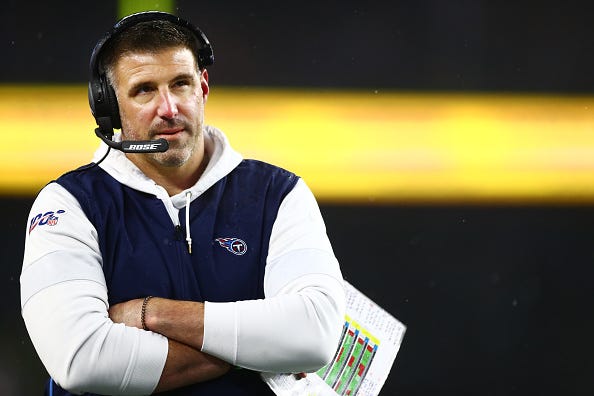 Tennessee had a solid defense in 2019, but it still lacks any sort of star-power and true difference-maker, which is where Clowney comes in. If the Titans can figure out a way to have enough money to spend after taking care of Henry and Tannehill, Clowney should be on the table. Clowney also has some prior history with head coach Mike Vrabel which should not be overlooked, either. Before he was head coach of the Titans, Vrable was the defensive coordinator for the Texans in 2017, which also happened to be Clowney’s most productive season of his career.

The Seahawks gave up a third-round pick and some lower tier defensive player to acquire Clowney from the Texans, but they promised they would not tag him, meaning he is free to test the open market. The Seahawks are projected to have $62.7 million in cap space, per overthecap.com, so they certainly have the means to bring back Clowney, and the Seahawks are definitely a team that is in contention, but is Seattle willing to pony up to retain him? 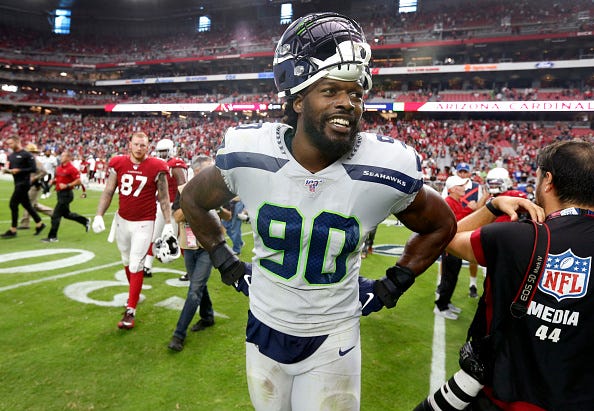 The Seahawks did not want to give Frank Clark an extension, an instead traded him to the Kansas City Chiefs where he was signed to a five-year deal worth $105.5 million with $63.5 million guaranteed. Clowney may come at an even higher price tag, but without Clowney, the Seahawks’ pass rush looks pretty thin. Unless there is another pass rusher who the Seahawks can acquire, they may have no choice but to make an aggressive play to keep Clowney.