You know when someone tells a funny joke, but you can tell they aren't doing so for laughs? Wednesday, Green Bay Packers quarterback Aaron Rodgers had one of those moments when asked how he feels about the team holding joint practices during Training Camp with the Houston Texans.

"I wouldn't mind if they didn't do it [hold joint practices] for another 14 years," Rodgers said with a smile to the collective media Wednesday, including Joe Zenzola of 105.7 The Fan.

Ahead of their preseason tilt Thursday, the Packers have hosted the Texans at Ray Nitschke Field this week. Rodgers, specifically cited live special teams drills in practices being a bad idea. Entering his 15th season with the Packers, he also knows the value that Training Camp brings to the local economy, and isn't keen on the idea of taking away a few days from that to practice elsewhere.

"Look, that's out of my control," Rodgers continued. "I think they key for all of us here is how important training camp is to not only our fans, but the local businesses. So unless we're going to California, I would kind of be bummed out if we had to go to another city." 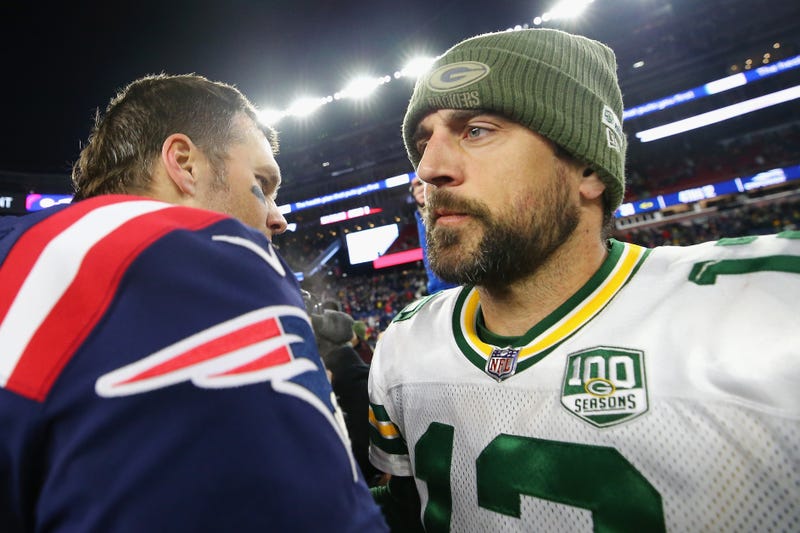 2019 will be the first season of Rodgers' career where Mike McCarthy isn't his head coach. Though the two guided the Packers to a victory in Super Bowl XLV, eight years have gone by since then. In that timespan, Tom Brady and the New England Patriots have won three Super Bowls and appeared on the sport's biggest stage five times. It feels like a large chunk of Rodgers' peak was spent with a head coach that, by most accounts, he didn't have a good relationship with.

The deterioration in the relationship between Rodgers and McCarthy - who was fired after an inexplicable Week 13 loss to the lowly Arizona Cardinals - makes how Rodgers gels with new head coach Matt LaFleur one of the most interesting storylines of the 2019 season.

For his part, LaFleur, who spent 2018 as the Tennessee Titans offensive coordinator, feels very good about the joint practices. He said "absolutely 100 percent I want to do this again," and hinted at doing multiple in a given Training Camp as a way to constantly be seeing different looks.