Thursday morning, Pro Football Hall of Famer Shannon Sharpe said on FS1's "Undisputed" that after hearing Drew Brees' controversial comments on kneeling during the national anthem that the quarterback "should probably retire." Over the weekend he got a call from an unlikely source in response to the clip - Brees.

After Brees received widespread condemnation last Wednesday for suggesting in an interview that peacefully protesting by kneeling during the national anthem was "disrespecting the flag," he's since apologized in a variety of ways. Thursday morning, he issued a lengthy statement on Instagram apologizing. He followed that up Thursday evening with a video statement on Instagram, vowing to "be part of the solution." And after President Donald Trump tweeted that he didn't believe Brees needed to issue an apology for his original comments, Brees took again to Instagram Friday night to explain why he believes he did need to apologize and that he thinks the country needs to come together to assure better treatment of African-Americans, specifically in cases involving law enforcement.

That's what he did for the public to see. Behind closed doors, Sharpe says that he and Brees had a lengthy conversation this past weekend.

"So he calls and we started talking. I said 'The floor is yours, you tell me what you're thinking and I'm gonna tell you what I'm thinking and why I reacted the way I reacted.' He says 'First of all, I want to apologize. I want to say that I'm sorry, not only just to you, but to the entire black community.' He said 'I can understand how what I said - going back and looking at it - I can understand the feelings that you guys felt because it does come off that I lack compassion...that I lack empathy...that I lack understanding. And that's not me, that's not my heart.'

"He just says 'If anything, if you know me - and you don't really know me well, but we've been around each other - I think you know that I have a good heart and that I've immersed myself in New Orleans since I arrived here in 2006. So for 15 years, I've been a pillar in the community, I don't want one bad mistake, I don't want one slip-up to ruin everything that I've built.'

In his initial comments, Brees said that part of the reason he feels so passionately about saluting the flag is because his two grandfathers fought in World War II. Sharpe says that he reminded Brees that many African-Americans fought in World War II, only to return home and have to struggle under Jim Crow laws. In Sharpe's opinion, that legacy is a large reason why not everyone feels the same things that Brees does when he sees the American flag. Brees told Sharpe that after discussing the comments with a number of teammates, he was able to understand the pain that he caused, and the history that has led to them feeling how they do. 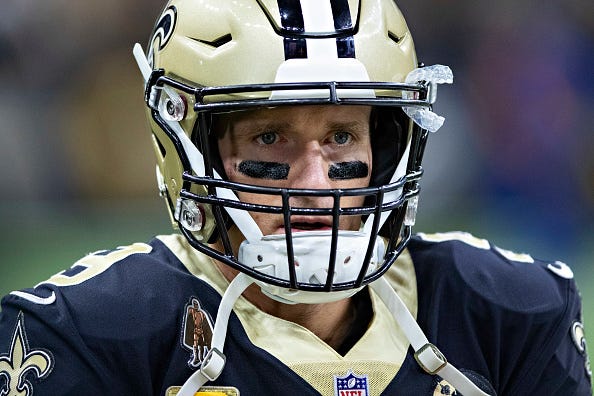 Additionally, Sharpe says he told Brees that the African-American community was especially disappointed in the messenger of the comments, because Brees has largely been a positive figure in a city with a population that is nearly 60 percent black.

"I said 'Drew, let me break it down to you in a nutshell. What hurt the most is because it came from you. Drew, no white quarterback in the history of the NFL has had black support like you got it. We don't need to get into different quarterbacks, but other quarterbacks could have said exactly what you said, and everybody would have been upset, but said 'you know what, I expected that from him - I expected nothing less.' But given what you have done in the community in New Orleans with Hurricane Katrina (and) donating $5 million out of your pocket during this pandemic to feed the hungry, and (the reaction was) Drew?' I said 'Drew, why do you think your teammates lashed out like that? Because they couldn't believe that came from you.'"

"And after talking to him, I could feel the pain. And I'm not a guy that is easily forgiving. You've got to show me. And he said 'So what should I do moving forward?' I said 'Drew, don't issue any more apologies. Let me tell you what's going to happen. There's going to be a certain segment that says 'Drew Brees is only apologizing because he got caught in this firestorm.' Then there's going to be another group that says 'You know what? I'm looking at his actions and they match his words. He said he was going to do this - he's doing this. You cannot concern yourself about the ones that are not going to be willing to forgive.'"

So what camp is Sharpe in?

"I don't believe one incident - I mean, there are certain things that can - but I don't believe that him saying what he said should be the end of Drew Brees. I believe he deserves an opportunity for redemption, because he's been too good in that community to let this one slip-up undo 15 years of great service." 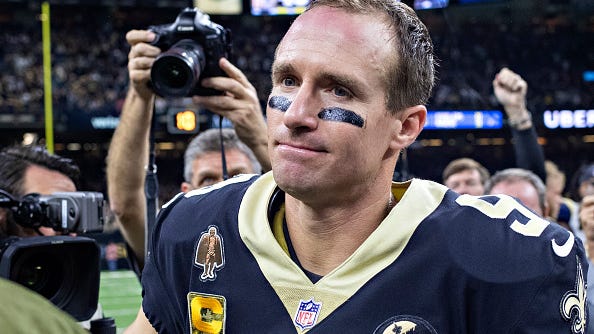