Indianapolis Colts general manager Chris Ballard said Tuesday that he's "not ready" to say that four-time Pro Bowl quarterback Andrew Luck won't be on the field when the Colts travel to Los Angeles to open their season against the Chargers on Sept. 8.

But he's not ready to say that Luck will play in Week 1, either.

In fact, Luck, who will turn 30 before Week 2, is no longer just dealing with a calf injury. Ballard said Tuesday night that the former No. 1 overall pick is dealing with a "high-ankle issue." While Stephen Holder of The Athletic cautions that the injury has not been diagnosed as a high ankle sprain, Luck doesn't appear to be moving in a positive direction in his attempt to recover from a calf injury that has essentially made this a lost Training Camp.

Luck did say last Monday that he "certainly" expected to play in Week 1, though he seemed to leave himself some wiggle room by adding the qualifier that being ready for Week 1 of the season was "the goal." 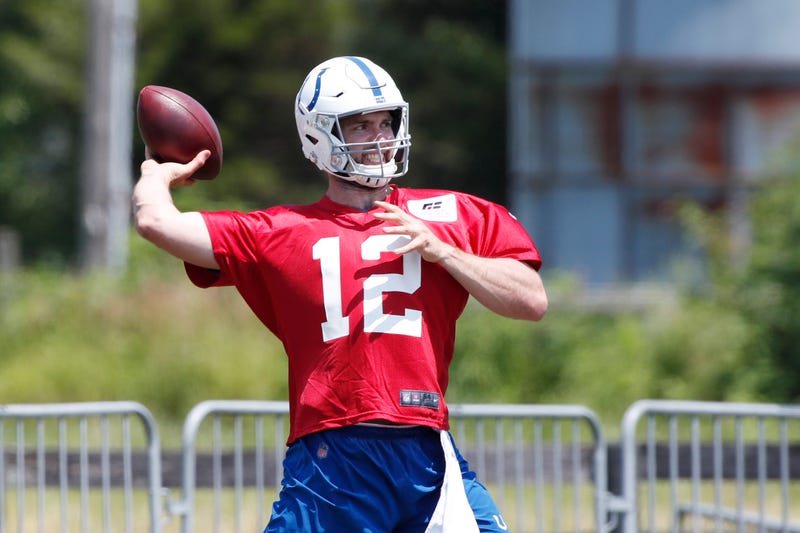 It's unclear if Andrew Luck will be ready for Week 1. Photo credit (Brian Spurlock-USA TODAY Sports)

If Luck isn't able to achieve his goal of being ready to open the season, Jacoby Brissett will lead the Colts to open the season. Brissett and Jimmy Garoppolo did help the New England Patriots to start 3-1 in 2016 when Tom Brady was suspended for the first four games of the season. Brissett started 15 games in Luck's absence in 2017, and while the Colts went just 4-11 in those games, that was under Chuck Pagano's staff, not the one led by current head coach Frank Reich.

Prior to the 2018 season, Ben Volin of The Boston Globe reported that the Colts had turned down an offer of a second-round pick for Brissett. As perplexing as that may seem from a variety of angles, it gives you a good idea of how confident they are in Brissett's ability to fill in for Luck for a few games.

But Luck tossed 39 touchdowns and threw for nearly 5,000 yards in 2018. If he misses any extended period of time, the Colts are probably in big trouble in an AFC South that seemingly has four teams that could compete for the postseason.