The NFL's preseason is halfway over, and even with teams becoming increasingly hesitant to play their stars in exhibition games, it hasn't exactly been a slow news week for the NFL.

Here are three takeaways with the NFL regular season nearing.

1. It Feels Like We're Trending Towards an 18-Game Season 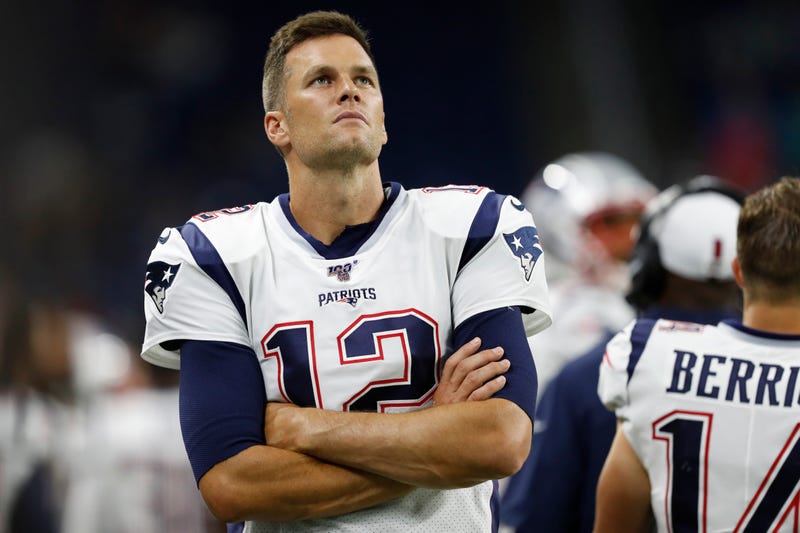 Tom Brady is yet to play in the NFL preseason. Photo credit (Raj Mehta/USA Today Images)

Never mind that Aaron Rodgers was a late scratch with back tightness, there were plenty of healthy NFL stars that didn't play a snap in Week 2 of the preseason. Here's a list of quarterbacks that were healthy, but their respective teams elected to have them sit out during the second week of the preseason; Tom Brady, Drew Brees, Ben Roethlisberger, Philip Rivers, Carson Wentz, Jared Goff, Matthew Stafford, Nick Foles, Baker Mayfield, Mitchell Trubisky and Cam Newton.

At a certain point, you have to wonder if these games are worth it. This wasn't Week 4 of the NFL preseason when nearly all starting quarterbacks sit. Actually, Russell Wilson, Matt Ryan and Derek Carr were among those who started in Week 2 of the preseason after being inactive in Week 1. But if the overwhelming majority of teams aren't going to play their quarterbacks in the preseason, perhaps the four-game model is outdated.

In a world where money wasn't a motivating factor, the NFL and NFLPA would get together and just erase a game of two from the preseason. That's not going to happen by itself, though. The current NFL CBA expires after the 2020 season, and it appears that NFL ownership would be fine with going to a two-week preseason, if it means that the regular season moves from 16 to 18 games. In a sport where star players struggle to make it through a 16-game schedule healthy, it feels hard to make the case that an 18-game regular season would improve the quality of the regular season. But there's money to be made, which is the motivating factor for owners. NFL players are much less keen on the idea, which could make CBA negotiations ugly.

Perhaps a better solution would be to eliminate a preseason game or two and replace it with joint practices that are available to the public. The joint practices are already happening, future Hall of Famer in Brees said last week that they are more valuable than preseason games, and this would assure that fans actually get to see star players.

The feeling here is that such a solution won't be good enough for owners, who have their eyes on an 18-game regular season slate. As John McClain of The Houston Chronicle said, owners may have to make concessions in the next CBA that they otherwise wouldn't consider. The ability of teams to place a franchise tag on potential free-agents a second time almost certainly would have to be eliminated, for example. Heck, perhaps the NFLPA could convince owners to altogether eliminate the franchise tag and fifth-year options for first-round picks on their rookie deals if they are willing to concede on an 18-game schedule.

A four-game preseason schedule has always been pretty tough to get through. In 2019, it's gotten downright silly. Whether or not the correct solution to that is moving to an 18-game regular season remains to be seen, but the quality of the first two weeks of the preseason have been a gift to proponents of such a solution. 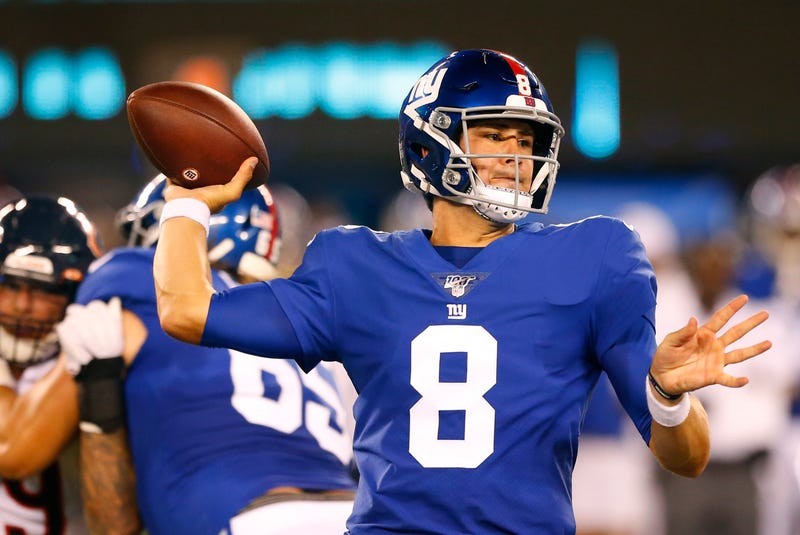 After a strong preseason debut against the New York Jets, Daniel Jones' second preseason game with the New York Giants wasn't perfect. In fact, the Giants turned the ball over with him under center twice in Friday's 32-13 win over the Chicago Bears.

So while it may prove to be unrealistic for the No. 6 overall pick to have a redshirt rookie season - something co-owner and president John Mara said he was rooting for last week - it may not be the worst thing for him not to start Week 1.

But, by and large, it's been an exciting preseason for the former Duke quarterback. Even with a lost fumble and lost strip sack Friday, the returns on Jones' second preseason game were overwhelmingly positive.

NFL.com's Lance Zierlein called Jones "more of a game manager than a 'franchise' talent" in his pre-draft assessment, but he made a couple throws Friday that made him look quite a bit better than a game manager.

Jones hooked up with Cody Latimer for a 40-yard pass down the left sideline in his first drive:

However, his nicest throw of the game came shortly before halftime, when he led T.J. Jones for a 15-yard touchdown:

Even with the two turnovers, Jones went 11/14 for 161 yards and a touchdown in his second preseason game. In the Giants first two preseason games, Jones is 16/19 for 228 yards and two touchdowns. You don't want to get too carried away by preseason games, but that's a pretty damn good way to introduce yourself to the NFL world.

3. The Raiders Patience With Antonio Brown Has Run Out 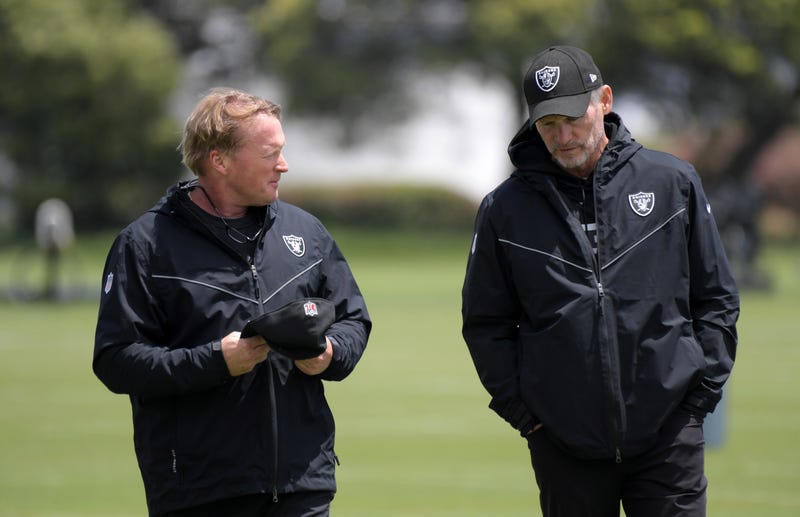 Mike Mayock is one of the nicer people you'll interact with in NFL circles. So nice that even as he told reporters that he wasn't taking questions Sunday, he followed up by asking "Okay?" rather than just walking away.

But if head coach Jon Gruden alluding numerous times on last week's edition of Hard Knocks about how he was getting restless waiting for Brown wasn't enough, the Raiders first-year general manager made sure not to mince words Sunday.

"So, here's the bottom line, he's upset about the helmet issue," Mayock said Sunday to the collective media, including Vic Tafur of The Athletic. "We have supported that, we appreciate that. But at this point, we've pretty much exhausted all avenues of relief. So from our perspective, it's time for him to be all in or all out. We're hoping he's back soon. We've got 89 guys busting their tails. We are really excited about where this franchise is going, and we hope AB is going to be a big part of it starting Week 1 against Denver. End of story, no questions, okay?"

Was it smart for the Raiders to trade for the four-time All-Pro wide receiver knowing the baggage he left Pittsburgh with? That's up for debate - certainly, the trade doesn't look great from a Raiders perspective right now - but they've seemingly done everything possible to make him feel comfortable in his new home.

Though Brown went to the trouble to file a grievance against the NFL over having to change from the helmet he's worn his whole career, he lost the grievance last week and seemed to concede in an Instagram post.

However, Brown's agent Drew Rosenhaus - who knows a thing or two about representing wide receivers who become distractions in Training Camp - said Monday morning that Brown's team is still searching of a helmet that will pass protocol and please Brown.

Meanwhile, though, Brown is continuing to recover from an cryotherapy chamber incident - which wasn't his fault - that burned both of his feet. It's unclear exactly where his recovery stands at this juncture. Frankly, and rather amazingly, that's become an afterthought.

And the Raiders are trying to recover from a 4-12 season, something Brown, a Hall of Fame caliber receiver, was supposed to help them do. So far, Brown has added to the dysfunction with the Raiders, who are three weeks away from opening their season against the Broncos on Monday Night Football.