One of the most-discussed moments in the first episode of HBO's 'Hard Knocks' - which is following the Oakland Raiders in 2019 - came when one of wide receiver Antonio Brown's sons asked him where Ben Roethlisberger was. A report Thursday evening suggested that the Raiders weren't sure where their new wideout is, but that apparently isn't the case.

Michael Gehlken of The Las Vegas Review-Journal says that any idea that head coach Jon Gruden and general manager Mike Mayock are in the dark about Brown's current location or the status of his recovery from foot injuries is untrue.

In fact, Gehlken says that "Brown is expected back shortly" and that the Raiders aren't overly concerned about the health of his feet in the long-run. 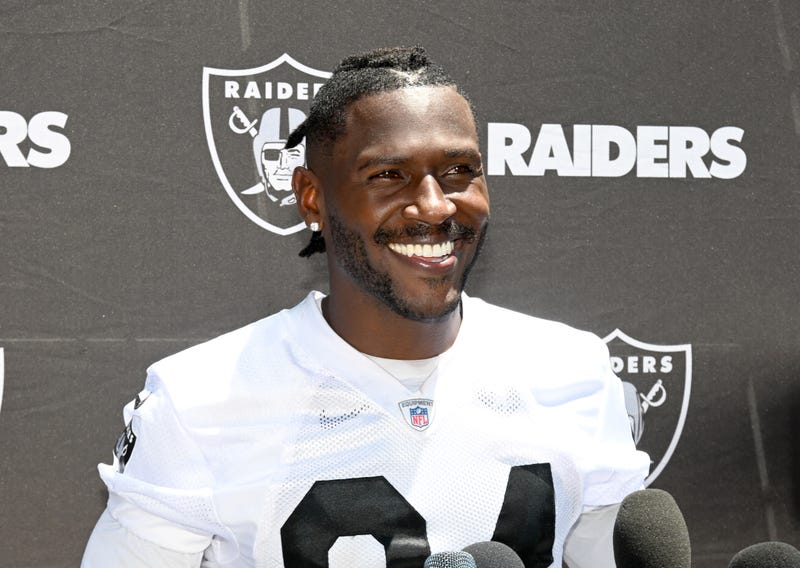 Antonio Brown was traded to the Raiders from the Steelers. Photo credit Kirby Lee-USA TODAY Sports

Though it was made clear in the season premiere of 'Hard Knocks' that Brown was dealing with a foot injury, it was unclear how he suffered injuries to both of his feet. However, Mike Florio and Chris Simms of Pro Football Talk later reported that the four-time All Pro wide receiver is currently day-to-day after burning his feet in a cryotherapy chamber that he walked into without wearing "the proper footwear."

Likely to be a Hall of Famer when his career concludes, Brown is a seven-time Pro-Bowler that caught 837 passes for 11,207 yards and 74 touchdowns in nine seasons with the Steelers.

The 31-year-old was traded to the Raiders this past offseason for a third and fifth-round pick in the 2019 NFL Draft after he and Roethlisberger reportedly got into a verbal altercation that ended with Brown firing a football at Roethlisberger and being benched for Week 17 of the 2018 season.