Raiders wide receiver Antonio Brown’s helmet saga just took an unexpected twist: Brown filed a second grievance over the NFL’s refusal to let him wear his old helmet. The helmet, a Schutt Air Advantage, was recently placed on the banned list joining about 10 other models that didn’t perform well when tested in the NFL’s lab run by Biocore.

Brown initially filed a grievance under the CBA, but lost.

Brown’s second grievance now alleges the NFL is "unreasonably exercising its management rights." He’s also arguing that since he only recently received notice that his helmet is banned, he should be given a one-year grace period to wear it while he searches for another. Last year the NFL granted this accommodation to some players, including Tom Brady.

A major issue raised by Brown in this latest grievance is the NFL flip-flopping its policy.

The NFL originally told Brown he could wear a Schutt Air Advantage helmet if he could find one that was less than 10 years old and certified by NOCSAE, the National Operating Committee on Standards For Athletic Equipment.

Brown posted a plea on Twitter and was able to find several helmets, including ones made in 2011 and 2014.

But instead of letting Brown wear it, the NFL insisted on testing the helmet in its lab using its proprietary tests. And, instead of testing the helmets Brown found, sources inside Brown’s camp and those connected to the lab say that the NFL tested a different NOCSAE certified 2010 Schutt Air Advantage, later saying it didn’t meet lab standards.

Brown plans to argue it’s unfair of the NFL to step back its promise. Even the NFL’s PR guy Brian McCarthy originally tweeted: “Nfl policy is that Helmets have to be certified by NOSCAE. They don’t certify equipment that’s old than 10 years.”

According to Schutt’s CEO Robert Erb, Brown's helmet meets the national safety standard, NOCSAE, which certifies helmets that help protect against catastrophic injuries from hard hits that could cause brain bleeds or death.

But the NFL’s Biocore lab has its own proprietary tests that measure impacts more similar to those on the field. The lab uses NFL footage to determine the positions where players usually sustain impact and it uses a ram to make the hits faster and harder. Their tests show which helmets best reduce impact on the brain during a football style hit.

But Biocore’s tests are far from infallible. They are done under controlled conditions and don’t take into account many factors on the field that can’t be replicated in a lab by a head without a body. For example, a player is sometimes hit by more than one player,  a player may or may not see the hit coming and pivot, some players have prior medical history and helmets perform different in varying weather temperatures and depending on their age and use.

The most significant flaw in Biocore and the NFL’s methodology is that the approved helmets, which are larger and heavier than the old ones, are not safety rated based on player positions.
Biocore is working on that technology.

Therefore, a wide receiver like Brown who has to run faster and be able to turn his head quicker to see who is coming at him could have vision impairment or be weighed down or slowed down by the bulkier approved helmets. This could expose him to more hits than if he were wearing his older, smaller and lighter helmet. If the helmet affects his style of play it automatically puts him at risk whether or not it simultaneously protects him better during that increased risk. 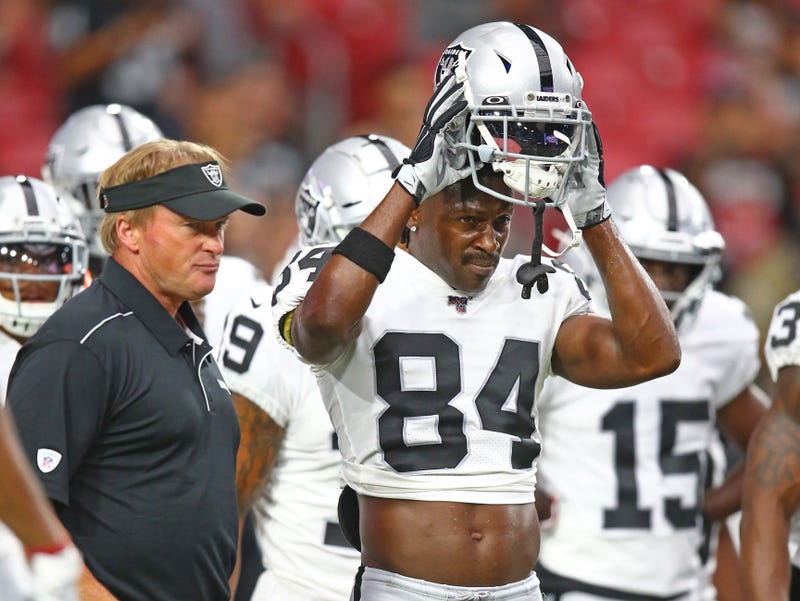 In fact, Brown said his vision is impaired by the larger helmets and they interfere with his ability to catch the ball.

Erb says position matters when it comes to helmet safety and in his experience, some smaller, lighter helmets given lower rankings on various helmet safety tests actually performed better for certain players than others that were heavier but rated higher.

So Brown is now challenging the NFL’s use of the CBA to enforce its own "arbitrary" safety recommendations which do not rise to the level of safety standards.

Just like Tom Brady’s Deflategate case, where numerous experts submitted testimony questioning and in some instances disproving the NFL’s scientific claims related to ball deflation, here the NFL’s scientific findings on helmets are limited and in some instances not practical.
Browns argument that the new helmets could place players at more risk of injury is a valid one.

As of this week, Brown’s team says it submitted additional helmets to Biocore for testing, made in 2011 and 2014.

But sources tell me neither of those helmets were made for on-field play. The 2014 helmet was allegedly a movie prop made for the movie “When The Game Stands Tall,” released in 2014.

When reached for comment, Schutt acknowledged that it stopped making the Air Advantage in 2010 and there were limited run helmets made beyond 2010. It said that any helmet made after 2010 was only for movies, collectibles or the military and marked not for field of play. It further acknowledged that such helmets may not have been constructed the same as one that was intended for use on a football field. The NFL never returned my request for comment on whether it was testing such helmets.

While the NFL’s concussion prevention efforts are applaudable and may be good predictors of how helmets protect a player during a hit, Brown is right: they could also contribute to poor play or lead to a player getting hit when he otherwise would not. It's a safer bet for the NFL to let Brown sign an iron clad waiver and wear whatever helmet he chooses. The NFL can then leave its recommendations as recommendations, and liability falls on the players.

If Brown loses this grievance, his chances of challenging a grievance in court are slim because the CBA usually controls. But he is likely using this grievance to establish a record that can lay the groundwork for a future lawsuit. If anything happens to Brown in that new helmet, he can theoretically blame it entirely on the NFL for “unreasonably exercising its management rights” and question its scientific methods. This latest grievance is his insurance policy.