Even by the standards of the Cleveland Browns, 2019 has been a trying season. Despite defeating the division-rival Pittsburgh Steelers on Thursday Night Football, the season became even more trying last night.

In the fourth quarter of the Browns victory over the Steelers, Browns star defensive end Myles Garrett got tangled up on the ground with Steelers quarterback Mason Rudolph. The two began to fight while on the ground, and it did appear that Rudolph reached to attempt to take the helmet of Garrett off.

Ultimately, though, that part of the story is understandably an afterthought, because Garrett eventually ripped Rudolph's helmet off and when Rudolph got up and went after him, Garrett used Rudolph's helmet to smash him in the head:

Here's the full play. Myles Garrett hit Rudolph with his own helmet. Maurkice Pouncey (#53) threw punches and a kick. pic.twitter.com/kzJDd4Hj53

Garrett, in addition to Steelers center Maurkice Pouncey, was ejected. The 2017 No. 1 overall pick had 10.0 sacks in 2019, but that's likely to be forgotten. It also feels entirely possible that he'll finish the season with 10.0 sacks, because it's difficult to imagine him playing again in 2019.

The action of Garrett hitting Rudolph in the head with his helmet was so heinous that even Browns quarterback Baker Mayfield didn't try to excuse it away after the game.

“It is inexcusable,” Mayfield said to the collective media, including Daryl Ruiter of 92.3 The Fan. “He knows that. There is no other way around it. He is going to own up to it. He is going to handle it. This locker room is going to have to come together because this is going to be a soap opera on the outside much like the media has portrayed us to be from the whole season.”

Whether this is fair or not, the optics of hitting Rudolph in the head with his helmet feel even worse when you consider the scary concussion that he suffered in the Steelers Week 5 loss to the Baltimore Ravens. 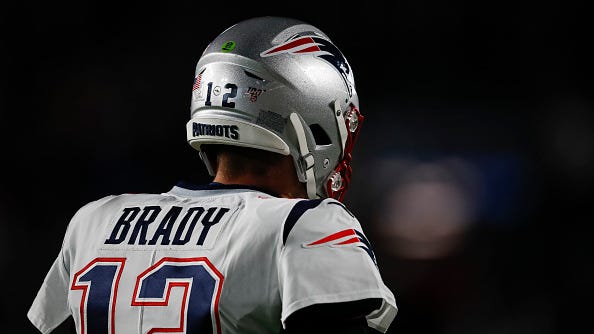 Odell Beckham Jr., who had four catches for 60 yards in the Browns victory, says Garrett will have to work for a long time for this not to be his defining moment in the NFL.

“It won’t ever be forgotten but it’ll be in the back burner at some point, just not right now,” Beckham said. “You know it’s going to be talked about for weeks, offseason. It’ll be talked about, for him, going into next season. I know. I’m used to seeing it."

“Myles can’t put us in a position like that.”

It's unclear what discipline that Rudolph and Pouncey could face for their roles in the brawl. Notably, the Steelers and Browns will meet again on Dec. 1 in Pittsburgh, which sets up a situation where there isn't going to be time for cooler heads (definitely no pun intended) to prevail.