This isn't the 100th Super Bowl, but it's the 100th NFL season, and it will feature a that appeared in the inaugural Super Bowl returning to the big game, as Patrick Mahomes led the Kansas City Chiefs to a 35-24 win in Sunday's AFC Championship Game.

The Chiefs will be playing the San Francisco 49ers, a franchise who will be playing in its seventh Super Bowl and boasts the second-most Lombardi Trophies with five, after they took care of business with a 37-20 victory over the Green Bay Packers in the NFC Championship Game.

Here are some of the biggest winners and losers from those two games: 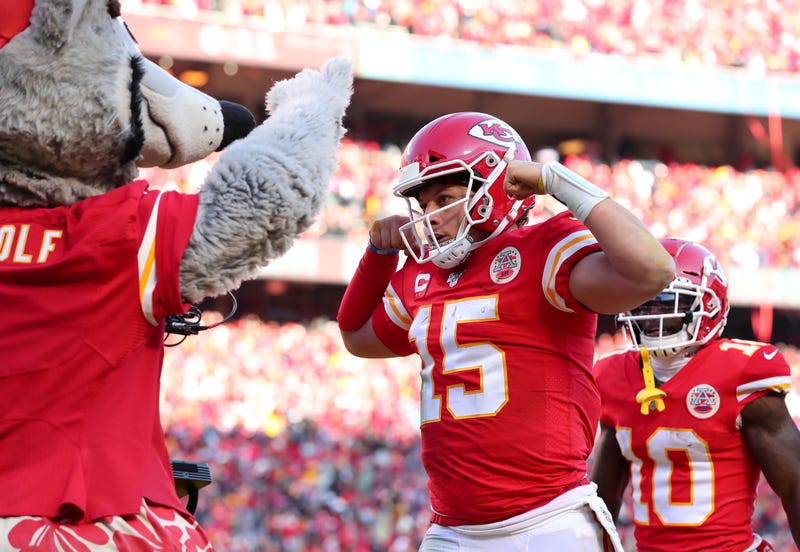 Baltimore Ravens' quarterback Lamar Jackson, understandably, was the talk of the NFL in 2019. New Orleans Saints' wide receiver Michael Thomas was arguably the most dominant player in the NFL during the regular season. But what the postseason has reminded the world so far is that Mahomes, the league's reigning MVP, wasn't just the flavor of the month in 2018 - he's the best player in the sport.

Mahomes, who often looks like the next evolution of Brett Favre, led the Chiefs back from a 24-0 deficit in their AFC Divisional Round victory over the Houston Texans last Sunday. Today, the 24-year-old helped the Chiefs overcome an early 10-0 deficit, with Mahomes throwing for three touchdowns and adding another on the ground.

After being selected with the No. 10 overall pick in the 2017 NFL Draft, Mahomes sat behind Alex Smith during his rookie season. Since then, he's had arguably the greatest start to his career that a quarterback has ever had. A year ago, the Chiefs didn't get to touch the ball in an overtime loss to the New England Patriots in the AFC Championship Game. This year, Mahomes and the Chiefs won going away, and will head to the Super Bowl for the first time since 1970. - Tim Kelly 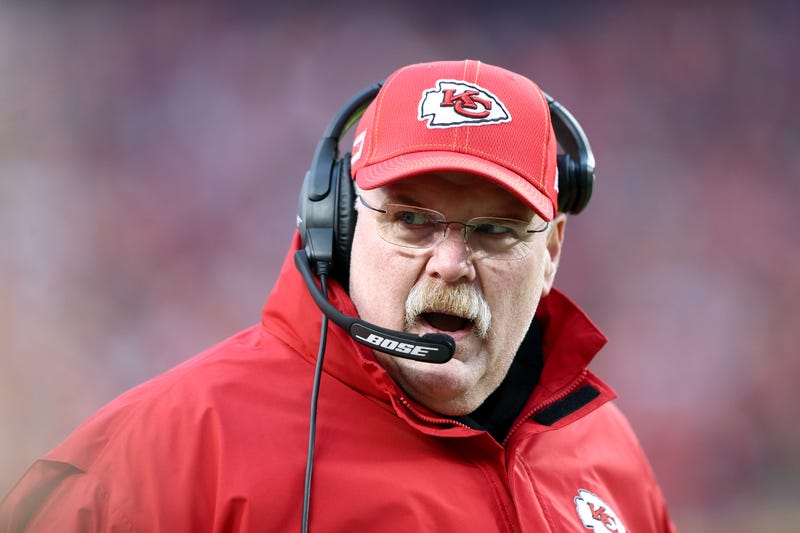 The last time that Andy Reid coached in a Super Bowl, the best players on his team were Terrell Owens, Brian Dawkins, Donovan McNabb and Brian Westbook. Mike Vrabel, the coach he defeated Sunday, was playing for the opposing team, the New England Patriots. Bilie Eilish was three years old. "Let me love you" by Mario was the No. 1 song on the Billboard Hot 100.

To say it's been a minute since Reid coached in a Super Bowl would be a massive understatement.

Reid has over 200 career regular season coaching wins. He now has led the Philadelphia Eagles to the NFC title Championship and the Chiefs to an AFC title. He's the winningest coach in Eagles' franchise history, and may hold the same distinction by the time he's done coaching the Chiefs. He also has a pretty incredible coaching tree that features two Super Bowl winning head coaches, John Harbaugh and Doug Pederson.

From someone that watched every second of Reid's tenure in Philadelphia - he certainly has his flaws as a coach. From here, though, he's already cemented himself as a Hall of Famer, whether he ultimately wins a Super Bowl as a head coach or not. Should he lead the Chiefs to a win in Super Bowl LIV, there won't be any debate about him being destined for Canton. - Tim Kelly 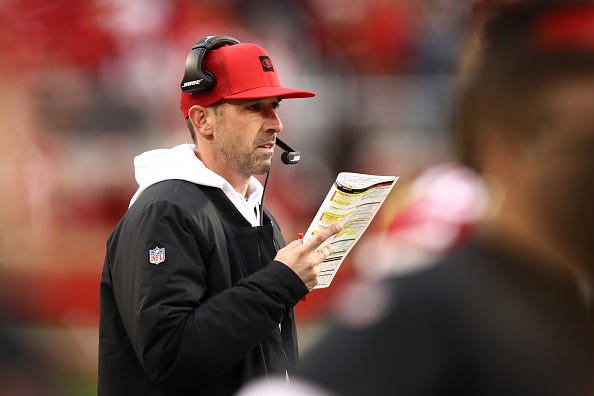 The San Francisco 49ers hired Shanahan in 2017 because he was an offensive wizard who helped lead the Atlanta Falcons to the Super Bowl as their offensive coordinator. However, he also arrived with the stigma of failing to put away the Patriots and blowing a 28-3 lead in the Super Bowl. Two losing seasons followed, although he lost his starting quarterback to an ACL tear early last year, but now Shanahan has the team in the Super Bowl with a balanced attack of a high-flying offense and stingy defense. The Niners earned the reputation as the best team in the NFC and followed through on those expectations in the playoffs.

Also, Shanahan’s father, Mike, did not win his first Super Bowl as head coach until his fifth season at age 45 with the Denver Broncos. Kyle now has the chance to do it in just his third year at 40 years old. – John Healy 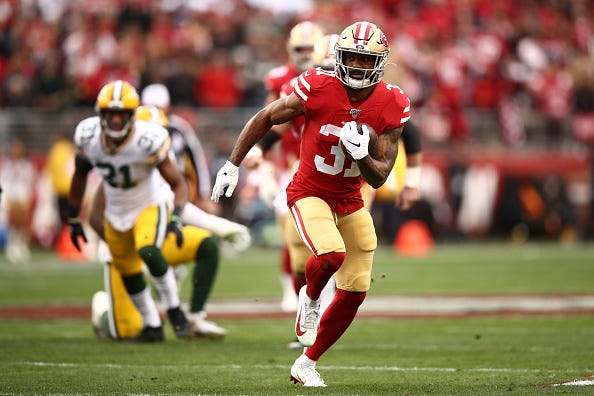 If somebody said that a running back would rush for 200-plus yards on Sunday, you probably thought that would have been Derrick Henry. Instead, it was Raheem Mostert who ran for a franchise-record 220 yards and four touchdowns — becoming the first player in NFL history to achieve such a feat in a playoff game. He made Jimmy Garoppolo a non-factor, throwing the ball just eight times. It’s been quite the journey for Mostert, too. He was undrafted in 2015, cut by six teams and spent time with seven teams over the last five years. On Sunday, he was the unexpected star that helped clinch a Super Bowl berth for the San Francisco 49ers. – John Healy 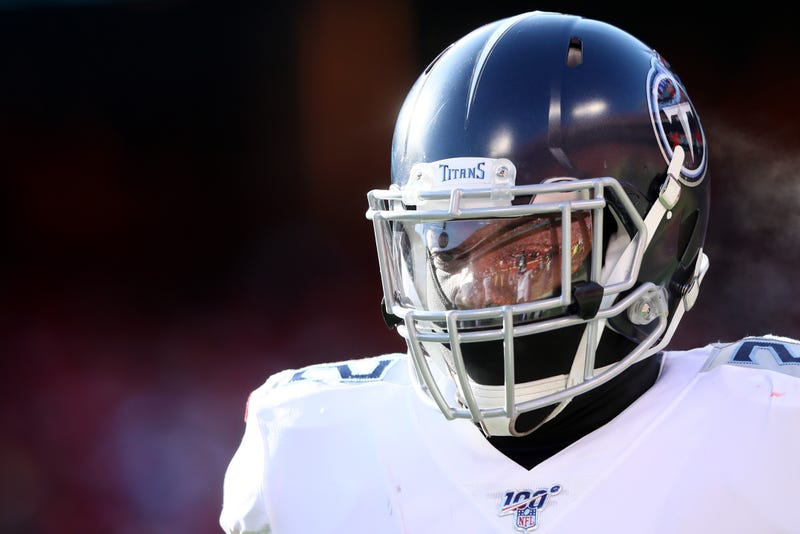 Had Patrick Mahomes lost in this year's AFC Championship Game, it would have been pretty deflating. Still, there would have been little doubt that the 24-year-old would eventually lead his team to a Super Bowl appearance, and probably a title.

Given the nature of the running back position, it's fair to wonder if this wasn't the one chance for Henry, who won the 2019 NFL rushing title, to potentially add a Super Bowl to the Heisman Trophy that he won in college.

Instead, Henry was limited to just 69 rushing yards on 19 carries Sunday, and the Titans were eliminated in a 35-24 loss.

Regardless of the loss, Henry had one of the most dominant postseason runs in NFL history, rushing for 446 yards in three games. He was unquestionably the best running back in the NFL this season. Given, though, that he had 386 total carries this season and can become a free agent this offseason, you wonder if this wasn't his one chance to lead the Titans to a Super Bowl victory. - Tim Kelly

Oof. The Packers defense was not exposed on Sunday, they simply did not show up. Mostert sliced and diced his way to a 220-yard game and the Packers allowed 288 yards total on the ground for the day. They didn’t catch any breaks, either. Jaire Alexander and Za’Darius Smith both were banged up and were forced to leave the game, although Smith, who was critical of being snubbed from the Pro Bowl, had a game to forget when he was on the field. Shoring up the defense will likely be a priority for the Packers in the offseason. - John Healy 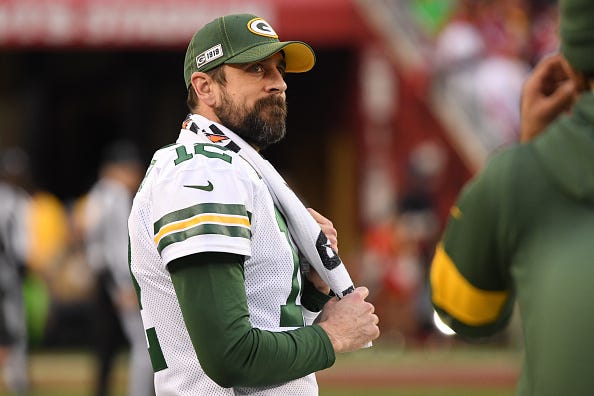 This is not because of his performance. In fact, Rodgers posted superb numbers against the league’s best defense, completing 31 of 39 pass attempts for 326 yards and two touchdowns, although two interceptions. But much of it was too little too late as Rodgers had another opportunity for his second Super Bowl slip through his fingers and it is a legitimate question to wonder just how much of a window Rodgers has to win another? He is 36 years old, and while Tom Brady and Drew Brees have remained on top of their game into their 40s, there’s no guarantee that happens with Rodgers. It’s possible the Packers are back in this game next year, but at the moment, it feels like a huge blown opportunity for Rodgers, making him a loser of the weekend. - John Healy