The Los Angeles Chargers turned heads late on Sunday night, when it was reported the team was hiring 38-year-old Rams defensive coordinator Brandon Staley as its next coach.

The hiring of a relative unknown in NFL coaching ranks, who has only one year as a coordinator and a couple as an assistant, quickly prompted questions about the fairness of hiring searches, particularly with respect to minority coaches. 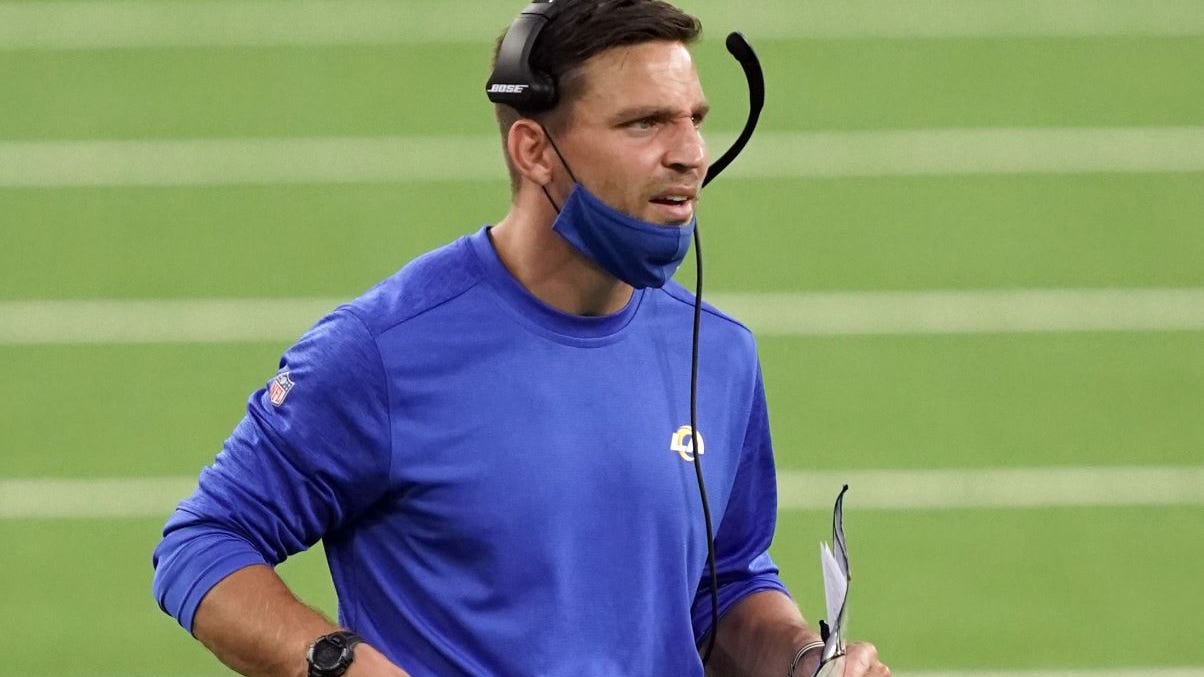 Staley, a former quarterback with the Dayton Flyers, is now the third-youngest head coach in the league.

Some noted the improbability of his meteoric rise from defensive coordinator at John Carroll University only five years ago, to now being head coach of an NFL team in a major market.

But others on social media had different concerns aside from the unlikeliness of it all.

Nothing to do with Brandon Staley, but you’d never see a black man with 1 year of coordination experience be name head coach... https://t.co/Dwwxa1ICAf

What in the Privilege is going on here?

Brandon Staley does not meet the criteria of a minority, and therefore the Rams will not receive any compensatory picks from this event.

Even had he met the criteria, the Rams would only be eligible for 1 more 3rd-round comp pick in 2023.

For some, it marked yet another missed opportunity for an NFL team to hire highly respected Chiefs offensive coordinator Eric Bieniemy, who many predicted would be a good fit for the Chargers and their offensive weapons.

Brandon Staley and Dan freaking Campbell as Head Coaches this year over Eric Bienemy.... It’s not right! Texans and Eagles left, do either of them do what’s right? 🤦‍♂️

Wow! Brandon Staley was hired over Daboll, who everyone thought was a shoe in. Staley is great hire. But for those worried about EB, he’s not the only one getting looked over.

Discussing Bieniemy earlier on Sunday, prior to reports of Staley's hiring, Hall of Famer Shannon Sharpe forcefully rejected the idea that Bieniemy's apparent snubs came from his lack of play-calling experience.

Last offseason the league updated its famous Rooney Rule, first implemented in 2003, which was officially meant to raise interview and hiring rates for candidates of color.

news
Fauci says US has ‘done worse than most any other country’ on COVID pandemic
music
‘Luis Miguel: The Series’: Netflix anuncia fecha de estreno de segunda temporada
news
38-year-old father of 7 dies of COVID-19: ‘That was my other half’
news
WATCH: Adorable puppy hijacks live weather report and becomes a viral star
music
Billie Eilish on why Julian Casablancas is a 'genius' and Frank Ocean's a 'God up in the clouds'
sports
Jason Terry is still trying to figure out why he contested LeBron James on epic poster dunk