Recent history shows that Sunday’s games could be particularly tough to bet on.

Of the 38 NFL conference championships that have been played since the year 2000, Vegas has projected 32 of them to be decided by one score or less (using a spread of +/- 7.5 or lower as an indicator). In 17 of those games, the winners covered the spread. In 15, they did not.

Using a wealth of resources, including data from our RADIO.COM Sports quantitative consultant Arian Modarres and input from the hosts of “You Better You Bet,” this guide is here to help you win money through a high-stakes NFL weekend.

Arian’s data indicates that the game will be slightly lower scoring than what Vegas is predicting (52), but he is in total agreement with the spread. 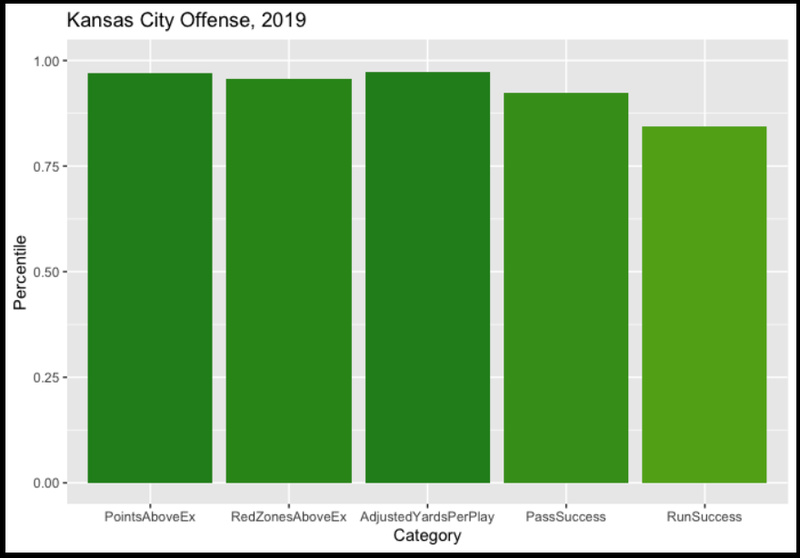 The first “unstoppable force” that may come to mind in this game is Derrick Henry. After all, he has posted three-straight games of 170 or more rushing yards. It’s the second-time he’s done that in the past two seasons, and only two other running backs (Adrian Peterson and Jay Ajayi) have done that in the last decade. But, as the graph shows, Kansas City’s offense puts up a ton of points. A Mahomes-led offense has only scored under 23 points once the entire season -- a 19-13 loss to the Colts -- and he just exploded for a five-touchdown performance in a miraculous comeback victory against the Texans. Tennessee is at their best when they get ahead early, as they can lean on their backfield bull to run down the clock in addition to the opposing defense. But no lead is safe against Kansas City: just ask Bill O’Brien.

Arian’s data moves the line a tad in the direction of the Packers and lessens the total by a few points (Vegas has it at 46.5).

Key Stat: … and an Immovable Object 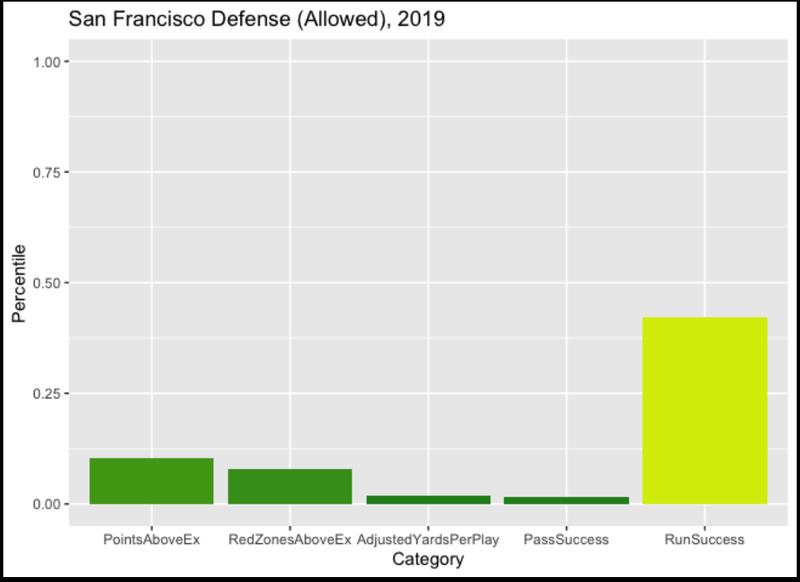 You can never count out Aaron Rodgers. But the 49ers may consider him drastically less frightening after holding him to a career-low eight points earlier in the season. Aaron Jones was stuffed for only 38 rushing yards and Davante Adams mustered up 43 yards. As the graph shows, there is some vulnerability on the ground, and Jones will need to exploit this weakness if the Packers want to gain an edge: after all, they are undefeated when Jones gets over 15 carries, and Jones averages 122.2 yards in such contests. Though Aaron Rodgers will certainly be in the spotlight, his backfield companion may be the more important Aaron in this one.

Prop Bets with “You Better You Bet” Experts

The RADIO.COM Sports Original “You Better You Bet” has you covered for some of the best prop options available for this Sunday. Here’s just a pair of them… listen to the full episode for the rest!

Be sure to tune into Sunday’s live show, hosted by Nick Kostos, Joe Ostrowski and Danny Parkins, from 10:00 am to 12:00 pm ET across select Entercom stations.

“The Baltimore game is a mirage… I don’t trust Tennessee’s pass defense whatsoever in this game. The way this doesn’t win is Kansas City gets 21 points off turnovers, they settle for a couple long field goals… they win by so much based on short fields that he doesn’t have the opportunity to throw for a lot of yards. To me that’s the only way this bet loses. I just think consistently driving the ball, no three-and-outs, not a lot of punting, play selection… that all kind of lends itself to -- at least from a yardage standpoint -- Mahomes having a big game.”

“Just because a number is inflated, it doesn’t mean you automatically say ‘under’... he’s averaging nearly six yards per rush attempt in the playoffs, and Chiefs rushing defense is bottom four in the NFL, the worst among playoff teams in opponents’ rushing yards per attempt. I expect him to have a massive day on the ground… that’s the way the Titans offense operates, they’re going to run the ball no matter what the score, no matter what the deficit.”