While it appears that Los Angeles Chargers running back Melvin Gordon's holdout will continue past the preseason, the Dallas Cowboys and Ezekiel Elliott may be making progress on a new contract.

Per ESPN's Ed Werder, the Cowboys have offered the two-time Pro-Bowler a deal that would make him "one of the NFL's two highest-paid running backs." Werder suggested the deal would likely be larger than the four-year, $52 million deal Le'Veon Bell signed with the New York Jets this past offseason, but not as large as Todd Gurley's four-year, $57.5 million extension with the Rams, which guarantees him $45 million.

In three NFL seasons, Elliott has rushed for 4,048 yards, while averaging 4.7 yards-per-carry. The Cowboys have won the NFC East title in two of his three seasons. The only season that the Cowboys didn't win the division during Elliott's three years was 2017, when Elliott was suspended for six games for violating the NFL's personal conduct policy. 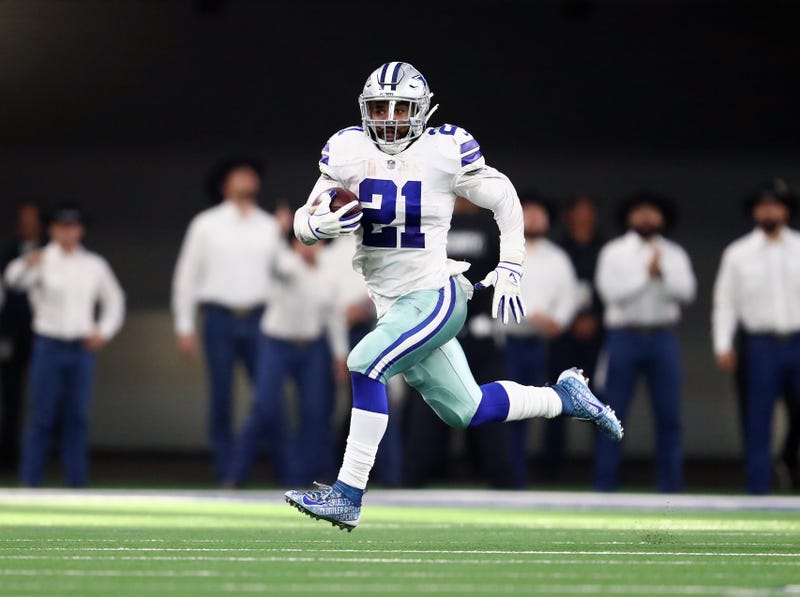 Ezekiel Elliott and the Cowboys are in a contract staredown. Photo credit (Matthew Emmons/USA Today Images)

Elliott's rookie deal runs through the 2020 season, so it's not as though he can become a free-agent imminently. The problem is that after 2020, the Cowboys could place the franchise tag on him for two seasons - which they almost certainly would do if they couldn't reach a long-term deal. By the point Elliott played out those two franchise tag seasons, he would be entering his age-28 season.

The only leverage that Elliott really has is to withhold his services, which would obviously greatly reduce the Cowboys chances of making a deep playoff run, which they theoretically are capable of doing with him in the fold.

It appears that holding out since the start of Training Camp may work in getting Elliott paid at his peak, meaning it may become the new normal for star running backs at the back-end of their rookie contracts.