Positive reviews for the job that Jason Witten did in his lone season as color commentator on ESPN's "Monday Night Football" were few and far between. The 11-time Pro-Bowler is confident that as he returns to the playing field in 2019, reviews of his play will be much better.

The 37-year-old came out of retirement this past offseason to rejoin the Dallas Cowboys on a one-year, $4.5 million deal. He expects his 2019 season in Dallas to be a fruitful one.

“That’s a great question," Witten said when asked by Football Morning in America's Peter King whether he'll still be an effective player. "Yeah. I’m gonna be really good. So many times, when you come back … What’s your role? … Listen: I’m not gonna get caught up in the roadkill of that. I think I’m gonna be really good. I’ve worked hard. My expectations have always been more than anybody’s put on me. Will I catch 100 passes? Probably not. Can I help this team win football games? I believe so. That’s the ultimate challenge. I gotta show that. This young team, it’s a talented roster. The impact you can have on a daily basis … every day I’m thinking, How can I make them [teammates] better through my personal experiences? It’s a show-me game. I was taught that early on, as a 21-year-old kid, green as can be, coming into Dallas. You better be able to show it. I’ll live with the results, because I know what I’m all about.” 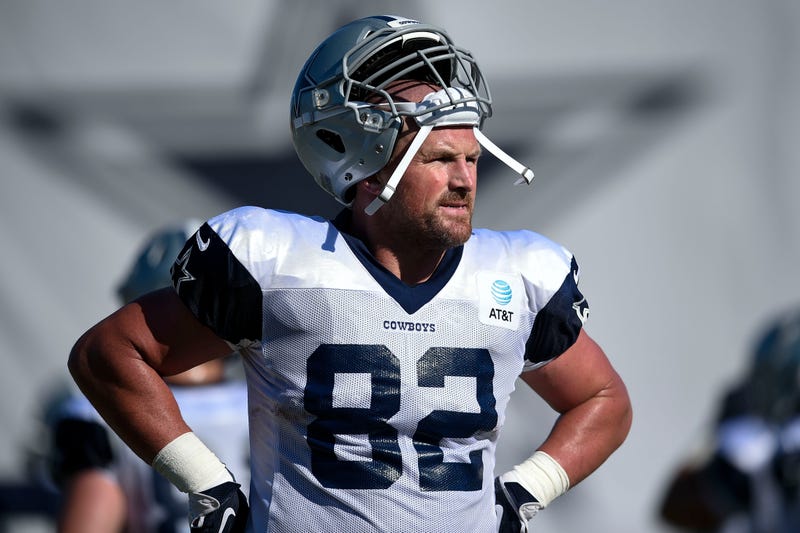 Jason Witten is one of the most productive tight ends in NFL history. Photo credit (Kelvin Kuo/USA Today Images)

Witten did catch one pass from Cowboys quarterback Dak Prescott in Sunday's 14-10 preseason victory over the Los Angeles Rams. After the game, he admitted that he had "jitters" playing in his first football game since Week 17 of the 2017 season.

While Witten has over 12,000 career receiving yards, it's not immediately clear what his role in the offense will be. Presumably, he'll still be very involved in red zone situations and run blocking. However, 25-year-old tight-end Blake Jarwin had three touchdowns and 119 receiving yards in the team's Week 17 win over the New York Giants. Jason Garrett's staff likely hopes that Jarwin will take a major step forward in 2019, which could come at the expense of some snaps for Witten in his 16th season.

Of course, Witten's return has been an afterthought in what's been a hectic preseason for the Cowboys. Superstar running back Ezekiel Elliott has held out in hopes of receiving a new contract. Additionally, the aforementioned Prescott and Amari Cooper are both in the final season of their respective rookie contracts, which has been a cloud that's hung over the team all summer.