Barry Sanders captured four rushing titles, three offensive player of the year awards, an MVP award and a place in the Pro Football Hall of Fame in a ten-year stay with the Detroit Lions. Deion Sanders was a three-time Pro Bowler, two-time first-team All-Pro and unstoppable special teams return man in his five-year stint as an Atlanta Falcon.

"You know we could actually have traded places, because I had a meeting with Detroit that I didn't show up to," Deion Sanders told Barry Sanders on the "21st & Prime" podcast from Barstool Sports.

Barry Sanders' response — "What?" — indicated he had never heard the story before that Sanders didn't like Detroit, though it's not so much a rumor as it is a blatant fact. In fact, Sanders literally said so himself in his post-draft interview surrounded by family. 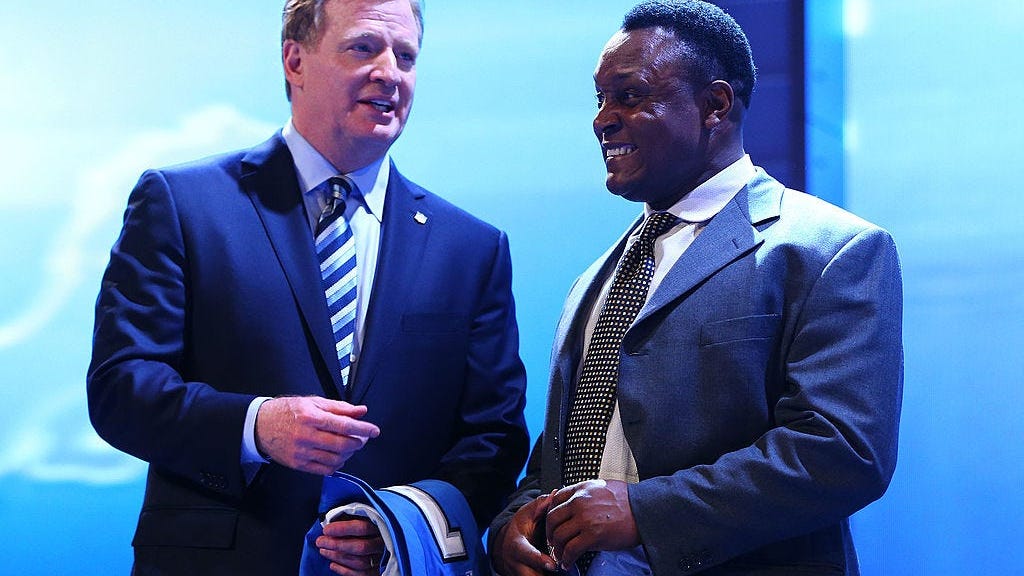 But in the podcast with his fellow draft class Sanders, Prime Time dove into why he didn't want to play in Detroit and how the process unfolded.

"I had a meeting with Detroit, a phone call, you know because it was the third pick," Deion Sanders recalled. "First of all, you know how we got down, we went to all these All-American games everyday. We had to stay mapped out.

Barry Sanders, based on his laughter and frequent exclamations — "I can't believe you stood up Wayne Fontes, man!" — seemed genuinely stunned to hear this.

"You would've loved it, man," Barry Sanders said. "It's the Atlanta of the North, man. You would've been the difference maker."

Then again, neither side is probably too upset with their pick. Barry Sanders was a career Lion and is inarguably the greatest player in franchise history. Deion Sanders, on the other hand, blossomed into an immediate star and is one of the greatest, most versatile players the league has ever been.