Shortly after Washington’s Week 4 game against Baltimore on Sunday, quarterback Dwayne Haskins was overheard by teammates touting his personal stat line. The second-year passer was coming off the first 300-yard game of his career, completing 71.1 percent of his passes for 314 yards, no touchdowns and no interceptions.

According to 106.7 The Fan's Grant Paulsen, Haskins' attitude after the loss drew the ire of people within earshot, and served as the last straw before Washington head coach Ron Rivera made the bold decision to bench Haskins for Kyle Allen heading into Week 5.

"One thing I heard from multiple people was that the final straw for Dwayne Haskins, okay — take this for what it's worth — was that a lot of people with the team, including some players, but also some coaches, did not like how he was acting after this past weekend's loss to Baltimore," Paulsen reported Friday on 106.7 The Fan.

"And what I was told was that he was... and we saw this on the field a little bit," he continued. "I know some people were bothered. I was not for the record, because this just happens. But like he was super playful. He was having a good time with Robert Griffin and hopping around, and they had just lost the game.

"And this happens, to me, all the time. Like you see this a lot, so I took nothing out of it. But I know some people were like, 'Why is he so happy? They just lost to the Ravens.' Well, apparently in the locker room, he's heard by players talking about his stat line and that he threw for 300 yards."

"And the idea that I was told was there was some friction based on how he was acting after the game," Paulsen said. "Like you just got worked by Baltimore, your coach is sitting on the bench basically battling cancer during the game, your defense is trying to hold its own but getting shoved around by the Ravens, and he was I guess even overheard talking about 300 yards and his stats and things, and that really bothered some people with the team."

"So before I get into the next thing, I want to pass that along," Paulsen said. "That's something I heard as having been an issue for this coaching staff, in addition to the tweet his agent sent. Like that this weekend was a real problem for him, even though he did complete 70 percent of his passes for 300 yards." 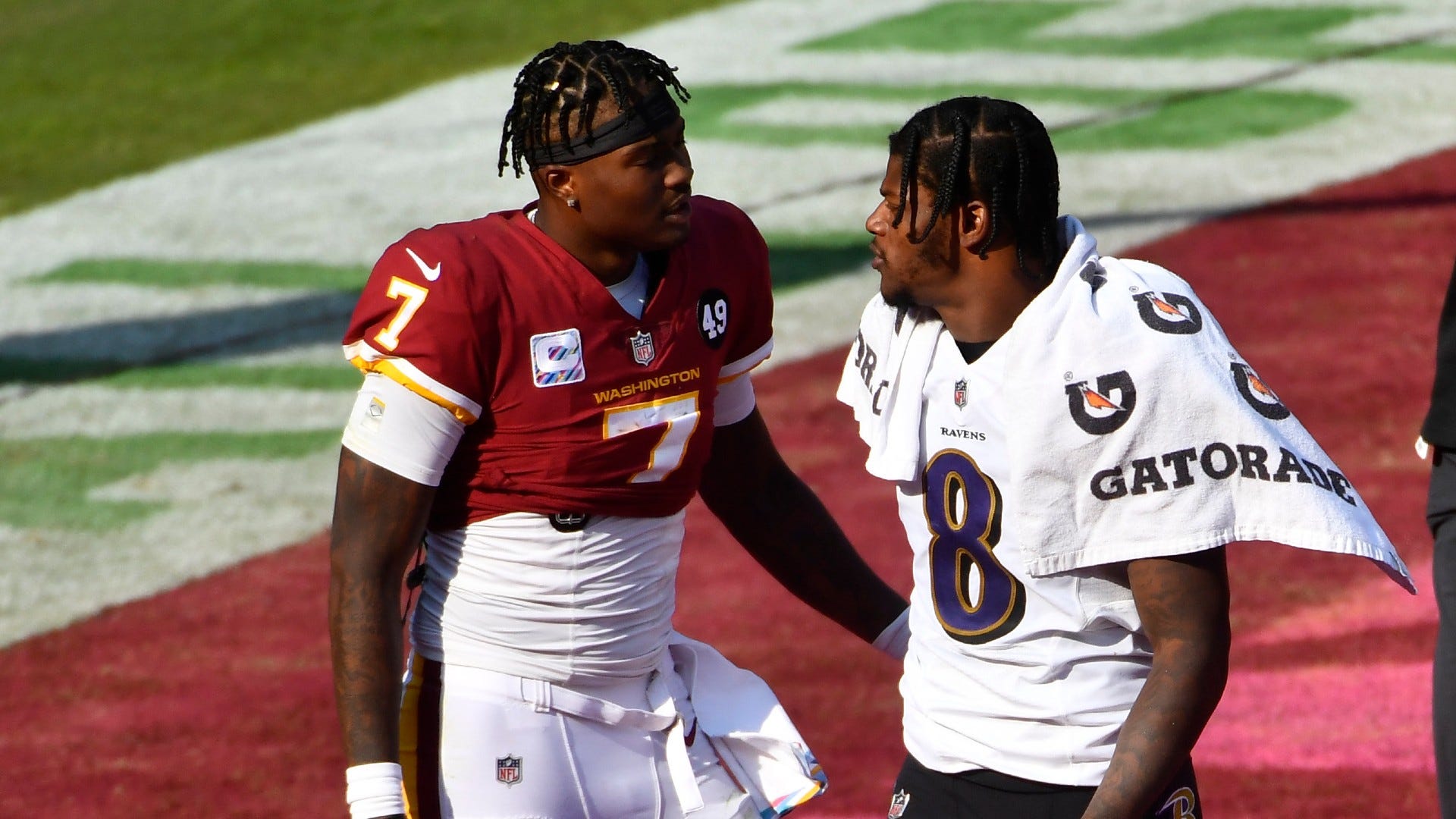 Haskins' agent calls out 'narrative' coming out of Washington

Several hours after the game, Haskins' agent, David Mulugheta, publicly responded to a pre-game report from NFL Media's Ian Rapoport, whose report indicated Haskins must play well against Baltimore or risk being being benched mid-game.

"A young QB (10 starts total over 2 seasons) who is in a brand new system, with no off-season in said new system, a young OL, limited weapons on offense and only 3 games into the NFL season," Mulugheta tweeted in response to the report. "Yet 'he' is the one that must play well."

Haskins was eventually benched anyway — in spite of his strong statistical performance against Baltimore — only days later. 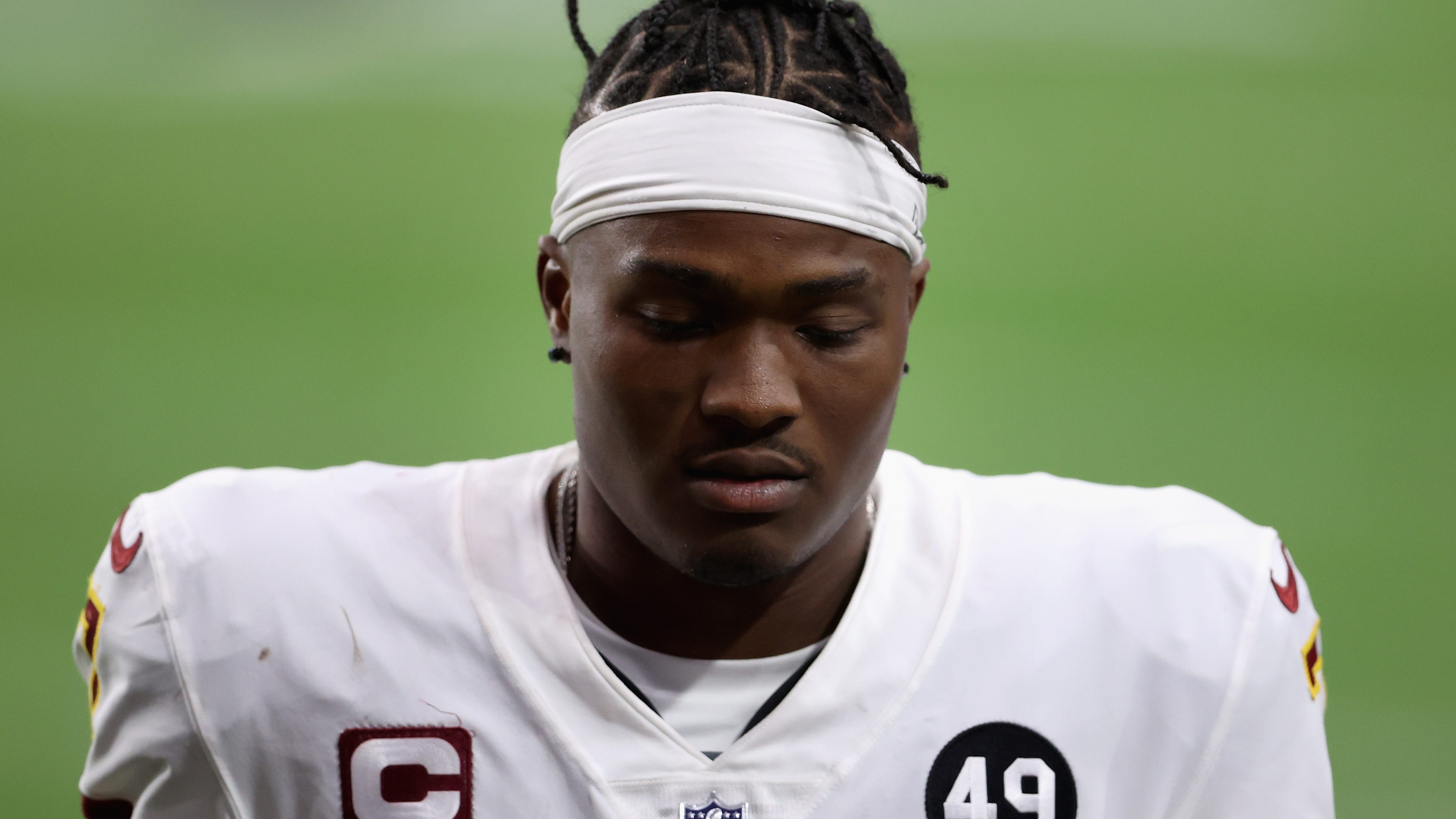 Dwayne Haskins benched for Kyle Allen ahead of Week 5

On Thursday, after Haskins' benching, some internet sleuths began piecing together a social media puzzle that appeared to show Haskins had unfollowed the Washington Football Team and others on Instagram.

Paulsen leaned on team sources to look into that matter, too.

"He apparently — and I'll say allegedly because, again, I cannot confirm this — unfollowed the Washington Football Team on Instagram, unfollowed Ron Rivera on social media," Paulsen said. "I looked on Twitter, he didn't follow Ron Rivera. I don't know if he did previously; I know he follows Scott Turner and a bunch of the players."

"Now, it is possible I guess that he never followed those guys," he said. "I'm not gonna sit here and tell you definitively that that happened. But, I can tell you I asked someone with the team, 'Hey, have you heard about this? What do you think?' And they said, 'That would make sense to me. That would not surprise me.'

"Which is pretty telling in and of itself, to be completely honest with you."

"If that's the case, that he's unfollowing," Paulsen went on to say, "and it sounds like a dumb thing to talk about in 2020, but it's really not that dumb. It shows immaturity. I have been told since the last (coaching) staff over and over again that this guy is on social media way too much."

"I did see that the last couple of people he followed by the way on Twitter were Dan Orlovsky and Ryan Clark," Paulsen noted. "Two of the most vocal and adamant backers of Dwayne Haskins since he's been benched, by the way. Both of whom are represented by the same agency as him, by the way. Who are basically saying this is not on the quarterback. This is on everybody else."

"Dan Orlovsky said he missed two throws (in the game)," Paulsen continued. "I went back and watched the game. That's an outrageous claim to make, I'll just be honest with you. You either do a bad job analyzing film or you were wrong on this game, and I think it's the latter because I think he's good at what he does.

"But the point is that I think it's very possible, if two of his most recent follows are the two guys that I've seen defending him this week, that he also probably unfollowed the guys who had either benched him or who he's upset at. That just shows an unbelievable amount of immaturity and it is a red flag of sorts." 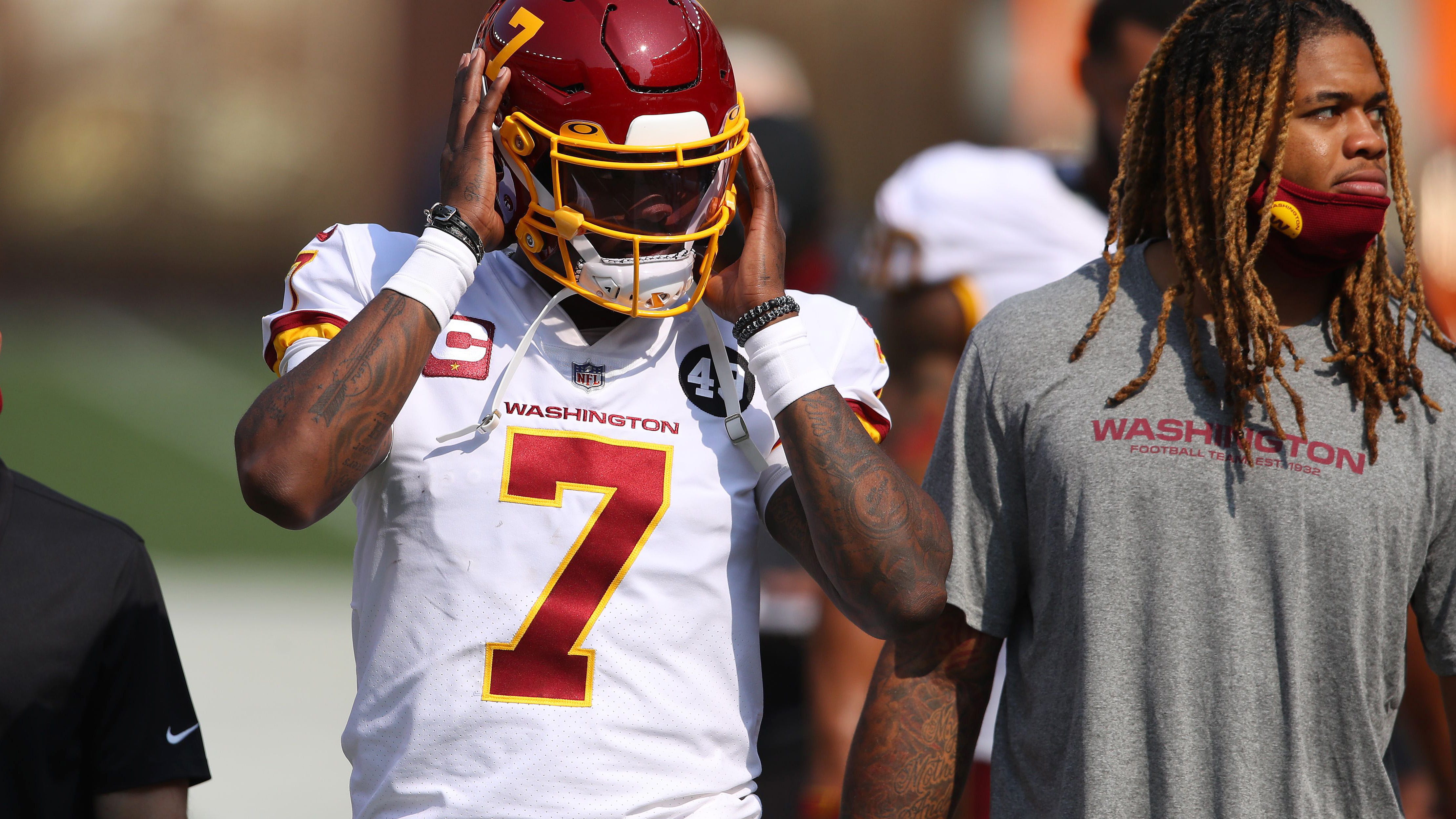 Dwayne Haskins appears to have unfollowed Washington on social media

news
Biden to sign virus measures, requires mask use to travel
news
VIDEO: Inaugural poet Amanda Gorman reveals what she told herself before reciting poem
music
‘This Is Us’ delays new episodes after COVID surge causes production setbacks
news
10 podcasts to keep you up-to-date on US politics
news
For school students, watching the inauguration was a history class in real time
news
12,000 doses of Moderna's COVID vaccine tossed out due to temperature problems