Former NFL star Chad “Ochocinco” Johnson has always had a reputation for his swagger on and off the field.

In fact, in 2015 the wide receiver lobbied to replace Kelly Osbourne on the E! show “Fashion Police,” telling TMZ Sports at the time that “who better when it comes to fashion than me? I rarely wear labels or high-end clothing and kill it.”

Well, Johnson, who always made sure to look his best on gameday, got his chance to dabble in that role this weekend at Suit Supply in Miami Beach as he joined RADIO.COM Sports to critique some of the more fashionable NFL players’ attire.

“You have to look good on gameday. As the saying goes, ‘you look good, you play good,’” Johnson said as he sported his finest-fitting suit. “Some pull it off, others not so much.”

The wide receiver-turned-fashion aficionado was enamored with all three unique looks.

“We’re talking about fashion, and Minshew embodies what it means to not give a f—k,” Johnson said while holding a photo of the quarterbacks different looks, which included a red leisure suit exposing some chest hair. 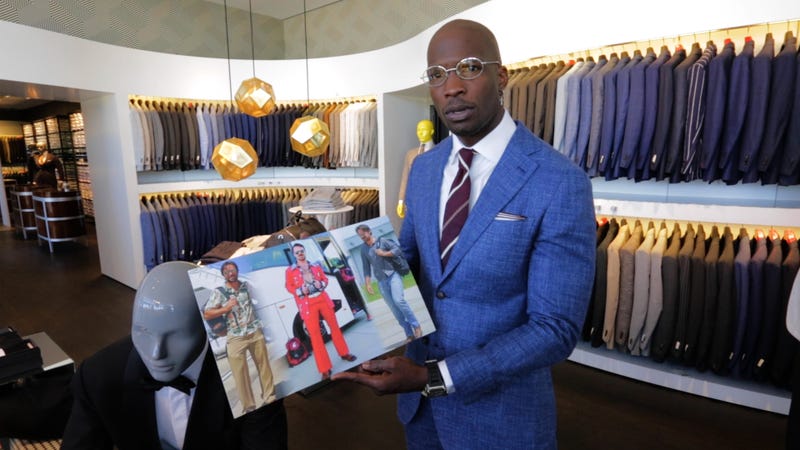 Johnson moved onto Newton and Henry and liked both their looks, but admitted that one of them stood out above the other.

“No one else, when I say nobody else, no one else has the creativity or passion behind their clothing than this individual,” he said. “Aand that most definitely is Cam Newton.”