What a difference a week makes.

Last Monday, Philadelphia Eagles head coach Doug Pederson guaranteed a win over the division-rival Dallas Cowboys in an appearance on SportsRadio 94 WIP. When Pederson makes his appearance this week, he'll be left to answer why he guaranteed a win in a game that his team ultimately lost 37-10 on a national stage.

But after crushing the Eagles on Sunday Night Football, Cowboys star running back had a simple message - he doesn't care what Pederson had to say about the game before-hand.

"We don't need inspiration from him to go out there and play hard," Elliott said to the collective media, including Jon Machota of The Athletic. "Honestly, we don't give a f--- what Doug Pederson says." 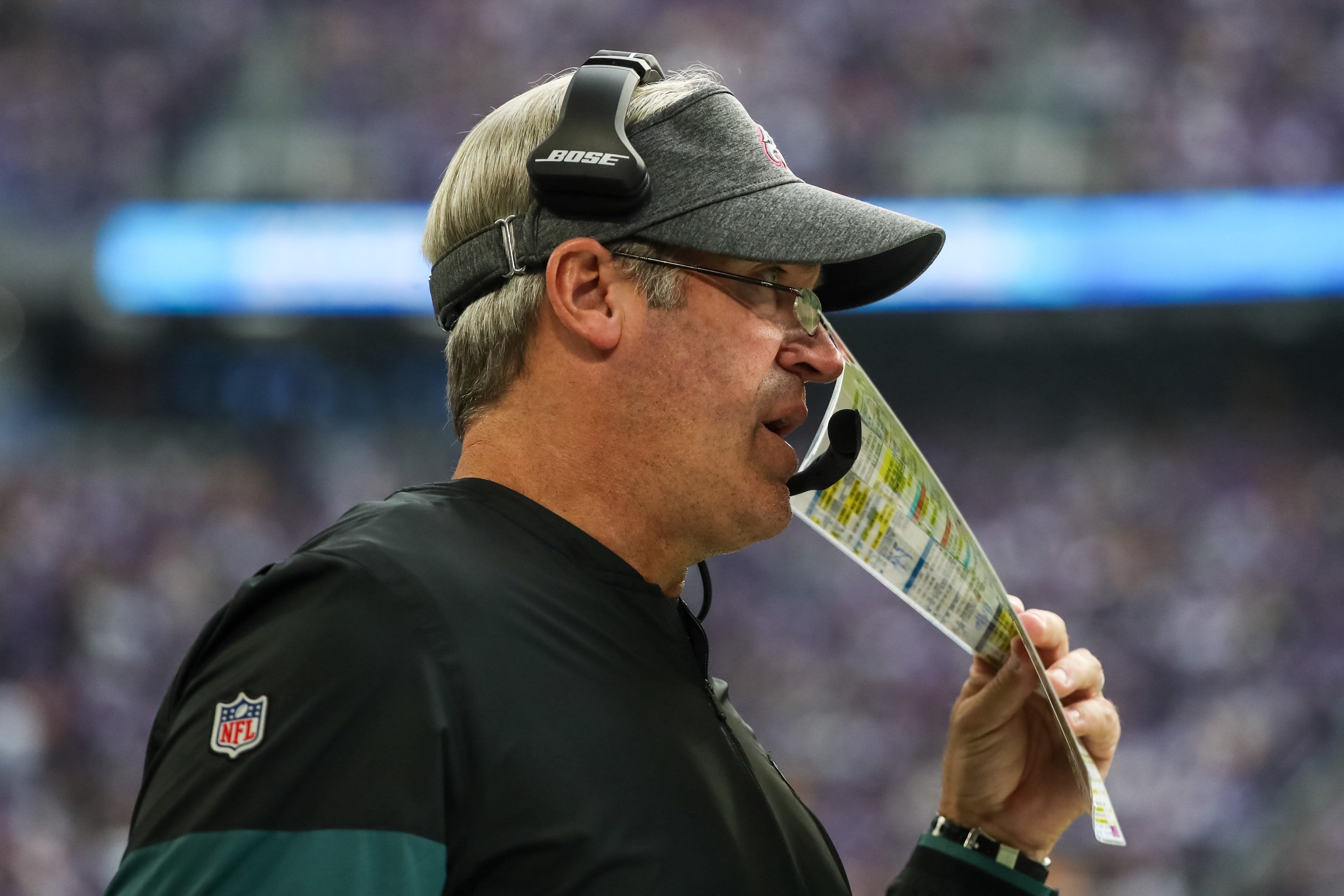 After being blown out in Minnesota in Week 6, Pederson attempted to qualm concerns about his team, which entered the season with Super Bowl aspirations. He did so by guaranteeing a victory.

"I know the sky is falling outside. It's falling, and I get that and the fans are reeling just a little bit," Pederson said to Angelo Cataldi on SportsRadio 94 WIP. "But we're going down to Dallas, and our guys are going to be ready to play. And we're going to win that football game. And when we do we'll be in first place in the NFC East and we'll control our own destiny and be right where we need to be."

If the sky was falling in Philadelphia last Monday, it's hard to imagine exactly what it's doing today. The Eagles have fallen to 3-4. Their offense has been devastated by injuries to DeSean Jackson, Jason Peters and Darren Sproles. Defensively, they have the 30th ranked passing defense.

Entering last night, the Eagles defense had been stout against the run. But Elliott averaged five yards per carry Sunday, rushing for 111 yards and a touchdown. Quarterback Dak Prescott, who also completed 21 of 27 pass attempts, rushed for 30 yards on five carries, including a touchdown. And while wide receiver Tavon Austin only got one carry, he made the best of it, taking it 20 yards for a touchdown.

Sunday, the Cowboys moved to 4-3 and into the driver's seat in the NFC East. The Eagles, just two years removed from winning a Super Bowl, look like they need re-tooling, and could fade out of the playoff picture altogether.