When the Indianapolis Colts and Los Angeles Chargers meet in Week 1, it's unclear if Colts quarterback Andrew Luck will be active. But it increasingly appears Anthony Lynn and the Chargers will be without one of their best offensive weapons - running back Melvin Gordon.

Per Ian Rapoport of NFL Network, Gordon's holdout likely won't conclude at the end of the preseason. Rapoport says that Gordon, 26, hasn't been happy with the progression, or lack thereof, in discussions for a new contract. So his holdout "is expected to continue into the season."

A former first round pick, Gordon has rushed for 3,628 yards in four seasons. Gordon has become an elite fantasy running back, with 38 touchdowns across those four seasons, 28 of which have come on the ground. 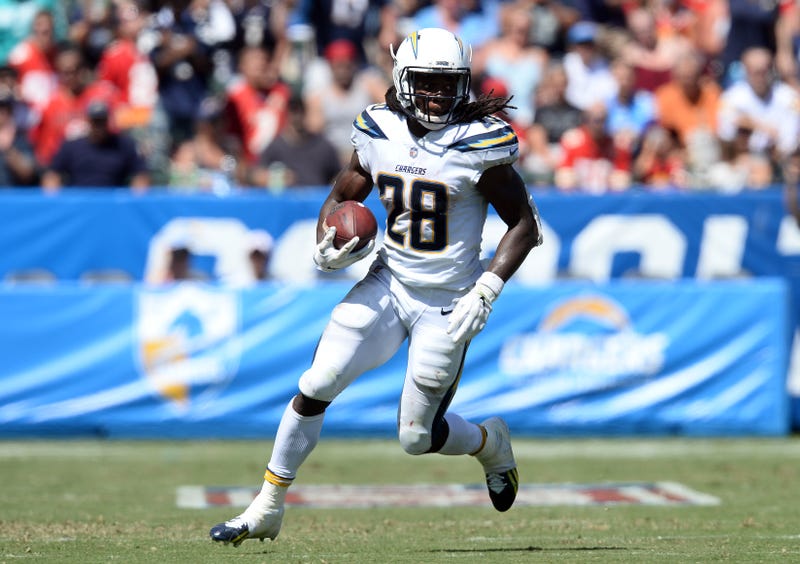 Though he missed four games in 2018, Gordon averaged 5.1 yards-per-carry, a new career-high, and helped the Chargers to go 12-4. However, 12-4 was only good enough to win a Wild Card spot in the AFC, with the Kansas City Chiefs winning the AFC West. That Wild Card spot got them a date with the New England Patriots in the AFC Wild Card round, a game that the Chargers lost 41-28 with Gordon rushing for just 15 yards.

Even with uncertainty about Gordon's availability, the Chargers checked in at No. 5 on RADIO.COM Sports' NFL Power Rankings. In addition to eight-time Pro Bowler Philip Rivers, both Keenan Allen and Hunter Henry enter the 2019 season healthy. Rivers has also voiced confidence in Gordon's backups - Austin Ekeler and Justin Jackson. Ekeler has averaged 5.3 yards-per-carry in two NFL seasons, while Jackson is a popular breakout candidate as he gets ready for his second season.

In theory, Gordon needs to report to the team by Week 10, or he won't accrue a year played, and can't become a free-agent at the end of the season. The issue with that line of thinking, though, is even if Gordon plays this season, the Chargers could place the franchise tag on Gordon twice before he can become a free-agent. They may ultimately elect not to, but between that and the possibility that he could get injured in 2019, it behooves Gordon to try to get paid up front.