Playoff seeding hangs in the balance. It is of the utmost importance for NFL teams to have their stars, their role players, and even their backups at full health in this critical stage of the season. Perhaps just as importantly for you readers, however, is the status of that one potential flex play that could make or break your fantasy football season.

Here are the injuries that impact the world of fantasy football as we enter the home stretch.

Fantasy Impact: Another week, another task that Brissett will have to complete without his top receiving option. After a great start to the year, Hilton has missed a big chunk of games and in turn has become a candidate for bust of the year.

Fantasy Impact: Hollywood is a spark plug for the Ravens offense, but against a good Bills defense and in a ground-heavy scheme, it’s probably better to leave him on the bench regardless of his health come Sunday. 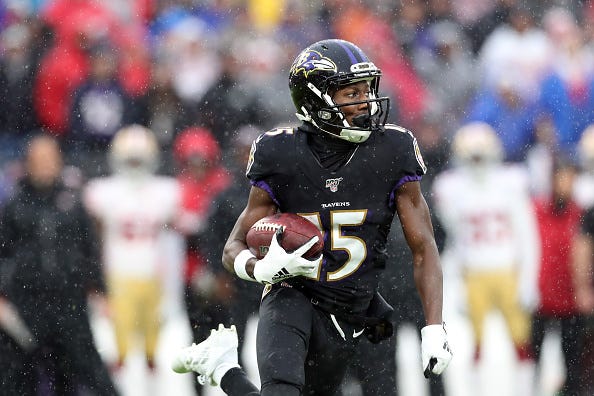 Fantasy Impact: The David Blough show continues, and though it definitely didn’t hurt Kenny Golloday or Marvin Jones on Thanksgiving, expectations should be tempered for their ability to put up a repeat performance. Adam Thielen will likely be on the sideline, but the good news is that Dalvin Cook looks ready to roll, which would have been a huge blow to fantasy teams.

WAS WR Paul Richardson, Out (Hamstring)
WAS WR Trey Quinn, Out (Concussion)

Fantasy Impact: Dwayne Haskins has a massive task at hand, and he’ll have to lean on Terry McLaurin if the Redskins want to mount a passing attack. Luckily, Chris Thompson and Adrian Peterson are at full health, but this matchup is too lopsided to warrant much fantasy attention on the Redskins side of the ball.

Fantasy Impact: Fuller, the ultimate boom-or-bust candidate (but leaning more towards the bust side of things), is expected to play. He should only be started in a desperation move, a position you hopefully aren’t in as a playoff team.

Fantasy Impact: Jimmy Garoppolo will look to a healthy Emmanuel Sanders, George Kittle, and running back squad to carry the weight regardless of the health of the above receivers. Though they’ll be helpful if healthy, they’re not worth fantasy starts.

Fantasy Impact: If you stuck with A.J. Green this far into the season, you’re probably not in your fantasy playoffs anyway!

Fantasy Impact: The Carolina mainstay suffered a concussion and likely will be sidelined for some time. With the playoffs likely out of reach, it’s a safer move to preserve his health.

Fantasy Impact: Though illness usually doesn’t keep players out of games unless considered very serious, there is a legitimate chance Bell does not suit up on Sunday. Keep tabs on him, as well as on Griffin, who has become a solid streaming tight end candidate in the extremely unpredictable pool of players at that position this year. Demaryius Thomas isn’t worth a start. 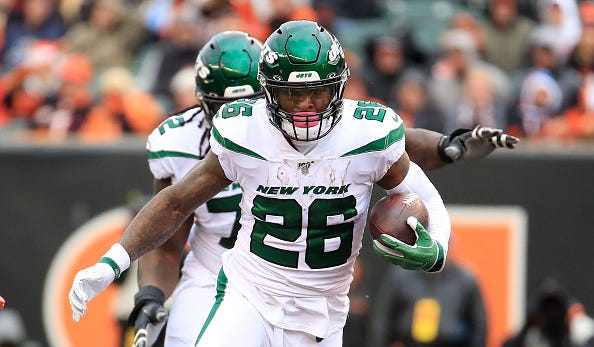 Fantasy Impact: With Williams out again, both LeSean McCoy and Darwin Thompson are high-risk plays, as it becomes a whole lot more difficult to trust them against the stout New England defense. Edelman is a must play in this matchup, as there is no concern he’ll miss any time. Sanu isn’t as surefire an option to play a full set of reps, and he is not as reliable a target in general.

Fantasy Impact: A shoulder fracture that has kept Jacobs to limited practices for weeks may finally be enough to keep him out of Sunday’s game, which is unfortunately a part of the afternoon slate. Keep a close eye on any indicators that he may be out, and perhaps look to pick up someone like Jalen Richard, Darwin Thompson, and Benny Snell as a backup plan should he be kept out. Humphries shouldn’t be on anyone’s fantasy radar.

Fantasy Impact: Despite logging three limited practices this week, Conner will sit out once again, which is a brutal blow to anyone who was still able to make it through without his services the past few weeks. Smith-Schuster, another candidate for bust of the year, will sit out again. Because of the weak Cardinals defense, it is worth looking at options like Jaylen Samuels, Benny Snell, James Washington, and Diontae Johnson if you are in need of a flex play.

Fantasy Impact: Any casualty of the talent-depleted tight end pool is a big one, and Everett’s absence could force some difficult streaming decisions for the first round of the playoffs. Luckily, Tyler Higbee should be available for anyone that needs to switch out Everett.

Fantasy Impact: Daniel Jones is out, meaning Eli Manning will make his return against Philadelphia. His rapport with Sterling Shepard may prove useful in boosting the WR’s flex appeal, but the return of Golden Tate affects that in the other direction.