Though it’s not due to injury, the NFL will see it’s 44th starting quarterback of the season in Week 7, as Ryan Tannehill will start in place of the perpetually-struggling Marcus Mariota.

That’s just one change to keep your eye on as the Sunday games draw nearer, and here are the fantasy-relevant injuries to keep track of in addition to the chaotic QB shakeup throughout the league.

Fantasy Impact: Brown’s injury comes at a much lower cost with the return of Todd Gurley sans an injury designation.

Fantasy Impact: Samuel’s absence leaves room for Dante Pettis and Marquise Goodwin to live up to some of their postseason hype, while Mostert’s injury means that Jeff Wilson Jr. could step in in a late game situation. Vernon Davis stays sidelined after Jordan Reed was put on IR leaving the team desolate at the tight end position. Chris Thompson, a reliable source of backfield receptions, will miss this one as well, meaning Adrian Peterson will be taking the bulk of backfield work.

Fantasy Impact: Campbell hasn’t been a big contributor, so nothing noteworthy here.

Fantasy Impact: After a rough outing against the Saints, Gardner Minshew and D.J. Chark will have to find their magical chemistry with both other primary receiving options out. A.J. Green’s season debut will have to wait another week as Tyler Boyd and Auden Tate shoulder the load. 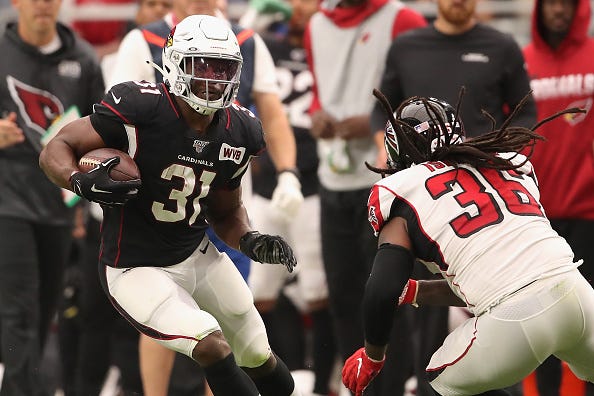 Fantasy Impact: Two primary weapons are in question for the Cardinals, but David Johnson is more likely to play than not. Kirk will reportedly only go if he’s 100% ready to play, so he’s worth starting if he does roll out. Shepard misses another game after suffering his second concussion two weeks ago, but the returns of Saquon Barkley and Evan Engram help ease the pain of that absence.

Fantasy Impact: Brown has been hobbled by this injury for a while and will likely be a game time decision. Dissly will miss the rest of the season after a breakout start to his 2019 campaign, meaning the Seahawks will have to find a new primary red zone target. 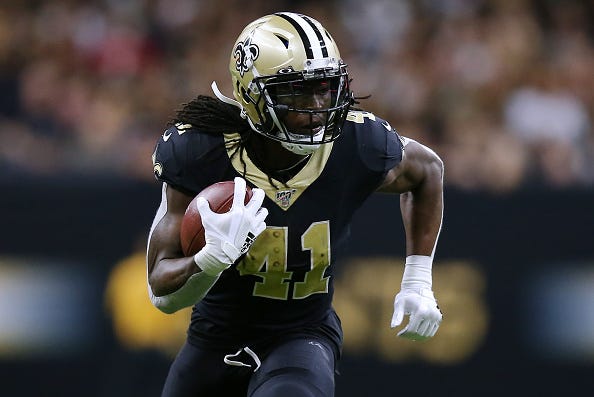 Fantasy Impact: While Drew Brees will sit out for another week, Mitch Trubisky has a chance to take the field for the first time in a while.
What this does for the offense is completely up in the air, but Chase Daniel didn’t do much to revamp a continually lifeless attack in Chicago. With Alvin Kamara and Jared Cook out, Teddy Bridgewater will lean heavily on the services of Michael Thomas and Latavius Murray. Murray played well in Kamara’s limited showing last week.

Fantasy Impact: Without DeSean, the Eagles offense has been unable to replicate its success from Game 1. Two other receivers are hampered on the other squad, and Amari Cooper’s availability will determine the team’s success against the Eagles almost as much as the offensive line’s health.