Fantasy Impact: While the Jets should be at or near full health for most players, the Giants will again miss the services of two of their best offensive weapons. This should be an… interesting matchup to say the least.

Fantasy Impact: Matt Schaub will no longer need to fill in (for the time being), but what this means for the success of the Falcons’ fantasy production isn’t exactly clear… Schaub actually had some really high yardage outputs and provided Julio Jones and Austin Hooper with some good weeks. Alvin Kamara is back and should be at full speed, meaning Latavius Murray takes a hit. Reunited with Drew Brees, Kamara should be able to put up the numbers that he was drafted for.

Fantasy Impact: After dislocating his kneecap, Mahomes will make his return in Week 10 after a two-week absence. It’s a pretty miraculous recovery on the surface, but NFL doctors such as David Chao predicted a three- to four-week recovery window, which fits the bill here. Corey Davis and Delanie Walker, two of the top pass-catching options for Ryan Tannehill, will both be unavailable as A.J. Brown and Jonnu Smith have an increased outlook. 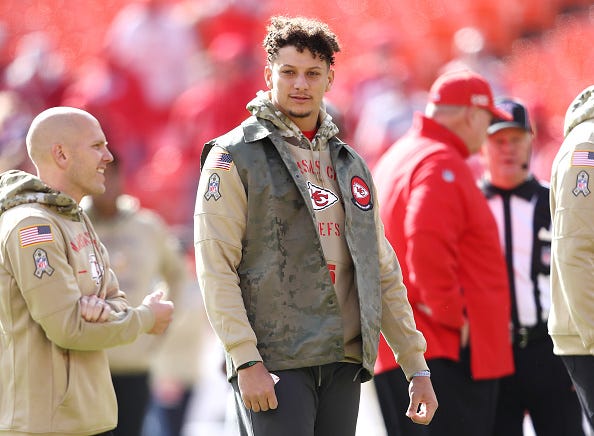 Fantasy Impact: Jackson doesn’t seem to be in jeopardy of missing time. Marquise Brown, on the other hand, logged some practices but has been dealing with this injury for a long time. He’s worth starting as a weak flex if he’s full-go based on his sky-high upside, but should be monitored. We’ll have to wait yet another week to see the season debut of A.J. Green, though it would have come during a Ryan Finley start for this week.

Fantasy Impact: Seals-Jones has been a moderately useful fantasy tight end this season, but he’s by no means a startable player unless you’re in a bind. With a potential injury designation heading into gameday, it’s probably best to avoid him this time.

Fantasy Impact: David Johnson will take over once again despite the strong debut from Kenyan Drake last week. It will be interesting to see how Kliff Kingsbury divvies up the touches in this one.

Fantasy Impact: Stafford was shockingly ruled out on Sunday morning, meaning Jeff Driskell will start against a Bears defense that has not looked as good as we thought against quarterbacks of late, but perhaps this is a game for Chicago D to get back on track.

Fantasy Impact: If Brian Hoyer has to start again over Brissett, who will likely be a game-time decision, he will have to do so without his top two wide receivers. Zach Pascal gets a boost in this one no matter who is under center, as do Eric Ebron and Jack Doyle.

Fantasy Impact: If you’ve been living under a rock for, well, the entire NFL season, you might have missed out on all the Cam Newton drama. Here’s a quick summary: he’s done for the season, and his entire career is in jeopardy.

Fantasy Impact: Brandin Cooks won’t be able to play though he was able to practice this week, meaning it’s just an issue of getting out of the league concussion protocol. With James Conner and Benny Snell out, it will once again be the Jaylen Samuels show as he looks to build off of his 13-catch effort (!!!) in Week 9. Smith-Schuster was a late addition to the injury report.

Fantasy Impact: The two top receivers in this one are either out or in jeopardy of missing time, but Cooper’s chances seem high as he practiced on Friday and he frequently plays through a questionable designation.

Fantasy Impact: There are some big names to watch for here, but we won’t know anything for sure until this game’s injury report is officially released.