Last week Patrick Mahomes returned, but another quarterback unexpectedly was ruled out in Matthew Stafford. It's been a rough year for quarterbacks, and has made the fantasy ramifications difficult to predict.

As the season heads into Week 12, many teams are banged-up. Here is the fantasy outlook for this weekend:

Fantasy Impact: Bell was also sick this week and missed some practice time due to his illness. He’s overall very banged up, so keep an eye on his status. If he misses, don’t try and replace him with another Jets RB, as there isn’t anyone of note in that backfield outside of Bell. Thomas, who hasn’t been much of a factor this year, shouldn’t be in lineups to begin with. Davis is out, as has been the trend lately, and Richardson will miss, too. The only Redskins worth starting is Terry McLaurin.

Fantasy Impact: The biggest factor in this matchup was Jacoby Brissett’s availability, but he was able to log three full practices this week and will start in an important division matchup. Unfortunately, he’ll be without his top wideouts and will need to rely on Eric Ebron and Jack Doyle in the receiving game.

Bills at Dolphins
-None

Fantasy Impact: Jeff Driskel will once again take the reins in this matchup against Dallas, meaning that everyone takes a hit in their reliability. That doesn’t mean you should bench guys like Kenny Golloday and Marvin Jones, though it does limit put their floor and ceiling into question. 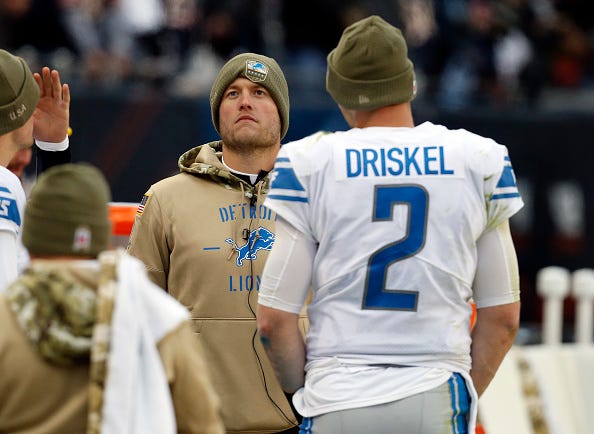 Fantasy Impact: Neither Fuller nor Brown were able to log full practices this week, but both did so in a limited capacity. Keep an eye on both, as they have both missed several games this season.

Fantasy Impact: Brian Hill is the running back to deploy this week if you’re going to choose a Falcon for your fantasy backfield. Hooper’s absence hurts, as he has been the best tight end in fantasy this year and will be very difficult to replace for those teams that were smart enough to draft him.

Saints at Buccaneers
-None

Fantasy Impact: Both teams have receivers listed on the injury report, but the Vikings are missing the more significant of the two. Stefon Diggs figures to have a large target share in this one, and if Hamilton should miss, Cortland Sutton has a very high ceiling even with Brandon Allen as the signal caller.

Fantasy Impact: Whoa. The whole entire offense, save for Jimmy Garoppolo and a few others, is in danger of missing this game for the Niners. They struggled with drops from Deebo Samuel against the Seahawks, but even with all these injuries, San Francisco shouldn’t have too much trouble handling the Cardinals. Keep an eye on the questionable players, but the only one worth starting if he’s good to go is Emmanuel Sanders.

Fantasy Impact: Losing Alshon hurts, and Wentz should lean heavily on the Zach Ertz-Dallas Goeddert TE battery as well as Miles Sanders. New addition Jay Ajayi could see some time if Howard should miss out on this one, but Miles Sanders figures to be the primary running back.

Fantasy Impact: Montgomery is questionable, but trending upwards after logging some practice time on Wednesday and Friday. With Cooks out and Everett questionable, Robert Woods and Cooper Kupp are the only two real threats in the Rams passing attack.

Chiefs at Chargers
-None