If you’re a Steelers fantasy owner, injury news has certainly kept you busy. You’re probably out of the playoffs at this point if you relied on the Steelers, anyway, but JuJu Smith-Schuster suffered another injury in practice this week and will be unavailable. It seems like everything that could possibly go wrong for the offense has indeed occurred, and yet the team is still 8-5. However, a possible return from another star could be a massive boost to playoff teams.

Here are the details on the Steelers’ injuries heading into Sunday night’s clash with the Bills, as well as a rundown of the league’s injury reports and how they affect your fantasy playoffs.

Fantasy Impact: I simply can’t say anymore than what I’ve already said over and over and over again about Green’s health this season. Edelman is questionable as usual, but he’s tough as nails and always seems to find his way onto the field and should be started. Sanu, even if able to play, doesn’t make for a strong fantasy start despite the friendly matchup.

Fantasy Impact: Winston played through a thumb fracture last game, and boy did he play through it, topping 450 yards and scoring five touchdowns. He’ll start, but he’ll have to go the rest of the season without Mike Evans, increasing the fantasy outlook for Chris Godwin, O.J. Howard, and Cameron Brate. Brashad Perriman is someone to keep an eye out for as well. David Blough may be without lead running back Bo Scarbrough as he was unable to practice on Thursday, but isn’t worth a start anyway against a stingy Bucs run D. 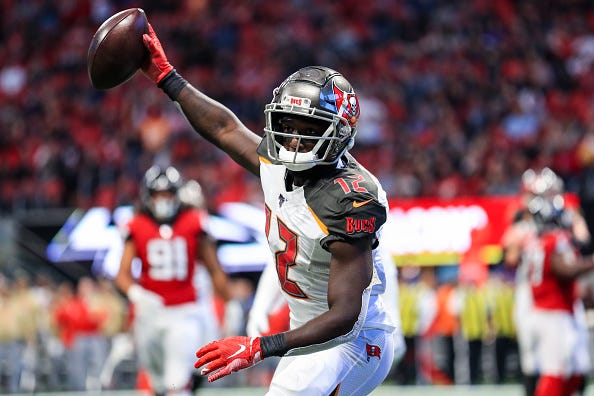 Fantasy Impact: Fuller will miss this divisional clash, meaning that DeAndre Hopkins is the only startable receiver in Houston. Derrick Henry is listed as questionable but says that he’s going to play, meaning that arguably the most dominant running back in football will look to plow over the Texans vulnerable run defense.

Fantasy Impact: Fant was able to return to practice on Friday after his breakout game in which he scored and compiled 113 yards. He’s worth a start if you’re struggling at the TE position (not an uncommon occurrence), but there are plenty of more reliable options out there. If Williams misses, LeSean McCoy and Darwin Thompson will once again head the unreliable KC backfield. No one in the Chiefs backfield is reliable enough to comfortably start.

Fantasy Impact: Two of Fitzpatrick’s top options are out, but the only one that is concerning for fantasy owners is DeVante Parker. However, should he be ruled out and Wilson be ruled active, Wilson would be a sneaky play against a vulnerable defense. Eli Manning gets another go to even up his career record, but will do so without the oft-injured Evan Engram. All three NYG wide receivers are good options this week.

Fantasy Impact: Alshon Jeffery is out for the year, DeSean Jackson is still sidelined, and Carson Wentz is back to needing to rely on a desolate receiving corps and his two talented tight ends if Agholor can’t make it back on the field in time. He’s not worth a start even if he does play. Miles Sanders and Boston Scott will have another opportunity for a big game if Howard can’t play, but if he does, all three become tough to start. The only receiver worth starting in Washington, Terry McLaurin, will have a sizable role against a very vulnerable secondary. 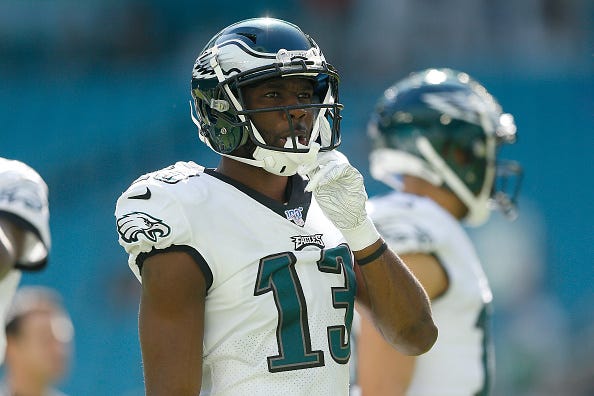 Fantasy Impact: Both teams have the same offensive injuries to worry about last week, but neither of them makes a significant impact on the fantasy implications of each team’s stars. Continue to roll out D.J. Moore, Curtis Samuel, and CMC (duh), and Chris Carson has the backfield in Seattle all to himself.

Fantasy Impact: Allen Robinson has been the man recently, and he continues to be a good fantasy play in the absence of Gabriel. Jimmy Graham is a desperation start if he does play, so try to look elsewhere.

Fantasy Impact: Thielen is back, which should have fantasy owners feeling thankful. Dalvin Cook owners are probably thankful as well, as the biggest threat to vulture away points is unable to go this week.

Fantasy Impact: Two of the year’s biggest pleasant surprises show up on the injury report this week. Chark’s absence means that Dede Westbrook and Chris Conley could have a good week against a vulnerable defense, but are tough players to start confidently. Jacobs should be good to go in this one against a pretty weak Jaguars defense.

Fantasy Impact: Tyler Higbee has been a fantasy monster in Everett’s absence and will look to continue his strong performance as of late.

Fantasy Impact: If James Conner can play, there is no reason to expect that the team won’t lean on him big time in a crucial matchup with heavy playoff implications. Start him in your lineups if he’s able to finally take the field once again. No one else on the Steelers is worth playing, unless Conner can’t go, in which case Jaylen Samuels is a desperation move at FLEX.

Pay attention to further developments as the injury report gets released ahead of Monday night’s showdown.