When a matchup produces 94 total points, there are bound to be some good fantasy performances in the mix. And for those fantasy playoff teams that leaned on the star-studded Saints-49ers matchup, they were handsomely rewarded… probably. As with all of fantasy football, production - and a lack of - came from unexpected places.

Let’s dive into the big game in the Big Easy and the rest of the Week 14 slate.

The rookie receiver is out for the year after being placed on IR. He hadn’t been much of a factor throughout the season, and with T.Y. Hilton’s status continually in question, the Colts will have to lean on Zach Pascal, Jack Doyle, and Nyheim Hines through the air.

Seen in a walking boot a day after the injury occurred, Chark suffered an ankle injury and is considered day-to-day (per NFL.com). If he is unable to go, Dede Westbrook and Chris Conley become good flex plays, especially when taking on the Oakland Raiders.

The second-year running back just can’t seem to stay healthy, suffering yet another knee injury. It’s especially unfortunate because Guice had performed admirably and had shown the potential that made him such a highly-touted draft prospect for Washington, but his inability to stay on the field has been the most prominent characteristic of his career.

This would be quite the big blow, wouldn’t it? However, considering he was already able to practice on Monday in preparation for the short week ahead and the matchup against the Jets on Thursday, it doesn’t seem to be serious at all. John Harbaugh didn’t give a definitive answer at Monday’s presser, saying that it “doesn’t appear serious” but is still day-to-day, per Jamison Hensley. The question will likely come down to whether or not the team wants to conserve their QB in a very winnable matchup, but at this point, I would be surprised.

The receiver, troubled with health and alleged chemistry issues the entire season, was carter off the field during Monday night’s game. Largely touchdown dependent, this will be a season to forget for Jeffery if he can’t make it back on the field. The Eagles depleted receiving corps hold little to no fantasy value, but the tight end duo of Zach Ertz and Dallas Goedert are both good options at tight end.

A scary play where Mahomes saw his hand crushed under a much heavier lineman may have looked worse than it actually was, as reports point to the MVP-caliber quarterback playing as usual in Week 15. He’s one of the few QBs you stick in your lineup without question if he’s taking the field, so as long as the Chiefs are playing him, you should as well.

A torn ACL officially ends the season for the Seahawks running back, who showed flashes this year where he actually outplayed Chris Carson. Carson’s status as the lead running back, if not secure before this injury, is completely secure now.

This one is a big blow to fantasy owners. Ridley, currently a top-20 receiver, will miss the rest of the season after taking a blow to his lower abdominals. He provided fantasy owners with a nice season finale, posting over 70 yards and a score for the fifth time this season. Luckily, an emergency replacement may not be too difficult to find (if you can get to him in time), as Olamide Zaccheaus benefitted from Ridley’s absence in a big way: a 93-yard touchdown, to be exact. Deploying him in your lineup is a really gutsy call, but taking risks is one of the reasons fantasy playoff teams find themselves at the top of the league.

We’ll get more into Winston’s performance further down in the article, but for now, we have to mention the bad news. Winston fractured his thumb, and though Jenna Laine reports that the team thinks he’ll be able to play, it isn’t exactly the scenario you’d hope for with one of the riskiest options in the game when healthy. He also lost one of his biggest weapons…

… who sustained a fairly serious injury on a 61-yard touchdown. He pulled up in the end zone with a hamstring and was noticeably uncomfortable. He’s out for the year, and though technically his replacement will likely be Brashad Perriman, you can expect Chris Godwin and O.J. Howard to be the only startable Tampa Bay fantasy assets. 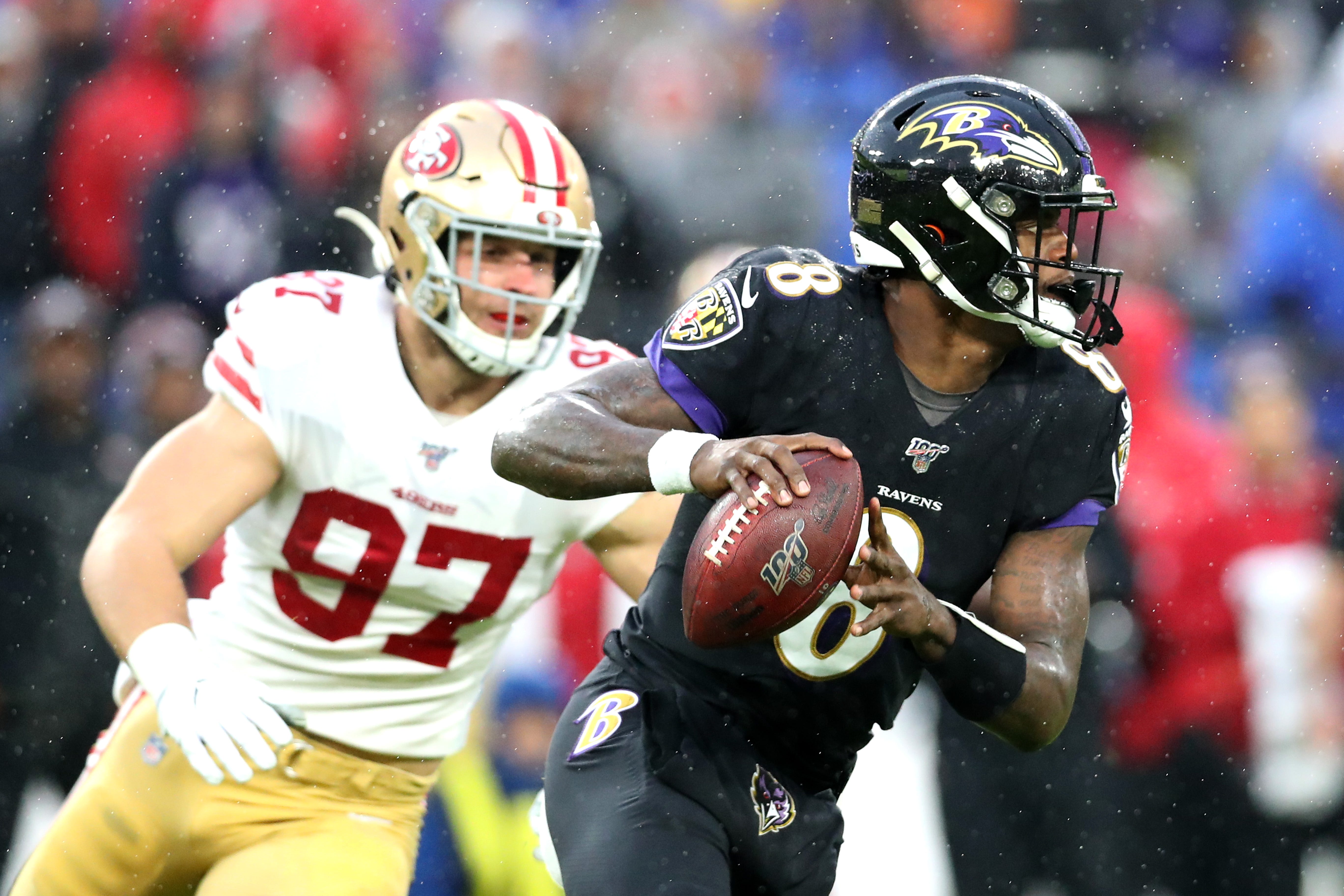 Fantasy Football: Which Teams Are Projected to Score Most in Week 15?

No one else puts up stat lines quite like Jameis Winston, and Bruce Arians and the Bucs’ defense both provide him with plenty of opportunity to keep on posting absurd figures. He started off the matchup against Indianapolis as he often does: with an awful interception. But through trial and error, and then some more error, Winston ends up finding a way to lead fantasy teams to success. This week, he found success to the tune of over 450 yards and five total touchdowns, while continuing to make costly mistakes that play a much larger role in real football than in fantasy.

The TE position isn’t all that shallow…

But that doesn’t mean it’s not hard to predict. There were 17 tight ends who had at least 7.0 fantasy points in standard scoring. Who knew you could have started Robert Tonyan, Hayden Hurst, or Nick Boyle and still had a passable week at the position? It’s even more frustrating when you consider that tight end “studs” like Austin Hooper, Mark Andrews, and Jack Doyle did little to nothing for their owners.

Who? Philadelphia’s fourth-string running back put on a show on Monday night against the Giants, carrying the team on his back after Miles Sanders exited with a small injury. And though Sanders eventually returned, it was Scott who received the goal-line work and converted a short touchdown. It was especially impressive seeing Scott work through the air, however, as he caught six balls for 69 yards. Over 100 total yards and a score for a completely unowned, fourth-string player? You don’t see that every day.

Brown has gone off before, but he outscored every other wide receiver, running back, and tight end this week as he exploded for 153 yards and two scores. With the way Ryan Tannehill has been playing lately, a serious connection between the veteran QB and his young WR1 option could become a lethal fantasy asset to own.

That’s two weeks in a row where Mostert has gone for over 100 total yards and a score, even in  the same backfield as Matt Breida and Tevin Coleman. He led not only the backfield but the whole offense in touches, and is doing more with each opportunity than the other members of the backfield. With that said, it’s still hard to predict whether he or Breida will be the lead back, though Coleman seems to have faded out. 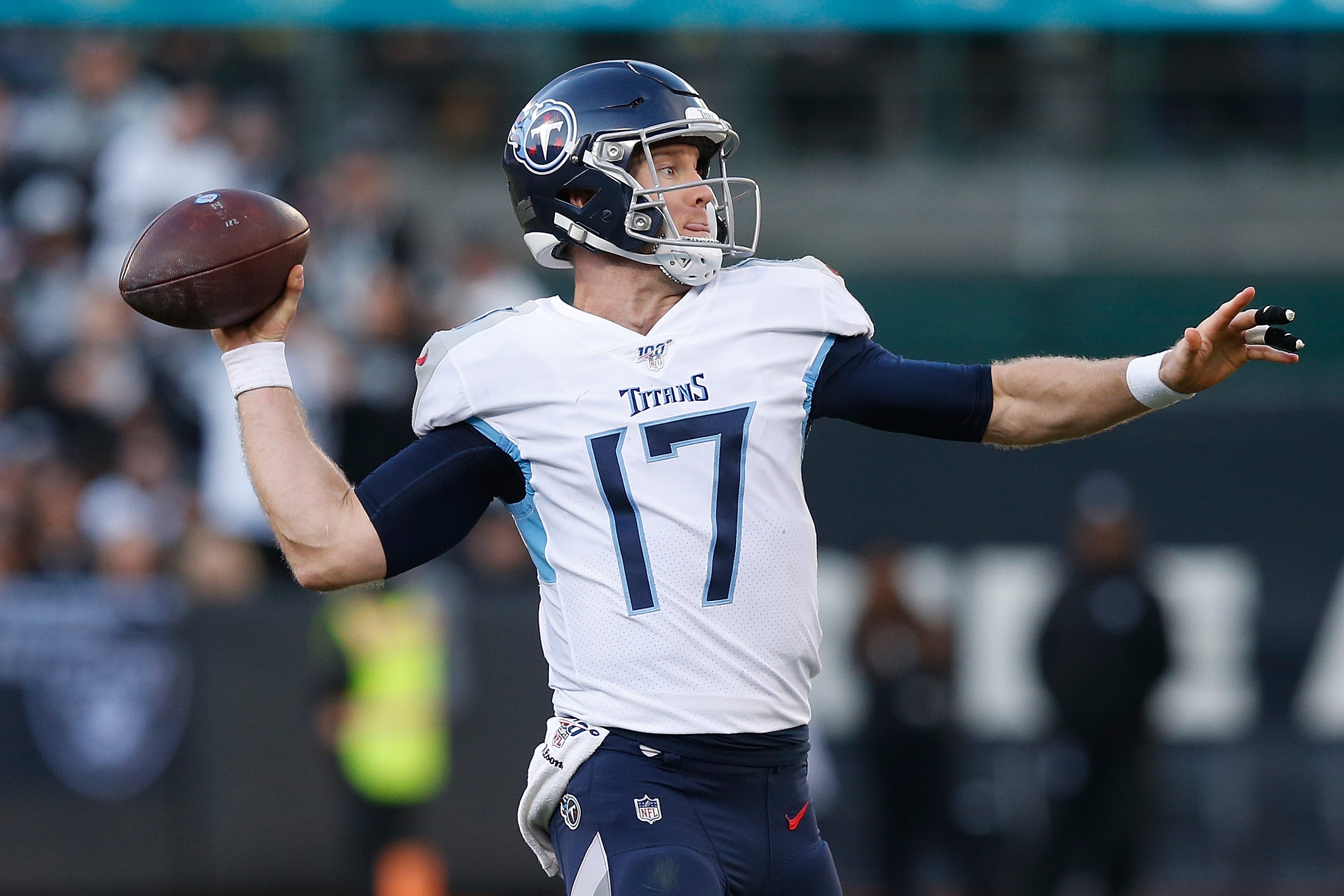 This unfortunately seems like a problem that won’t be fixed for the rest of the season. Neither the chemistry with Baker Mayfield nor the desire to be in Cleveland are there for OBJ, and the off-field issues continue to put his future as a Brown in question. If you have him on your team and you’re still in the running, it’s a really difficult call on whether or not you should start him. You probably feel obligated to start him more than anything else, but be wary.

The Chiefs give up a lot of points to opposing running backs. A lot. Sony Michel didn’t exactly capitalize on that opportunity, finishing with a whole 0.9 points. Yikes. This offense isn’t very good, and Belichick doesn’t seem committed to utilizing Michel consistently as a bell cow back.

The 49ers are a good team, but in a game where the Saints put up 46 points you’d expect Kamara’s fantasy contribution to be a little bit larger than 2.3 standard fantasy points. He has been a disappointment for the bulk of the year, and Drew Brees leans so much more on Michael Thomas than on his star running back.

Bounceback of the Year: Dalvin Cook

Bust of the Year: A.J. Green