Somewhat surprisingly, the Chiefs have not scored more than 30 points in a win since Week 4 in Detroit, but oddsmakers believe that will happen this week against the Raiders in Kansas City.

No team other than Patrick Mahomes and company is projected to score 30 or more points in Week 13, as those in Las Vegas are not projecting Jon Gruden’s defense to pose a threat.

Meanwhile, the Saints have now been projected to score 28 or more points for five consecutive weeks.

Here are the implied team totals for Week 13 of the 2019 NFL season: 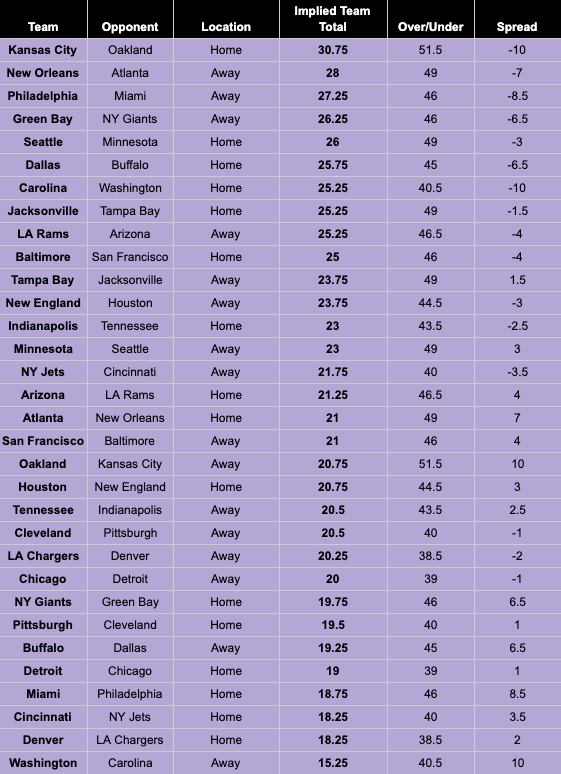 Have a fantasy question? Need the best waiver wire options or stealthy starts? Comment with a question on the Week 13 RADIO.COM Sports Fantasy Football Show over on YouTube (published Tuesday mornings), and Stephen Andress will answer it. Click here to watch.