Here are the implied team totals for Week 2 of the 2019 NFL season: 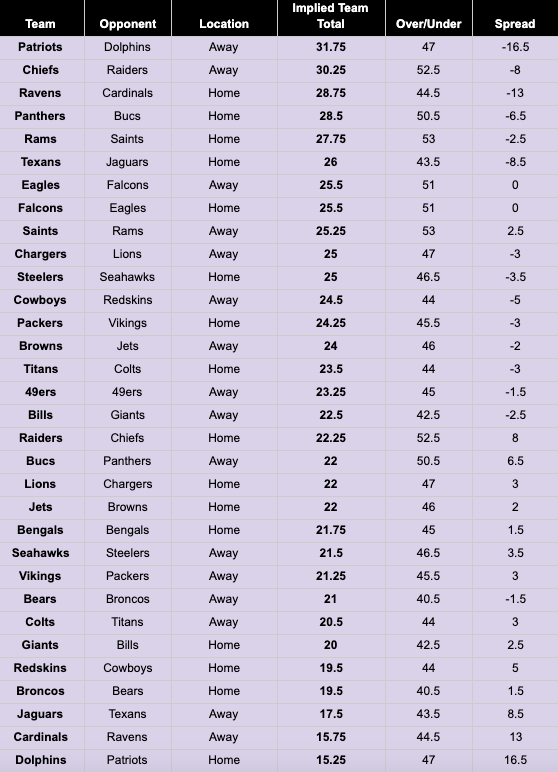