There is a significant gap between the game projected to produce the most points in Week 5 and the next highest projected games. Colts at Chiefs this week has an over/under of 57 points. The games with the second-highest total? Rams at Seahawks and Falcons at Texans at 49 points each.

If you’re looking for fantasy goodness in Week 5, start there.

Here are the implied team totals for Week 5 of the 2019 NFL season: 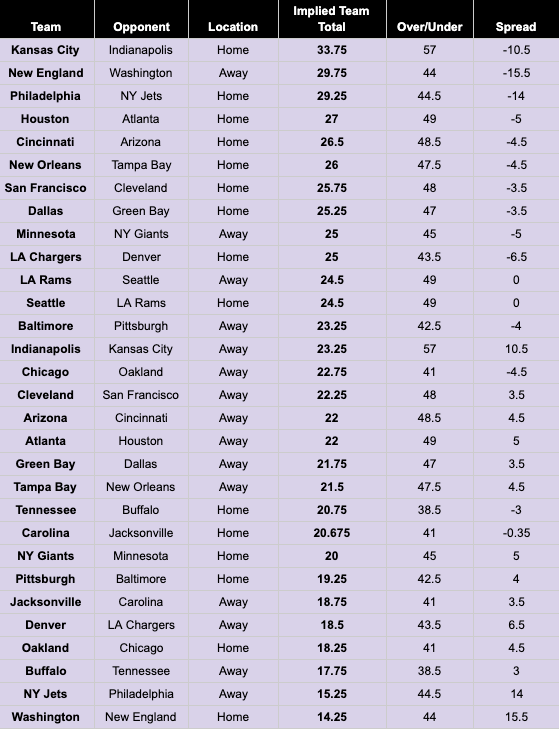 Have a fantasy question? Need the best waiver wire options or stealthy starts? Comment with a question on the Week 5 RADIO.COM Sports Fantasy Football Show over on YouTube, and Stephen Andress will answer it. Click here to watch.