Since Week 7, there are six receivers who have produced more per game than DeVante Parker, including DeAndre Hopkins, Michael Thomas, and Mike Evans. Parker has been better than Davante Adams. And Tyreek Hill. And Julio Jones. Is it going too far to call him an elite receiving option the rest of the season? Not at all. The remaining matchups for Miami (listed above) feature weak defenses in winnable games, and for whatever reason, it doesn’t seem like the Dolphins are willing to completely tank. They could honestly finish with six wins this year! And Parker, somehow still available in a decent portion of leagues, has been the best receiver the past three weeks. Imagine that… a Miami Dolphin topping the fantasy leaderboards.

Let's take a look back at the rest of Week 13 of the NFL season from a fantasy perspective:

Cooper exited briefly on Thanksgiving but was able to return to the game. A report from ESPN’s Todd Archer states that he was “limping noticeably,” and any missed time from Cooper would mean that Michael Gallup’s workload would significantly increase. There aren’t any other reliable receivers in Dallas’s arsenal that could pick up the slack.

Jones was a very late scratch after initial reports indicated that he would be healthy enough to play. Now that he’s had a long week to recover, he should be okay for Week 14 action. Even for the hapless Falcons, coach Dan Quinn will likely continue to deploy Jones for the rest of the season (via Vaughn McClure of ESPN.)

The young quarterback had his hand wrapped up as the Browns walked away from Heinz Field with a crushing loss, though he returned to the game after the injury happened. However, most of the attitude within the organization seems positive, indicating that he won’t miss any time. He hasn’t been a great fantasy option this year when healthy, and faces a tough schedule the rest of the way.

Has anyone in the NFL been injured more frequently than poor Greg Olsen? The veteran tight end endured a big blow to the head and is dealing with a concussion. Unfortunately, this may put an end to a forgettable fantasy season for Olsen.

With Damien Williams already sidelined, the other Williams in the Kansas City backfield was having a solid fantasy day (receiving touchdown in the first quarter) when he had to leave the game with a non-contact injury. It shouldn’t be too serious, though, as the Chiefs are calling it a hamstring injury. Should he and Damien Williams miss time, LeSean McCoy will really have to carry the load in the backfield, with opportunity for Darwin Thompson to pick up some points as well. 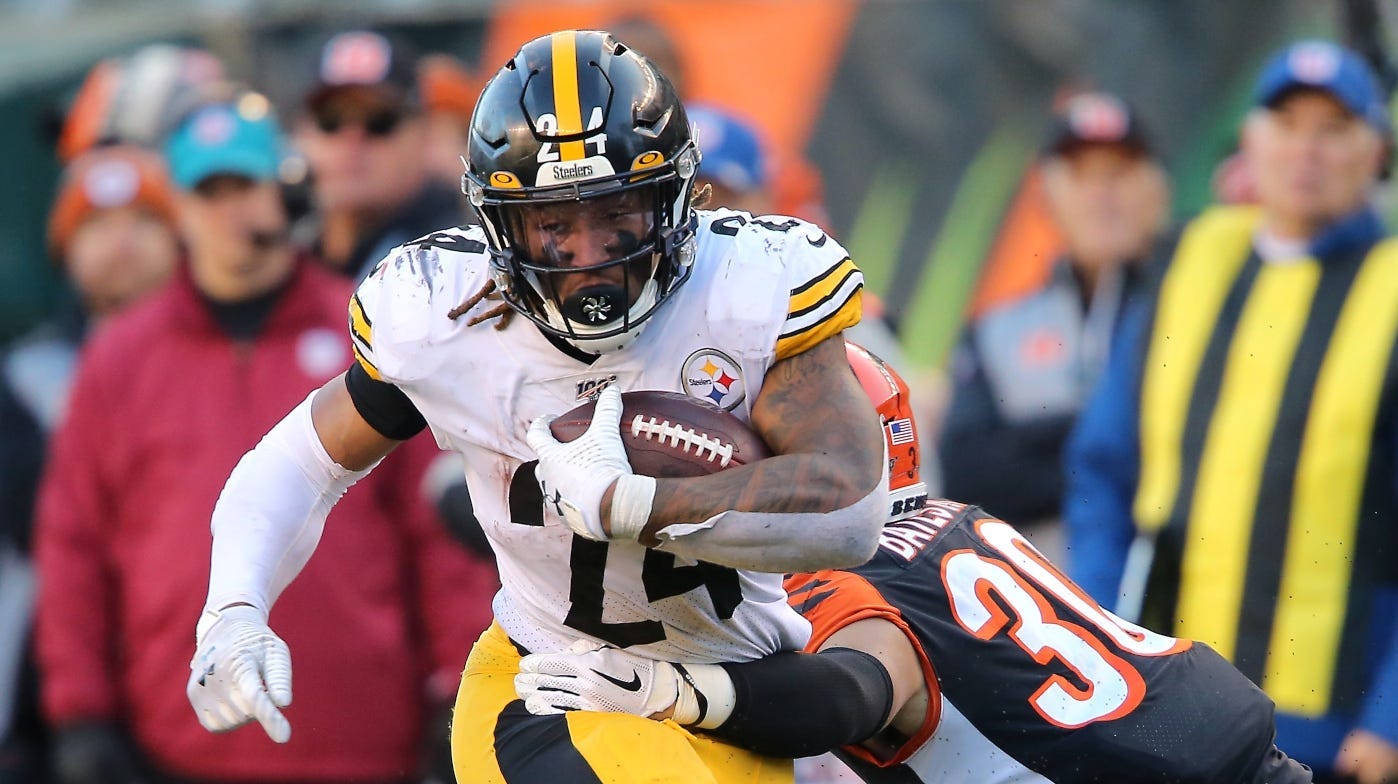 You can keep streaming QBs into the playoffs

The streaming quarterback strategy is one that we emphasize here at RADIO.COM Sports. But there is an especially good opportunity to stream as we enter the fantasy playoffs, given the matchups of some of the more popular streaming options. Simply put, the Miami Dolphins offer little to no resistance against opposing pass attacks. In a horrid loss (more on that later), Carson Wentz finished the week as the No. 4 quarterback after a five-week stretch of producing outside the top-20. The opponents for the rest of the fantasy football season and their QBs are as follows:
NYJ, Sam Darnold (58% owned on Yahoo, 28% owned on ESPN)
NYG, Daniel Jones (26% owned on Yahoo, 35% owned on ESPN)
CIN, Andy Dalton (8% owned on Yahoo, 4% owned on ESPN)

There is opportunity for big payoff here if you’re willing to take the streaming strategy gamble.

Tight ends are streamable, too (but it’s a lot more difficult)

Of the ten highest-scoring tight ends of Week 13, maybe three or four of them were drafted. Maybe. Travis Kelce (No. 8) and Jared Cook (No. 9) are fairly obvious, and Mark Andrews (No.5) and Jack Doyle (No. 3) could have been taken near the end of the draft. But Tyler Higbee (No. 1), Mike Gesicki (No. 2) and the rest of the top scorers are fairly obscure names. But how do you know who to stream if you’re in a situation that calls for it? Matchups are one thing. Arizona’s defense seemingly mandates that opposing tight ends must perform well, as they’ve allowed 13 touchdowns in 12 games and over 80 yards per contest to the position. The average weekly score for a TE against the Cardinals is 14.5 points, which would be second only to Travis Kelce on the year. And luckily, the streamable options continue with the remainder of their schedule:
PIT, Vance McDonald (50% owned on Yahoo, 60% owned on ESPN)
However, he has been almost a non-factor this season.
CLE, David Njoku if he returns from injury by then (29% owned on Yahoo, 21% owned on ESPN)
SEA, Jacob Hollister (57% owned on Yahoo, 38% owned on ESPN)

Going back to Week 14 of last year, a season’s worth of games for Henry, he is averaging 19.3 fantasy points per game (standard scoring). And while this number may be inflated due to the insane run he went on at the end of the 2018 season, including a two-game span in which he compiled 408 yards and six touchdowns, he has been very consistent throughout the entirety of 2019. This was one of my biggest concerns for Henry going into this year, as a 12 touchdown year isn’t quite as helpful as it appears if half of those came in two outings; nine of his first 11 games last year went for under 10 fantasy points. But Henry has been getting it done all year long for fantasy owners, recording only two single-digit fantasy scores and scoring touchdowns in nine different games. He’s getting hot at the right time, posting over 150 yards and a touchdown in three straight weeks.

Though we just spoke on him, we have to quickly acknowledge just how well he played against an Eagles secondary who had successfully stymied the Patriots and Seahawks in the two weeks prior to this matchup. Parker finished with 159 yards and two touchdowns on seven catches, a couple of which were incredible catches. The Eagles secondary suddenly looks quite vulnerable after Miami put out an all-pass, no-run game plan. Receivers such as Terry McLaurin, Sterling Shepard, and Michael Gallup should be enticing options in the coming weeks.

Man, is this guy explosive or what? Though he’s dealt with injury after injury in his short career, he looked every bit as dynamic as he did when the Redskins drafted him, scoring twice and picking up over 100 yards with bursts of speed and devastating power, displayed particularly clearly on a stiff arm late in the game. He has a mix of good and bad matchups ahead, including the stingy Eagles and the more porous Packers.

For some experts, a big game from White wasn’t too tough to predict this week: running backs have been able to hurt the Texans through the air consistently this season, and White defines the pass-catching back better than perhaps anyone in the league. But White’s 98-yard, two score performance through the air, very impressive in its own right, was bolstered by a 79-yard rushing performance. To put that number in perspective, he had only accumulated 129 rushing yards the entire season up to this point. A battle with Kansas City next week offers another matchup that may require Brady to lean heavily on his trusty backfield companion. 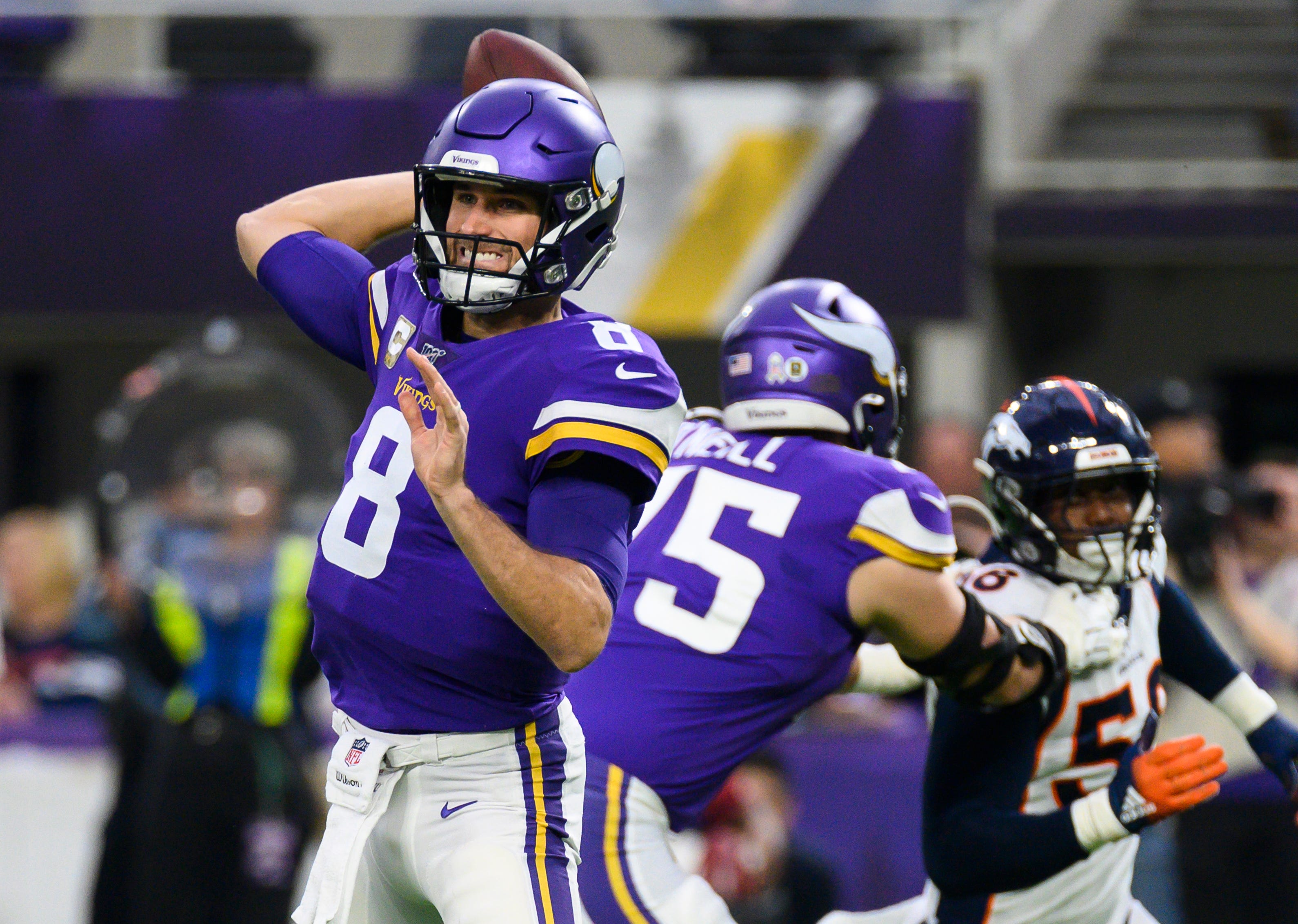 Fantasy Football: Which Teams Are Projected to Score Most in Week 14?

The Tampa Bay defense hasn’t exactly been a stingy one against quarterbacks. Actually, they’ve been quite the opposite, ceding the second most yards and the fourth most touchdowns through the air to opponents. So Foles, working to return fully from his injury and gain the respect and trust of the Jacksonville fan base, had a terrific opportunity to go off and lead the Jaguars to a shootout victory. So much for that. It’s back to Minshew, for now, as Foles threw a pick, lost a fumble, and was overall completely ineffective before he got benched at the half.

We all know that Kittle provides for the 49ers in so many different ways that not many tight ends are, or ever have, been able to do. He opened up the entire field for Raheem Mostert on his long touchdown run, for instance. But how many fantasy points does he get for that? None. How many fantasy points does he get for inspiring this team’s confidence and giving Jimmy G the extra second he needs to make a play? None. And how many points did he score this week, when teams who sacrificed an early draft pick to get a top-tier tight end needed him the most? (Basically) none.

Fantasy Awards (so far)
MVP: Christian McCaffrey (he’s the only top ten overall scorer that isn’t a QB… and he’s No. 2 overall)
Rookie of the Year: Josh Jacobs (a top ten running back so far)
Bounceback of the Year: Dalvin Cook (has stayed healthy en route to a No. 2 RB performance)
Breakout of the Year: Lamar Jackson (he has the most fantasy points… and it’s not even close)
Bust of the Year: A.J. Green (0.0 points on the year for a fifth-/sixth-round value… yikes)