Despite the plethora of storylines to come out of an exciting Week 3, including strong performances of several backup and/or rookie quarterbacks, the continual dominance of last year’s MVP, and a couple of unexpected undefeated teams. But unfortunately, the fantasy football story that emerges most prominently out of this past slate of games is an injury to the undisputed first overall pick in most 2019 drafts.

Here’s a recap of that and more as we near the quarter mark (already?) of the season. 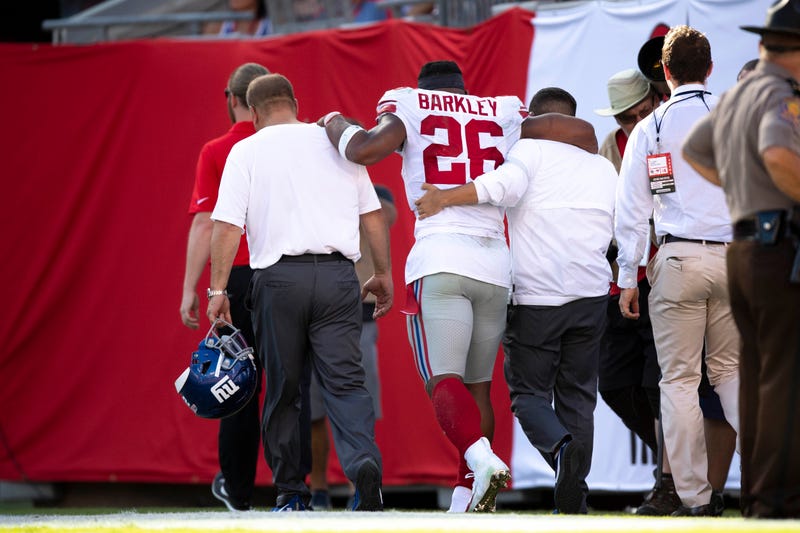 The Giants’ season is going in such a way that even the brightest moments are accompanied by a dulling feature. Saquon Barkley, the No. 1 overall pick in the average 2019 fantasy draft, will miss around four to eight weeks with a high ankle sprain. For those owners who used their first overall pick on Barkley, it’s likely that their team will suffer as a result. Wayne Gallman will fill in, but it’s not like the reason Barkley is so dominant has anything to do with the Giants offense. Consider Gallman a bench player with desperate flex upside.

On the bright side, the Giants won, and the Daniel Jones era has officially begun.

Here are some other fantasy relevant injuries out of Week 3:

Julian Edelman: The scrappy wideout suffered a chest injury against the Jets and should be considered questionable for his upcoming matchup against the Bills.

T.Y. Hilton: Hilton was dealing with an injury heading into the faceoff with the Falcons, and he came out of the game with an aggravation of that injury. He’ll likely carry a designation all throughout this week of practice, and it remains to be seen whether or not he’ll suit up for Week 4.

Vance McDonald: McDonald’s shoulder has been a problem area throughout his career, and it was his shoulder that forced an early exit against the 49ers.

LeSean McCoy: After posting a great fantasy day in which he scored twice, McCoy injured his ankle. It doesn’t seem to be anything too serious. 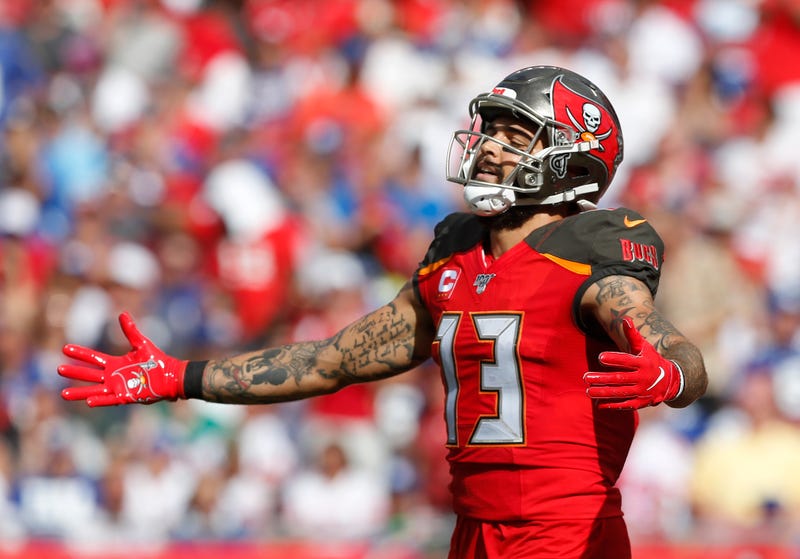 We’ve been waiting for Evans to break out, and he was a popular buy-low candidate given the Buccaneers’ high-volume passing offense. And, boy, did he break out. After just 89 yards in his first two games of 2019, Evans hauled in eight balls for 190 yards and three scores while the blossoming Chris Godwin was almost a non-factor. It will be interesting to see if the two can co-exist as effective options week in and week out going forward, but Evans may have just reasserted himself as Winston’s favorite target.

Hopefully CMC owners didn’t panic too much after his Week 2 dud on Thursday Night Football. Because if they panicked and did something drastic, McCaffrey made them pay to the tune of 188 total yards and a touchdown. It’s important to remember that the Cardinals defense has looked laughable this season, but Cam Newton’s injury may be a good thing for McCaffrey’s fantasy stock. Kyle Allen might not just be a serviceable backup to Newton; he might be the better option to lead the Carolina attack. Is Cam too banged up to continue? 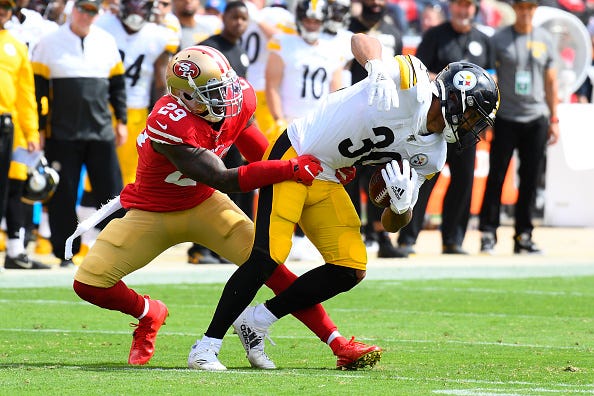 James Conner has had a slow start to his 2019 season. Photo credit (Brian Rothmuller/Icon Sportswire via Getty Images)

James Conner looked like the bust of the year candidate at the end of Week 2, and his status hasn’t changed since that point. All three efforts have been very similar - something along the lines of 15 touches and 50 total yards - and the Steelers offense, unlike many of the other teams deploying their backup quarterbacks, did not find much success under young Mason Rudolph. Add in that Conner has dealt with some nagging injuries to this point, and he’s looking less and less trustworthy every week. The one good thing is that the volume is there, and as long as it continues to be there, he’ll have a floor of five or six points. But that’s not much of a bright spot for a first/second rounder.

Six catches on 12 targets certainly doesn’t sound like WR1 numbers through three games. Nor does it sound like a WR2 or even a WR3. The Vikings have really begun to center their offense on Dalvin Cook, and it seems to be working, meaning that the formerly reliable fantasy receiver Diggs is suffering as a result. Looking at Kirk Cousins’ passing numbers don’t do much to inspire much hope for Diggs. The QB is averaging under 200 yards passing and just one touchdown per game, and the bulk of those limited throws have been going to Adam Thielen.