The Bay Area is a good place to be a football fan in Week 11. The 3-6 Cardinals walk into one of the scariest places for any team to play in the NFL against their division rivals, the 49ers. The Raiders, a team that has produced a surprisingly effective offense this season, take on the winless Bengals in Oakland.

As a result, the Bay Area is home to the two teams with the highest-projected point totals as we head into Week 11 of the 2019 season.

Here are the implied team totals for Week 11 of the 2019 NFL season: 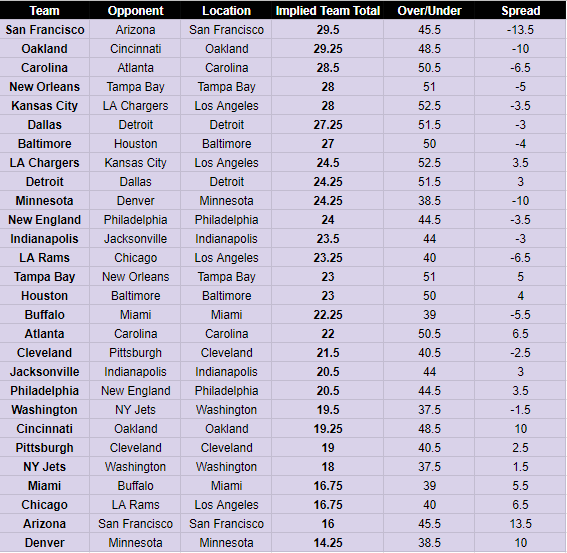