Let’s get the bad news out of the way first: Brian Hoyer was not good in Week 10. One of our three streaming options last week, Hoyer stunk against the Dolphins, and there’s no other way to say it.

But as Meat Loaf would tell us, two out of three ain’t bad. And our other picks to stream at quarterback were especially impressive. Ryan Tannehill took on the Kansas City Chiefs and got a largely unexpected win to cap off an 18.9 point performance, which was a top-12 fantasy day at the position.

But the highlight of our streaming options was Daniel Jones, who dropped dimes all over the field en route to a 308-yard, four touchdown game against the Jets and finished behind only Lamar Jackson out of all NFL signal callers with 30.3 fantasy points.

Each week, we will recommend three streaming QB options you can pick up and start in both your normal, redraft fantasy leagues as well as daily fantasy lineups, among those QBs rostered in less than 45 percent of leagues and track the results throughout the season. Popular streaming options Daniel Jones and Ryan Tannehill are both on bye for Week 11, but there are a few good options available if you’re in a bind or want to continue this proven strategy.

Have a fantasy question? Need a streaming tight end or defense too? Comment with a question on the Week (fill in week #) RADIO.COM Sports Fantasy Football Show over on YouTube, and Stephen will answer it. Click here to watch. 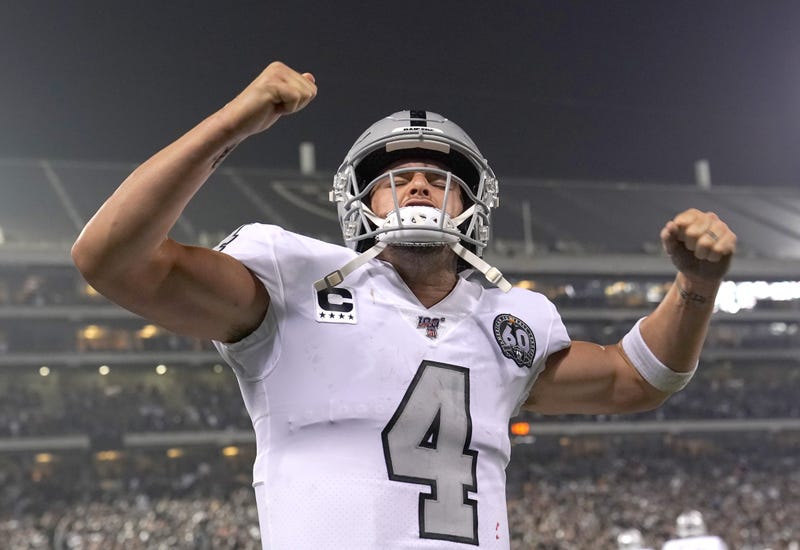 Derek Carr (OAK) - 37% rostered, vs. CIN
The Bengals have officially established themselves as the bottom-feeders of the NFL. While the Dolphins and Redskins were in contention for a long time, there just can’t be much more of an argument after the Ravens absolutely shredded the Bengals defense en route to a 49-13 victory. And while Carr may not be the same elite quarterback that Lamar Jackson is, he has enjoyed a nice bounce-back year and is in the midst of a four-game stretch in which he has thrown eight touchdowns to just one interception with a QB rating of 114.5. With the second-highest projected point total based on various sportsbooks, Carr is not only a passable streaming option, but one that you can look to with confidence. 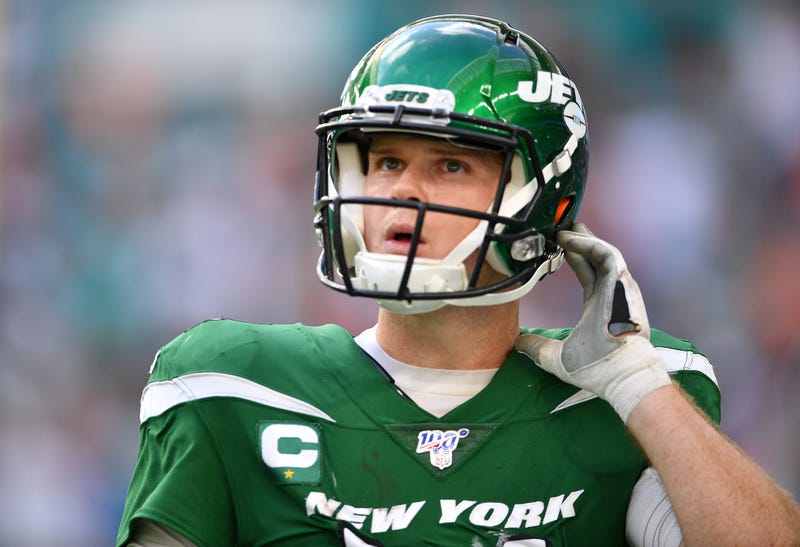 Sam Darnold (NYJ) - 12% rostered, vs. WAS
Want a reason to watch the Jets-Redskins game? Start Sam Darnold. Though this isn’t a game that holds much meaning, Darnold will face off against fellow rookie Dwayne Haskins in what has shootout potential. Yes, even these lackluster offenses can provide fantasy points when facing such weak opposing defenses. And while Darnold is most associated this season for “seeing ghosts” against the Patriots, the Redskins offer a much friendlier matchup for Darnold and the Jets. Their secondary has been torched a few times this season, and Darnold seems to be gaining confidence and chemistry with the rest of his team after a nice performance in Week 10. 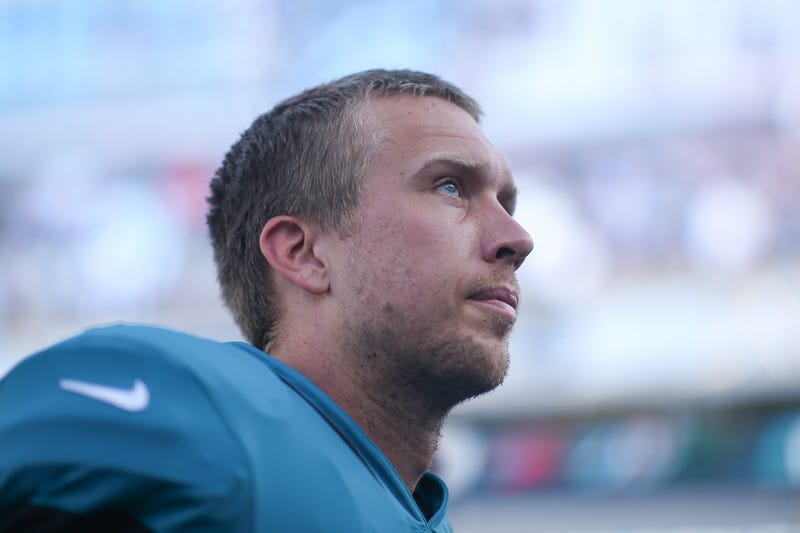 Nick Foles (JAX) - 21% rostered, vs. IND
Let’s go bold for our final pick and choose Nick Foles, who has played a total of 11 snaps so far this season. Foles will get his job back this week as the starter in Jacksonville after completely recovering from his clavicle fracutre and no one has given us a reason to worry that he will have a limit to how often he throws. The Colts will struggle to score a lot of points if Brian Hoyer is again at the helm, meaning the game script could work against Foles. That said, Jacksonville will look to build as big a lead as possible in a must-win game which means the offense could try to fire on all cylinders early on in this road game.