Three for three was the end result of our Week 10 streaming quarterback recommendations, as Sam Darnold (25.4 points), Derek Carr (19.8 points), and Nick Foles (17.8 points) all surpassed expectations. All finished in the top 12 fantasy quarterbacks, as well, but interestingly enough, there was still a better option available on the waivers.

Jeff Driskel went for 209 yards and two touchdowns through the air and tacked on 51 yards and a touchdown on the ground, good for the fifth-highest point total from the position (27.5 points) despite being just 4% owned.

And so continues our tale of the streaming quarterback strategy as a legitimate way to succeed in your league.

Each week, we will recommend three streaming QB options you can pick up and start in both your normal, redraft fantasy leagues as well as daily fantasy lineups, among those QBs rostered in less than 45 percent of leagues and track the results throughout the season. Some more enticing matchups present themselves in Week 12.

Have a fantasy question? Need a streaming tight end or defense too? Comment with a question on the Week (fill in week #) RADIO.COM Sports Fantasy Football Show over on YouTube, and Stephen will answer it. Click here to watch. 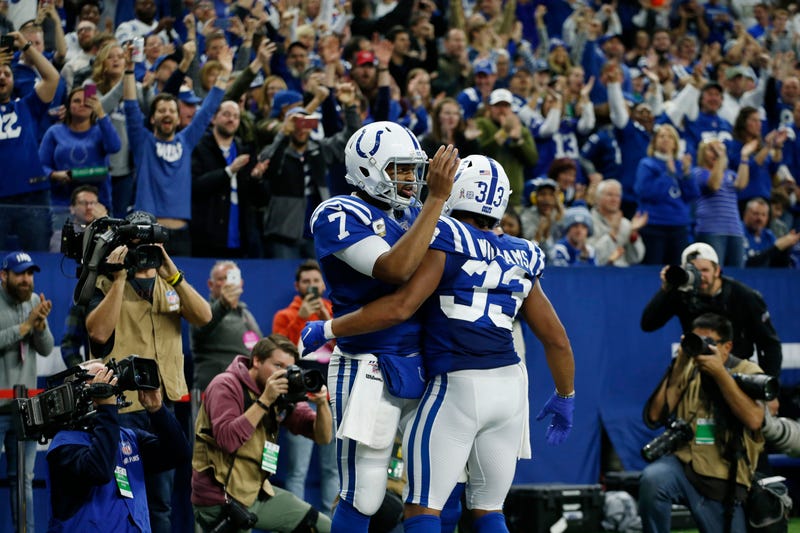 Jacoby Brissett helped the Colts to a win in his return from an MCL injury. Photo credit (Brian Spurlock/USA Today)

Jacoby Brissett (IND) - 38% rostered, vs. HOU
I have a feeling that Brissett will no longer be an option to stream after this week, as our criteria involves the QB being owned in under 45 percent of leagues. He’s near that limit now, and with a good matchup against the Texans and his health back to full, it’s time to jump on the opportunity while it lasts. Earlier in the year, Brissett scorched Houston to the tune of 326 yards and four scores (27.6 fantasy points), and he’ll have to shoulder a larger load this week and for the rest of the season with Marlon Mack’s injury. With T.Y. Hilton’s return a possibility this week, Brissett is a QB1 option available in the majority of leagues. 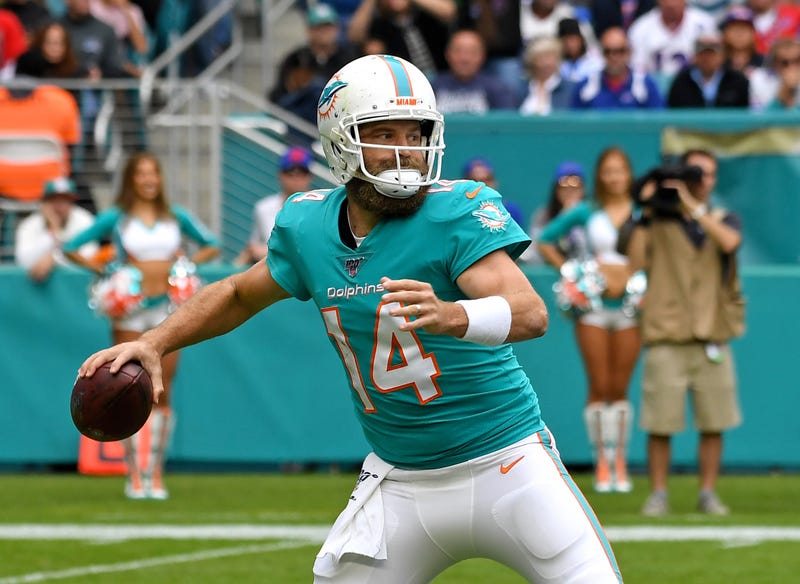 Ryan Fitzpatrick and the Dolphins have been competitive of late. Photo credit (Steve Mitchell/USA Today)

Ryan Fitzpatrick (MIA) - 10% rostered, vs. CLE
The Browns do not have a good defense. That’s clear to see. But what may get lost in the continual story lines of the horrible Dolphins season is that Ryan Fitzpatrick has been a decent fantasy quarterback as of late. Now, it’s not like he’s a top-10 quarterback or anything… or is he? Fitzpatrick is the No. 10 quarterback in fantasy the past five weeks, and he has yet to face a bottom-10 fantasy defense. Until Week 12, that is. Start Fitzpatrick against the Browns and watch the magic happen. 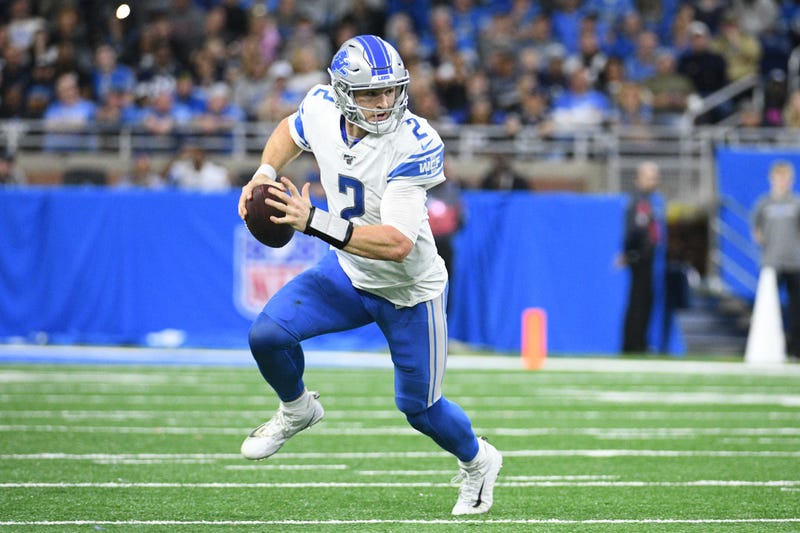 Jeff Driskel (DET) - 4% rostered, vs. WAS
While you can feel confident starting Brissett and Fitzpatrick as streamers this week, it’s understandable not to want to use Driskel unless it’s a last-minute emergency. And only in that case should you use Driskel, but it won’t be the end of the world if you end up in that situation. The Redskins just allowed a top-eight fantasy finish for Sam Darnold as we mentioned above, and Driskel gets to take on the dismal Washington defense a week after he himself had a top-five fantasy finish. In a week full of solid streaming options, it’s the very lowly-owned Lions quarterback that gets our final nomination.