Thanksgiving was a day full of exciting football that left some question marks on the health of two star receivers. Julio Jones (shoulder) was unable to go against the Saints in a wild game, and Amari Cooper (knee) seems to have avoided a serious injury, but may miss time depending on new developments.

Here are the fantasy-relevant injuries for the rest of the Week 13 slate.

Fantasy Impact: The Titans are at full speed, ready to lean on their bellcow Derrick Henry after practice confirmed that he’s good to go. Jonathan Williams will be that guy on the other side, as Marlon Mack misses again due to his broken hand and Jacoby Brissett misses a valuable duo of receiving options once again. With Eric Ebron out for the season, Zach Pascal and Jack Doyle will be the top options for Brissett against a tough Tennessee defense.

Fantasy Impact: A potential Super Bowl matchup sees the Ravens at nearly full speed, though rookie receiver Miles Boykin will be questionable. His impact hasn’t been massive, but he did chip in 54 yards last week. Matt Breida, one of the money dangerous running backs in San Francisco’s offense, will try to suit up and has been on pace to do so with practices. However, against a fairly stout running defense and with Tevin Coleman and Raheem Mostert to share the load, he doesn’t have the brightest outlook. Pettis’s absence won’t do much in terms of a fantasy impact.

Fantasy Impact: If this were 2013, both of these would be huge blows to their respective offenses. However, at this point, Thomas isn’t much of a regular contributor, and A.J. Green’s appearance on the injury report doesn’t shock any Bengals fans, much to their chagrin.

Fantasy Impact: Smith-Schuster never quite found his connection with Mason Rudolph, but we won’t find out if his connection with Devlin Hodges is any better (though it wasn’t great earlier in the season.) The player who did connect with Hodges was James Conner, who scored two touchdowns in Hodges’s last start. Unfortunately, Conner will miss out again, badly hurting fantasy owners who have been relying on their likely first round pick to carry them into the playoffs. WRs Diontae Johnson and James Washington, along with RB Jaylen Samuels, are in line to carry the load offensively.

Fantasy Impact: Though Miami’s secondary is weak and facing a few injuries right now, Philadelphia may be without its top pass catcher in Ertz. Dallas Goedert would be a nice streaming option should Ertz miss time. WRs Alshon Jeffery and Nelson Agholor did not appear on the final report.

Fantasy Impact: The Panthers are at full health and are looking to get back on track against the lowly Redskins, who will be missing Paul Richardson and potentially Chris Thompson. Neither of them are worth starting regardless, as the only Redskins fantasy asset is usually Terry McLaurin.

Fantasy Impact: The Giants season probably can’t get much worse, but it certainly won’t get much better going against the Packers without two top offensive options. Sterling Shepard and Darius Slayton will be the top pass-catching options while the Giants game plan involving Saquon Barkley continues to waver. 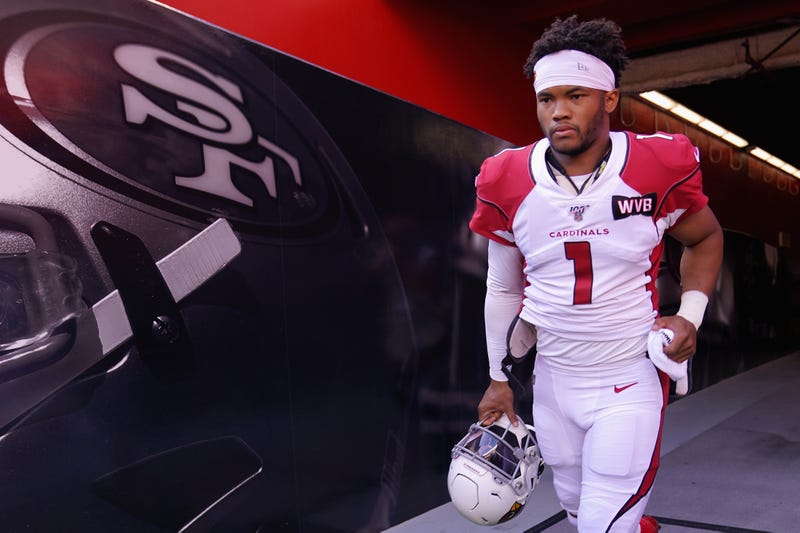 Kyler Murray exiting the tunnel before a matchup with the 49ers

Fantasy Impact: Everett’s absence means that Tyler Higbee will be the top receiving option at TE, but he’s still in the back of a line that includes Cooper Kupp, Robert Woods, Brandin Cooks and Todd Gurley. He’s worth a streaming start, however, as the Cardinals have ceded some big games to opposing TEs. Kyler Murray doesn’t seem to be in any danger of missing this one, and played at full speed in practice on Friday.

Fantasy Impact: A pair of rib injuries mark the relatively light injury reports for the two teams, but both have been notable pieces of the offense. Derek Carr and co. will have to put up a lot of points to keep up with the Chiefs, meaning Josh Jacobs, Tyrell Williams, and Darren Waller are all good options in fantasy this week. LeSean McCoy and Darrel Williams, the latter of which is largely available, could both have a good share of work if the Chiefs go up early.

Fantasy Impact: The top three WRs on the Pats are all hobbled, though the flu was the reason for a bevy of injuries on the team’s packed Week 13 report. Keep close attention to which guys are ready to go, as Edelman is automatically worth a start if he plays while the other two can be flex options if you’re in need.

Fantasy Impact: There is a lot of uncertainty surrounding these star WR injuries. Stay tuned as the updates continue to be released ahead of Monday night’s big game.