If you’re reading this, congratulations (most likely). If you’re reading this and you didn’t make your fantasy championship, it may be because you have one of the players mentioned in this article that didn’t perform up to par. You should also probably cut your losses and move on from fantasy football until next year. Sorry.

Here are the notable happenings from Week 15 in the NFL, and best of luck in your final matchup.

The first of two huge hits to potential fantasy championship matchups, Cook injured his shoulder area and missed the rest of the game. There has not been anything reminiscent of a revealing report of his status coming out of the Vikings organization, but he’s obviously a must-start if he’s able to go next week. Depending on who the backup is between Alex Mattison (injured Week 15) and Mike Boone, Dalvin Cook owners should prepare a backup.

Godwin is the second of the big injuries this week, and his outlook is much more bleak considering he was stretchered off the field. Similarly to Mike Evans, he injured his hamstring severely and will probably miss the remainder of the season. Pick up Breshad Perriman if you’re a Chris Godwin owner and pray for a repeat performance of Week 15.

With Bo Scarbrough already out, McKissic’s injury (stinger) makes the running back corps even more depleted… unless Kerryon Johnson can return. There’s a solid chance that he does come back, in which case McKissic’s value disappears even if he can play. But if neither Johnson nor Scarbrough plays, then McKissic is still the No. 1 back should he return. 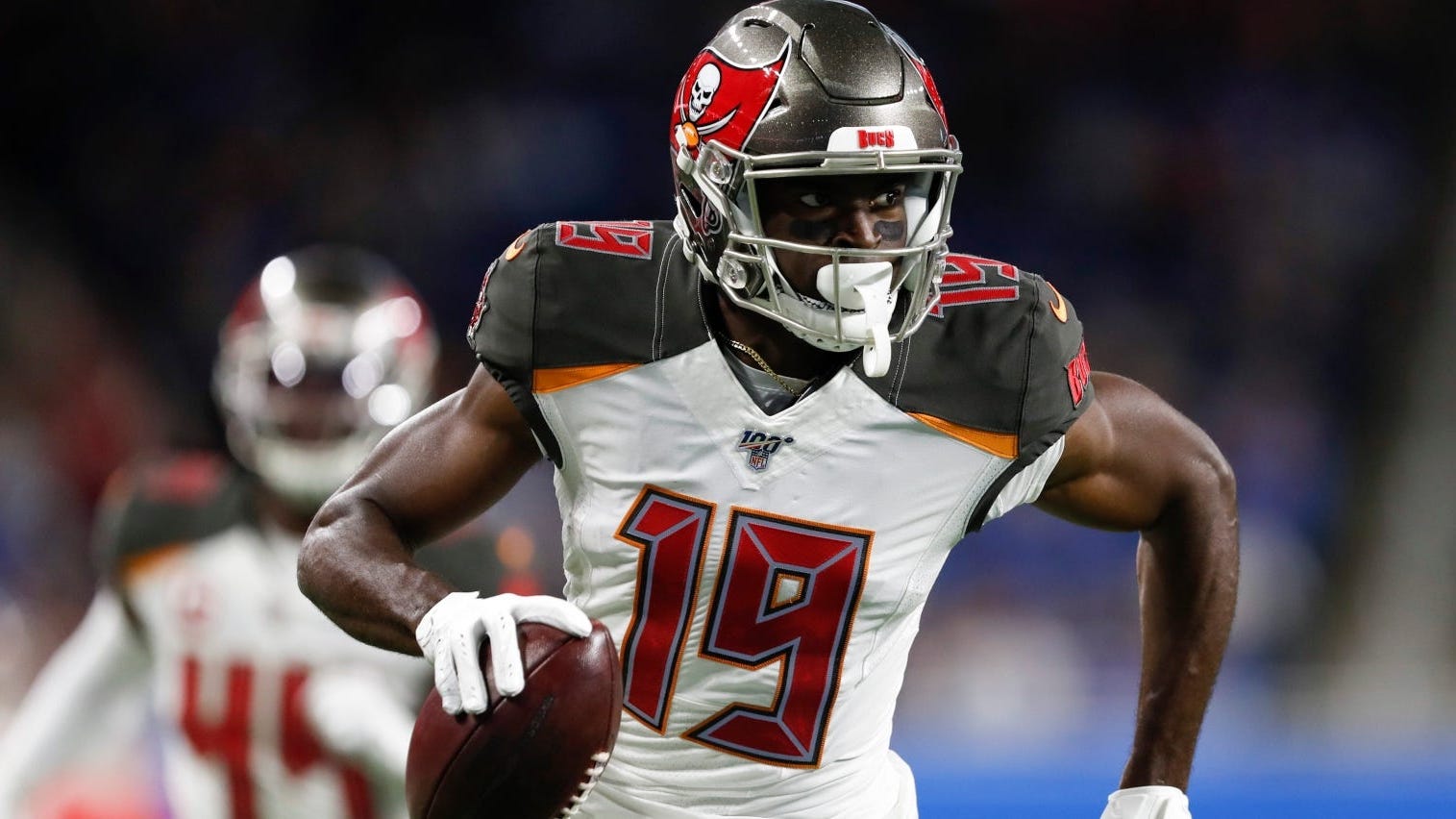 Jameis continues to be Jameis

The complete anomaly of a season and career got even weirder in Week 15. After going off for over 450 yards and four touchdowns through the air in Week 14, fantasy owners were thankful for the outburst and considered themselves lucky to have been a part of the unlikely stat line. With Mike Evans out, Winston had a much harder task ahead of himself in Week 15. So, naturally, he decided to throw for 450 yards and four touchdowns again. He is perhaps the most-scrutinized quarterback for his game management and tendency to make mistakes, but now he’s also the only quarterback in NFL history to throw for 450 yards in back-to-back games. With Godwin out, he can’t possibly post another ridiculous outing in the fantasy championship… right?!

We know that Lamar Jackson is tearing up the league. But Patrick Mahomes had a historic season last year that was nothing short of incredible. 5,000 yards. 50 scores. And still he will be beaten by Lamar Jackson in total fantasy points. The running quarterback has really taken over the fantasy leaderboards this year, but it’s not only due to their running. Jackson, Deshaun Watson, and Dak Prescott are the current top three, and all benefit from their feet. Russell Wilson, Josh Allen, and Kyler Murray are at Nos. 5 through 7. As recent as last year, it was guys like Matt Ryan, Ben Roethlisberger, and Drew Brees near the top. Change came at a rapid rate this year.

It’s rare that a midseason trade has turned around the fantasy prospects of one player in such a big way and that manifested itself in full form in Week 15. It was surprising enough when Drake erupted for 150 all-purpose yards and a score in his first game as an Arizona Cardinal, but he quickly crashed back down to earth and became an afterthought. An afterthought that scored four touchdowns, becoming the fourth player this year to do so. What will happen to David Johnson in the future? Chase Edmonds? And most importantly, what will Kenyan Drake do for the fantasy championship?

Perriman has been quiet in Tampa Bay after a quiet start to his expectation-filled career in Baltimore and Cleveland over the past few seasons. But after linking up with Jameis Winston for two straight games of at least 70 yards, he took advantage of his opportunity in Mike Evans’s absence (and later, Chris Godwin’s) and topped 100 yards, scoring three times. He’s a must-add for the championship with an insane ceiling, especially if you leaned on Mike Evans or Chris Godwin all season. 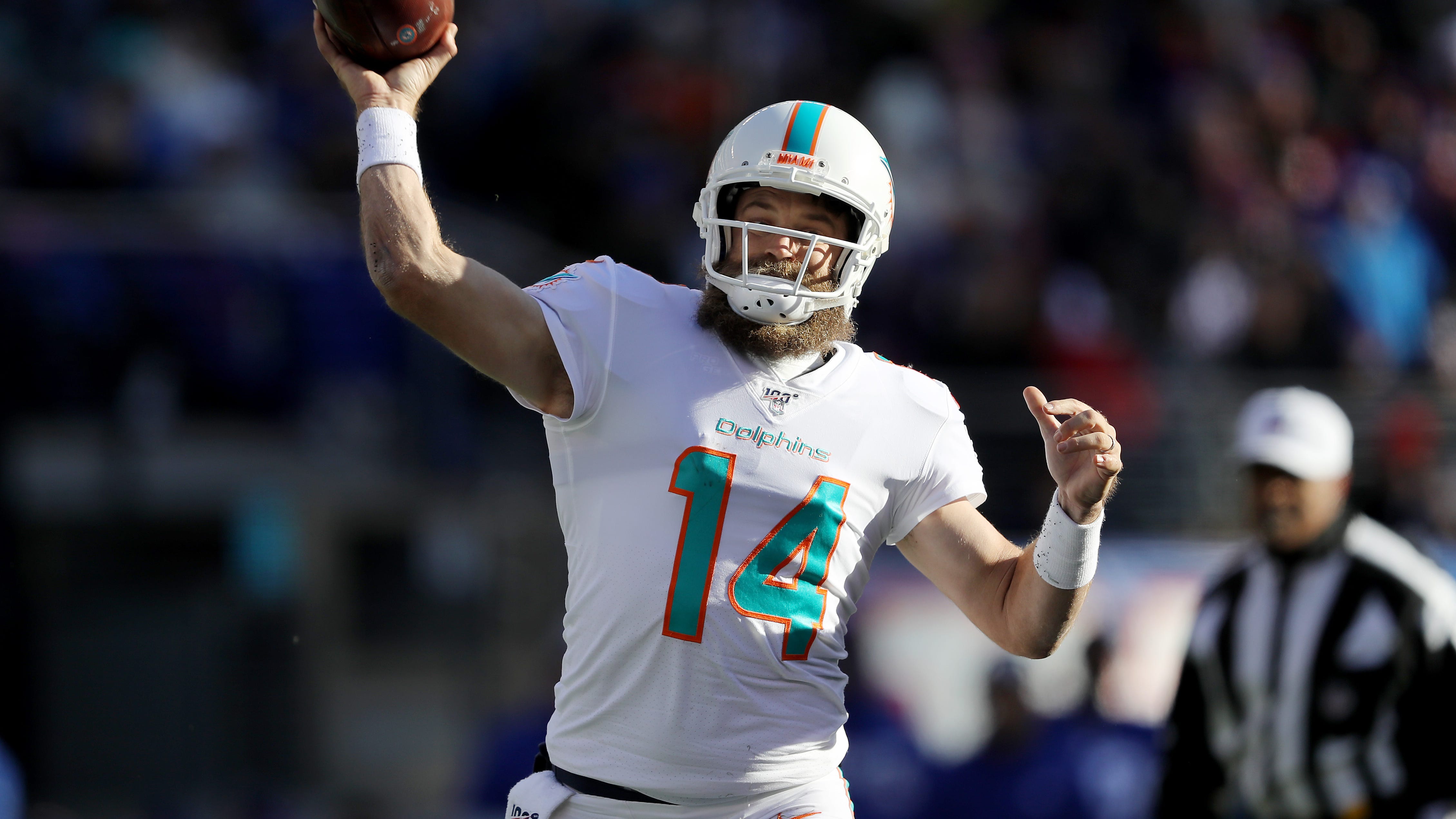 There were a lot of WR2 letdowns this week. Julian Edelman had nine total yards against a bad defense. Ditto for Emmanuel Sanders. Michael Gallup had one catch for six yards despite his team routing the Rams. But of all the disappointing games, Robert Woods likely hurt fantasy owners the most. Woods entered Week 15 with four straight games of six catches and 90 yards, seemingly offering one of the highest floors in all of fantasy football. It’s likely that fantasy teams ended up in the playoffs and were able to advance thanks to his strong play. So when he was only able to come up with 17 yards of offense, the wide receiver known for his recent consistency was anything but reliable.

Gordon had really found his footing, rewarding owners that held on to him throughout his holdout with a strong eight-game stretch (Week 7 to Week 14) where he was the No. 8 running back in fantasy. If teams performed well during his absence, then it’s more than likely that they were able to coast through the regular season en route to the playoffs once he became an active member of their rosters. It also probably hurt that much more when Gordon, who had a decent game through the air, only mustered up 28 rushing yards and lost two fumbles. The two fumbles really hurt and could very likely have cost unfortunate fantasy players their seasons.