Here are the fantasy-relevant players who are entering these matchups a little (or very) banged up.

Fantasy Impact: Terry McLaurin has emerged as the most dangerous receiving threat in Washington, and the Giants’ paltry secondary would be a great matchup for him if he suits up, especially with Jordan Reed absent. Daniel Jones should put up some good numbers if he stays true to his strong debut, meaning that the Redskins may be throwing the ball more often in an offensive affair. Barkley’s absence gives way to Wayne Gallman, who will get the bulk of the carries without much competition, it would appear, from Elijah Penny.

Fantasy Impact: Tyreek Hill is out, as expected. His recovery seems to be going along with the original timeline, which is quite extensive, but hold on to him for when he does return. LeSean McCoy, who was hobbled with a minor ankle injury, did not appear on the report and should assume the majority of running responsibilities. It’s too hard to trust anyone other than McCoy in that backfield as of now. It would be a surprise if Matthew Stafford didn’t play – it would be much bigger news, otherwise – while Danny Amendola is much less likely to appear given that he missed practice on Wednesday and Thursday.

Fantasy Impact: Ward, Williams and Burnett all missed last week, and their potential absence makes this matchup look even less favorable for the ailing Browns. Avoid starting their defense this week, and consider Marquise Brown and Willie Snead solid streaming options for Baltimore. Andrews has been a top-tier tight end in fantasy so far this season, providing a reliable safety blanket and red zone target for the blossoming QB Lamar Jackson. Monitor his status, and, should he be healthy, he can be locked in at tight end.

Fantasy Impact: Hilton has often come into games questionable, and he’s likely to play against the Raiders which presents a tasty matchup for him. Monitor his situation, though, and make sure he’s given the official green light before setting him loose in your lineup. 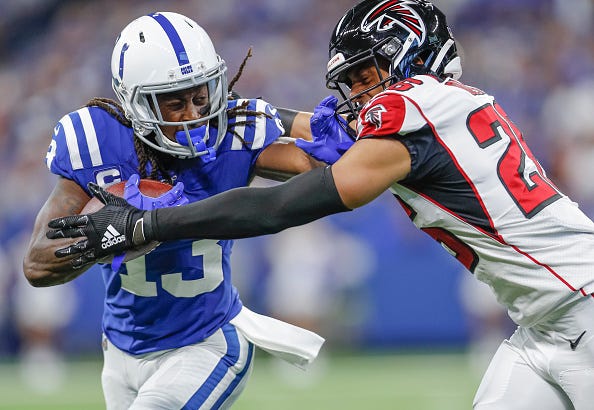 Fantasy Impact: Julian Edelman got hurt in last week’s blowout over the Jets, and there still is no sign that he’ll definitely play against the Bills. He’s a tough guy, though, so don’t be surprised if he suits up as a game-time decision. Burkhead, who many fantasy analysts love as a waiver pick up given Sony Michel’s ineffectiveness, will need to be monitored before you can play him. Singletary has been an impact rookie in Buffalo so far this season, but Frank Gore took the lead last game while Singletary was hobbled, and performed quite nicely in the role (especially for a 36-year-old, I might add). Against the Patriots, it’s hard to warrant starting either of them regardless of health. Zay Jones was initially limited, but did not appear on the final injury report. Either way, he’s been a non-factor this year.

Fantasy Impact: Let the Kyle Allen show continue! It’s weird to think that the Cam Newton era may be over in Carolina, but it may be the quarterback took too much physical duress over a short term to be able to revive his career, and this is especially the case if Allen has another strong performance.

Fantasy Impact: The Chargers should be thankful they’re playing the Dolphins, as they are plagued by several key injuries. Henry continues to be sidelined, making his fantasy owners more and more frustrated. Mike Williams played a tough game last week, but is unable to suit up this week. Justin Jackson, who came into the week without any designation, hurt his calf and will sit out of a game where he likely would have gotten a lot of usage. With Melvin Gordon’s return looming, Jackson may soon see his sliver of opportunity completely fade away.

Fantasy Impact: Chris Godwin was Jameis Winston’s favorite target for the first two weeks of the season, and seemed to take over as the primary option in the receiving corps… not so fast, said Mike Evans. Evans exploded in Week 3, and Godwin’s lack of participation in practice this week makes him an even more concerning play against the Rams. However, if he suits up, it’s almost impossible not to start him. 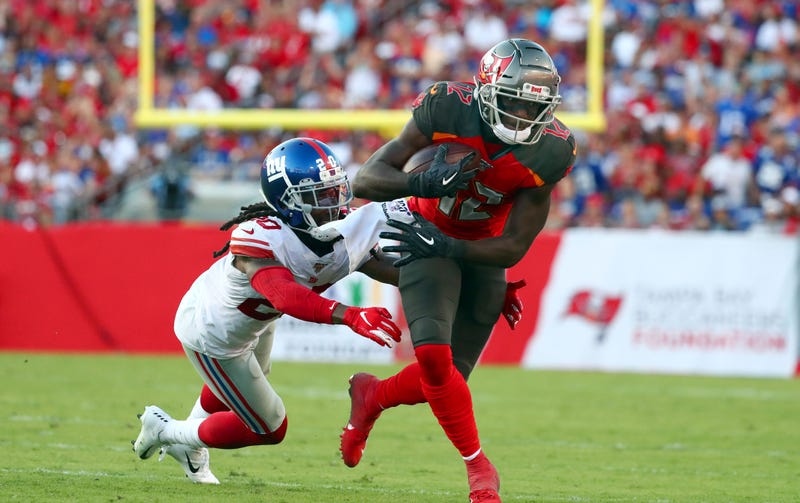 Fantasy Impact: After some fumbling issues from Chris Carson, Rashaad Penny has a good chance to battle Carson and CJ Prosise for the primary gig in what could be a backfield committee until everything is sorted out. Penny was a full participant in practice on Friday, so that’s an encouraging sign that he’ll try to take advantage of the opportunity to gain a lead over Carson and Prosise.

Fantasy Impact: Gabriel’s coming out party of 2019 had a rude ending when he suffered a concussion after posting a huge stat line. Burton, who practiced in full on both Wednesday and Thursday before being a limited participant Friday, is probably best left on the bench against a solid defense like Minnesota’s.

Fantasy Impact: This one doesn’t have much fantasy impact, but is interesting nonetheless. The continuing drama of Jalen Ramsey adds another week to its resume.

Fantasy Impact: One notable wide receiver will be out for each team, as Gallup’s prolonged absence continues and Tre’Quan Smith won’t be able to provide his services to the Saints offense that needs all the help it can get under Teddy Bridgewater. No major effect here.

Fantasy Impact: AJ Green is out again, meaning that he’s right about his timeline taking longer than originally reported. Vance McDonald may not be available, meaning that the only reliable receiving option would JuJu Smith-Schuster. Under Mason Rudolph, expect the Steelers to lean heavily on James Conner, who is badly in need of a breakout week.