Injury designations can be tricky. Take Chris Godwin, for example. He missed some time at practice last week, and was hobbled with that angry, red Q next to his name after a week that saw Mike Evans explode for a massive fantasy performance.

Hopefully that Q didn’t dissuade you from starting Godwin, who reeled in 12 balls for 172 yards and two scores.

Nonetheless, they’re important to keep note of. Here’s your guide to every matchup’s fantasy relevant injury report heading into Week 5, outside of the obvious like Drew Brees, Ben Roethlisberger, and others.

Fantasy Impact: Both teams are also dealing with notable defensive injuries, meaning offense could come more easily than usual in this one. That said, backup QB Luke Falk will carry the load in this one for New York, and the Eagles should be able to coast even without the services of veteran speedster DeSean Jackson. Look to Alshon Jeffery in this one, as teams’ number one wideouts have dominated the Jets this season.

Fantasy Impact: Nothing new here. Both have been major storylines and both will continue into Week 5.

Fantasy Impact: Though there were hints of an earlier return effort by Barkley, he will give way once again to Wayne Gallman, who had a big day last week in his absence.

Fantasy Impact: Stills was unable to finish the game on Sunday against Carolina and will be a game-time decision.

Buccaneers at Saints
No notable injuries.

Fantasy Impact: Frank Gore may have to carry the load once again, but even if Singletary plays, he’ll have to work in a committee against a tough Titans defense. Allen was questionable, but on Saturday he was cleared out of the concussion protocol and is expected to play. Titans TE Delanie Walker successfully rebounded from missing Wednesday’s practice, and he’ll be good to go.

Fantasy Impact: Lots of receivers appear on this game’s report, as the Cardinals will be down one or two of their primary receiving options. KeeSean Johnson seems to be the guy to get an uptick in targets if both are held out. Both Ross and Green will he unable to play for the foreseeable future, making Auden Tate and Tyler Eifert likely recipients of a higher target count.

Fantasy Impact: Yikes. Both tight ends out and the lone bright spot on the offense questionable in the potential starting debut for Haskins? And against the Patriots defense? Count me out for touching anyone on the Redskins offense this week for fantasy purposes. Count me in for using the Patriots defense in daily fantasy leagues, no matter the cost. Both Burkhead and Edelman are questionable, but it might be smart for the Patriots to conserve them if there is any concern, as they probably don’t need them to win this one easily. 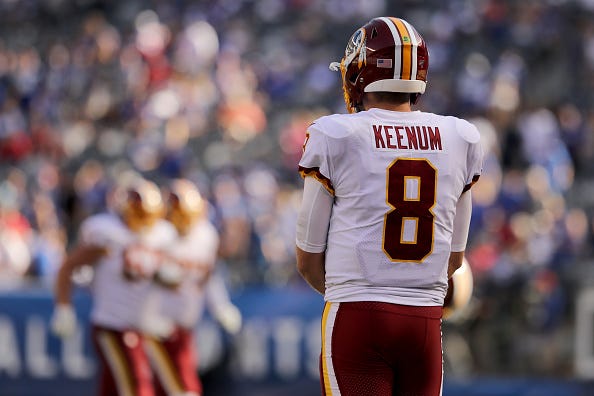 Fantasy Impact: Smith-Schuster all but disappeared in the Steelers’ Monday night game against the Bengals, collecting only 15 yards. While Rudolph will continue to target him like a WR1, as indicated by an interview in the Pittsburgh Tribune-Review, the Ravens may not be a team where Smith-Schuster can post big numbers. McDonald would be a solid option at TE if he can go.

Fantasy Impact: Chase Daniel, likely to the pleasure of many frustrated Chicagoans, will get the start in London, but he’ll be without Gabriel once again. Derek Carr’s receiving options are getting slim, as Darren Waller and Hunter Renfrow will now be the two biggest options.

Fantasy Impact: The Chargers are fairly depleted on the offensive side but will enjoy the services of Melvin Gordon once again as he ends his holdout. Jackson isn’t worth owning any more, and Austin Ekeler’s value, while still good, takes a big hit.

Fantasy Impact: It’s hard times in Green Bay, as Aaron Rodgers will be without his only trusty target in DaVante Adams. Marquez Valdes-Scantling and Geronimo Allison both become could options in this one. Michael Gallup will try to return to the field but has been unable to play recently. 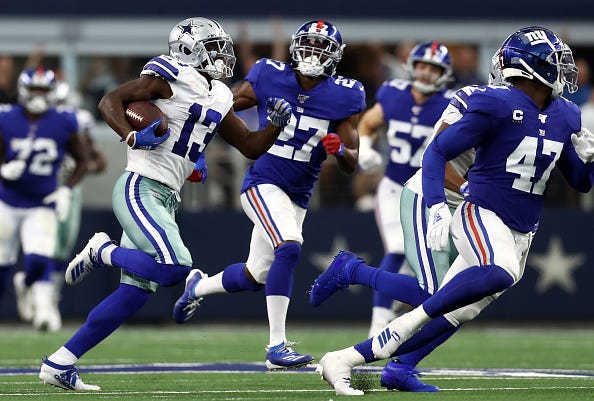 Fantasy Impact: Hilton practiced in a limited fashion while Mack was able to log a full session on Friday. If Hilton is out, Jacoby Brissett will have to lean heavily on his tight ends Eric Ebron and Jack Doyle. Zach Pascal will likely get more action this week, too. Hill has practiced for a few weeks now but still will he held out of this one, while both Watkins and Williams are nagged by their respective injuries.

Fantasy Impact: Coleman was a limited participant in practice this week, but he looks good and may have a shot to play against Cleveland.