Kansas City bombed as the team projected to score the most points last week, but that has not deterred sportsbooks and oddsmakers from going back to the Chiefs in Week 6. However, they are joined by two other teams projected to eclipse the 30-point plateau.

There is a significant gap between the game projected to produce the most points in Week 5 and the next highest projected games. Colts at Chiefs this week has an over/under of 57 points. The games with the second-highest total? Rams at Seahawks and Falcons at Texans.

If you’re looking for fantasy goodness in Week 5, start there.

Here are the implied team totals for Week 6 of the 2019 NFL season: 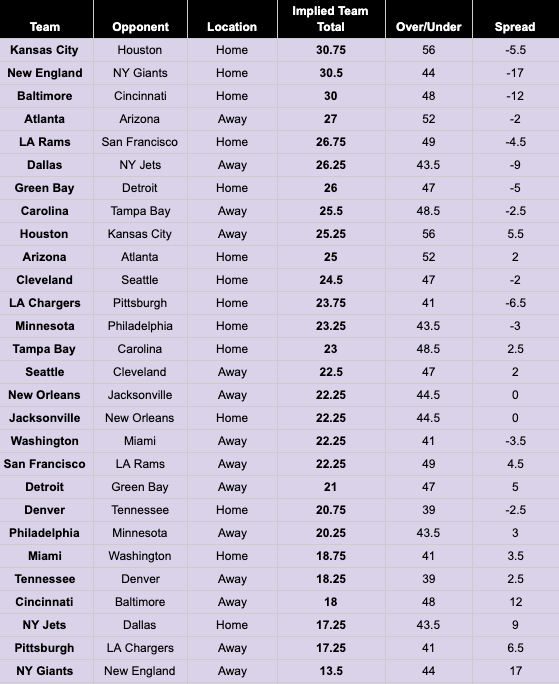