As expected, Week 8 was a high-scoring week in fantasy football, and implied team totals alerted us to that possibility. Eight teams were projected to score 28 or more points by the oddsmakers, and ten scored 27 or more after Sunday.

For Week 9, expect much lower scoring, as only one team is projected to score more than 28 points.

Here are the implied team totals for Week 9 of the 2019 NFL season: 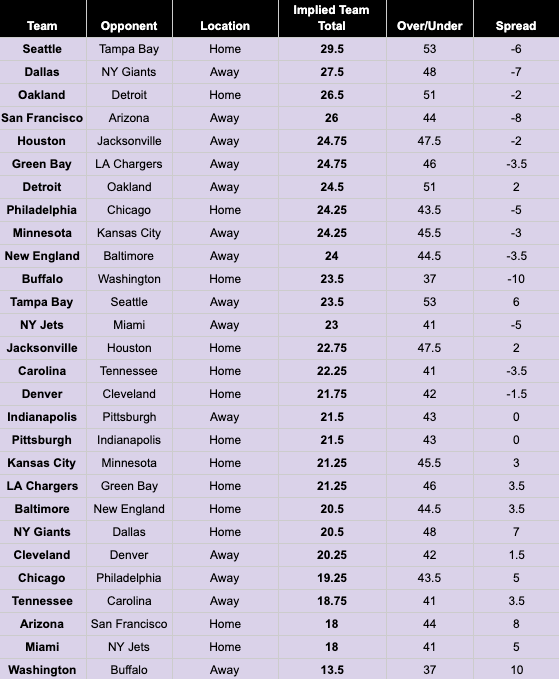