Since his controversial comments last Wednesday about peacefully protesting during the national anthem, Drew Brees has had to mend quite a few fences.

Not only did Brees issue three separate public apologies on his Instagram, he had to make good with some of his most high-profile teammates - Michael Thomas, Cameron Jordan, Malcolm Jenkins and Michael Thomas - that were critical of him suggesting that peacefully protesting police brutality during the national anthem was disrespectful to the American flag. For at least another season, Brees will work in a locker room full of teammates that have had entirely different life experiences than he has, and felt compelled to voice their disappointment in his comments publicly.

One of the great things about sports is that you create lifelong friendships with people from entirely different backgrounds than you. Given that Brees has played in the NFL since 2001, the frustration with his comments extended far beyond those that will suit up for the New Orleans Saints in 2020.

Roman Harper was the Saints' second-round pick in 2006, so his first year in the NFL coincided with Brees' first in New Orleans. The two were teammates for nine seasons, including when the Saints won Super Bowl XLIV in February of 2010. From that sense, they share a lifelong bond. However, Harper admitted that while teammates aren't going to agree on everything, he was upset with Brees' initial comments.

"I assume that they will move beyond it," Harper said of Brees' comments on Clubhouse with Kyle Bailey. "Look, it's still business at the end of the day and you don't have to get along with every teammate, nor do we all have to agree on the same things. I think that differences in life is what should be celebrated more in America, right? The fact that we all have the opportunity and the chance to be a little bit different.

"He (Brees) stated those same words - or something very similar to that - in 2016. But the fact that he said it again in 2020 really came off as narrow-minded, like he had not been paying attention to anything that's going on and is showing zero empathy to those that are not being heard. Drew is much, much more powerful than that and is smarter than that. He's much, much more media trained than that. If somebody asks you a question, you don't have to let that narrative speak. You always control the narrative by that answer. It doesn't matter, you're just better than that." 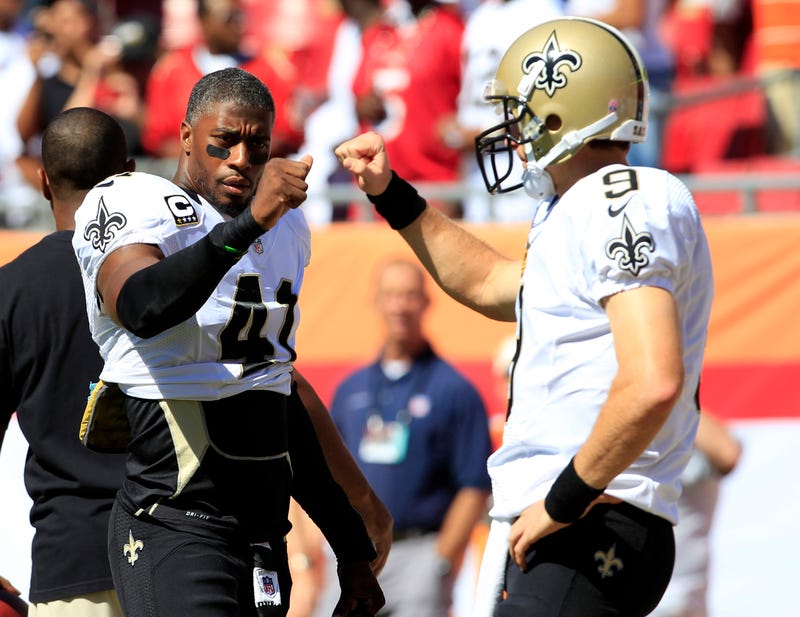 Roman Harper and Drew Brees were teammates from 2006-2013 and then again in 2016. Photo credit (Matt Stamey/USA Today)

Harper says that he was among a slew of people that Brees called to apologize for the pain that his initial comments caused. Harper, who last played in the NFL in 2016, says that he accepted the apology he received from Brees, but that his future actions will prove just how sincere he was.

"I've spoke with Drew...he was very apologetic...I do accept his apology, but I also let him know that a lot of people outside that locker room do not know your heart Drew Brees. So when they say those words, they don't know that 'Oh, well that's still Drew,' right? They take him word-for-word what he says, and the lack of empathy showed. And now that all the attention is on him - whether he wanted it or not - the response to the president was a good response. He kept to the point, that's what we all should be doing - staying focused on the point that everybody is protesting for.

"Drew had his thing, but now his actions will speak louder than his words. Apology accepted, but now your actions have to follow those words up to really make everybody come back in his corner."

You can listen to the full interview below: 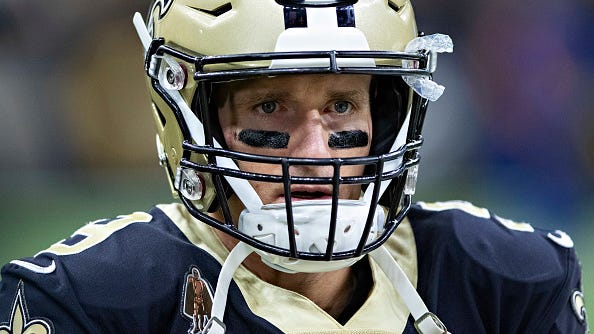 music
Millie Bobby Brown breaks down over ‘uncomfortable’ and ‘disrespectful’ encounter with fan
music
In the middle of the pandemic Rick Ross says affordable healthcare 'is more necessary than ever.'
news
Nurse dies from COVID-19 at same hospital where he treated patients
news
Kids seem to be having harder time learning math since many schools switched to remote learning
music
Justin Bieber wants as many kids 'as Hailey is wishing to push out'
music
New bill gets BTS out of military service, but for how long?