It's starting to get real.

Though we're still a few days from on-field workouts, the top prospects for the 2020 NFL Draft are in Indianapolis for the NFL Combine. Tuesday, quarterbacks, wide receivers and tight ends will speak to the media. Given that former LSU quarterback Joe Burrow won't throw this week, his media session Tuesday - which included him dispelling speculation that he doesn't want to play for the Cincinnati Bengals - may be the most interesting thing that comes out of this week. 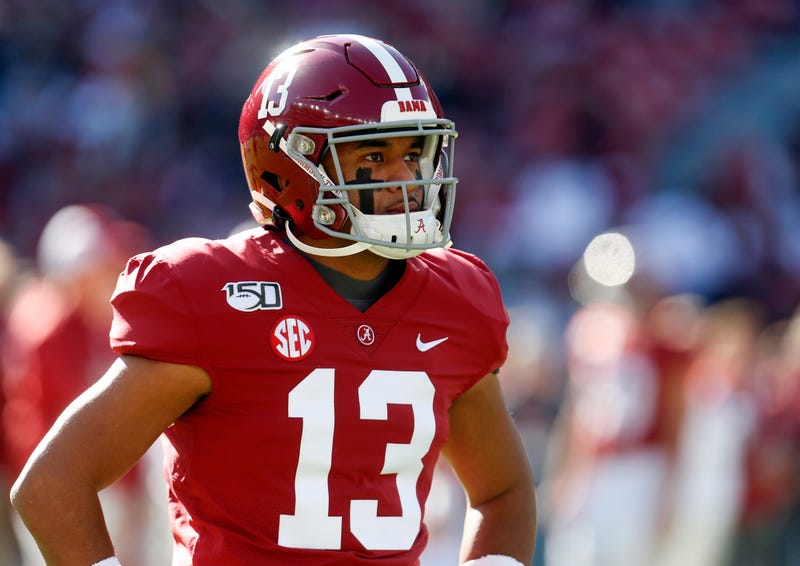 Dolphins, Chargers Trade Up for Quarterbacks

There's a very real chance that after the NFL Combine is concluded, we'll have a better idea of where the Dolphins lean in terms of trading up for a quarterback. Last week, we broke down a report that suggested that the Dolphins were becoming increasingly fond of Oregon's Justin Herbert. Perhaps they are, and maybe they'll end up selecting him. The feeling here, though, is if the Dolphins feel comfortable about Tua Tagovailoa's health, he's the better option of the two. Heck, Tagovailoa with a clean bill of health may be the best quarterback prospect in this class. For now, we'll say the Dolphins trade up to No. 3 and select the former Alabama quarterback.

Frankly, we're not sure that the Chargers, who desperately need a draw as the prepare to move into SoFi Stadium, would trade up for Herbert. However, if they don't sign Tom Brady, Tyrod Taylor would be slated to be the team's starting quarterback in 2020. Taylor is a serviceable option for part or all of one season, but he's not going to be Philip Rivers' long-term successor. Trading for Herbert would allow the Chargers to at least have a plan in place for how they plan to proceed at the position long-term. Whether such a deal would help them make inroads in the Los Angeles market - especially in the short term - is less clear. 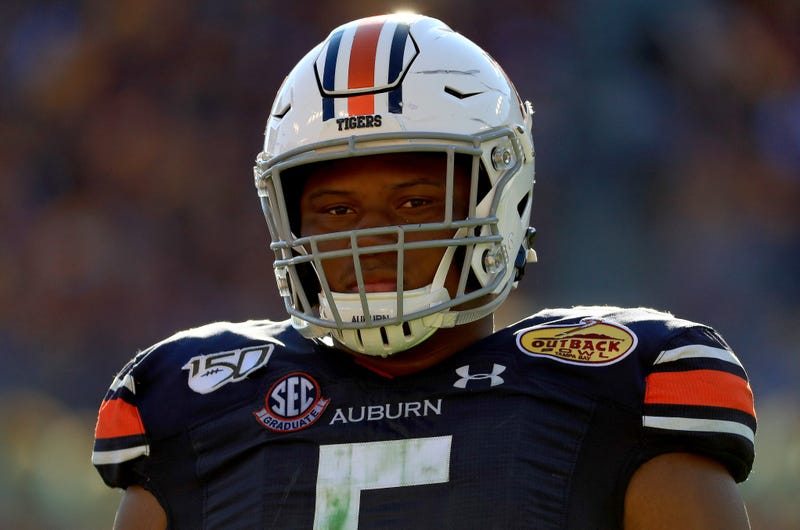 If the Panthers do indeed move forward with Cam Newton as their starting quarterback - as it appears they will - it would have a drastic impact on how the rest of the board falls.

The Panthers, with Newton, would no longer be a threat to trade up for a quarterback, and probably wouldn't take one even if they fell to the No. 7 pick. The Los Angeles Chargers, meanwhile, are perhaps more motivated to move up for a quarterback if trading for Newton isn't an option, especially if Tom Brady returns to New England.

First-year head coach Matt Rhule reportedly believes there are plenty of other areas on the team to retool other than quarterback, and he's right. That will most likely manifest itself in the Panthers taking Auburn defensive tackle Derrick Brown or Clemson linebacker Isaiah Simmons. Of course, if one of the two is off the board by the time the Panthers are on the clock, as is the case in this mock, that would make deciding between the two an easy decision.

That said, there's something intriguing about the possibility of the Panthers considering either of the top two wideouts in this year's draft, Jerry Jeudy of CeeDee Lamb. For much of Newton's career, the Panthers have been overly reliant on him. If they added Jeudy or Lamb to a group of skill-position talent that already includes Christian McCaffrey, D.J. Moore and Curtis Samuel, the Panthers would be in position to have a pretty explosive offense in 2020 if a healthy Newton returns. 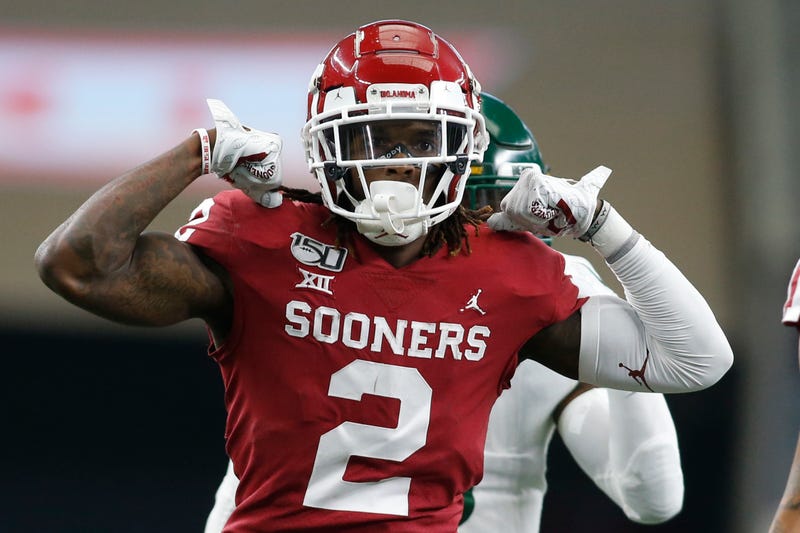 CeeDee Lamb is expected to be one of the first two wide receivers selected in the NFL Draft. Photo credit (Tim Heitman/USA Today)

There's a slew of teams that pick above the Raiders at No. 12 that could benefit from selecting CeeDee Lamb. However, it's fair to wonder if any of them will feel so strongly about Lamb that they opt to select them over more pressing needs.

You could make a case for any of the New York Giants, Arizona Cardinals or New York Jets using their first selection on a wide receiver. After all, Arizona's second-year quarterback Kyler Murray was teammates with Lamb at Oklahoma. Heck, it would be hard to fault either the Chargers or Panthers for selecting a wide receiver, which would allow them to build an elite group of pass catchers.

The problem is that the Giants, Cardinals and Jets desperately need to upgrade their offensive lines in front of young quarterbacks. Either the Chargers or Panthers could take a quarterback, and even if they don't, it feels entirely possible - if not likely - that their second choice still wouldn't be to take a wide receiver.

So while he could go earlier, Lamb lands with T.Y. Hilton and the Colts in this mock. Two picks later, Jerry Jeudy's college teammate Henry Ruggs III heads to Denver, where he'll be paired with Courtland Sutton as John Elway tries to build around Drew Lock. 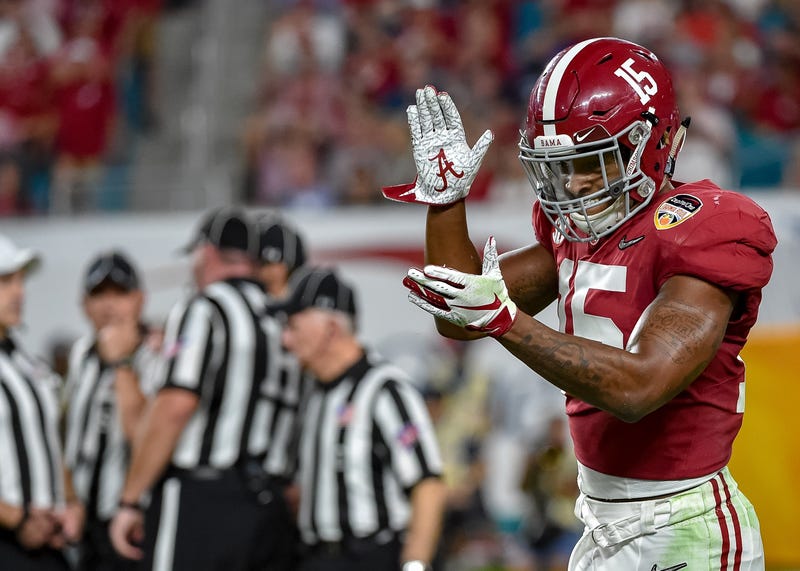 Xavier McKinney is one of the highest rated secondary players in the upcoming draft. Photo credit (Steve Mitchell/USA Today)

In our first mock draft of the season, picks 15-20 turned featured quite a few cornerbacks. However, our latest mock sees former Alabama safety Xavier McKinney join a Dallas Cowboys' team that is expected to lose top cornerback Byron Jones in free agency. In this week's mock, Jeff Okudah is the only cornerback selected in the top 20 picks, with former Florida Gator C.J. Henderson falling out of the top 20. 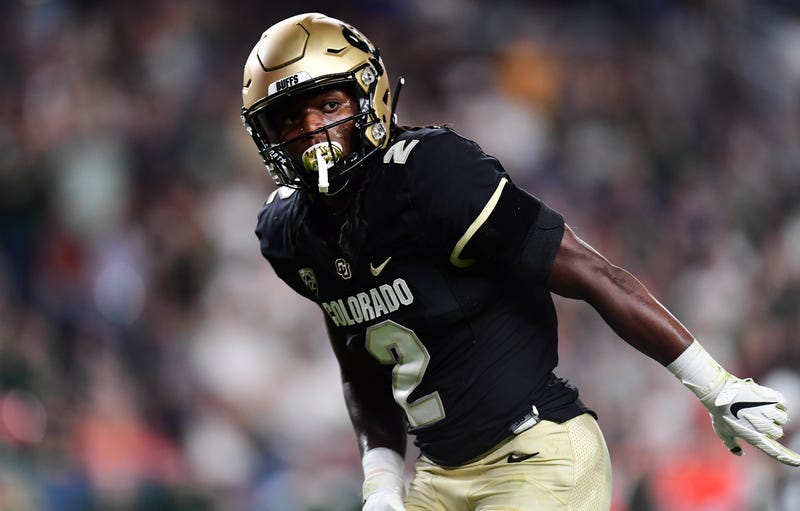 In one of the deepest wide receiving classes in recent memory, the Eagles and Bills, two teams that reached the playoffs last season, are able to stand pat in the 20s and land impact wide receivers.

Shenault Jr. has an injury history that could turn off the Eagles a year after their corps was ravaged by injuries. However, there's not a single wide receiver that was on their team in 2019 that you can be sure will be there in two seasons. The Eagles are deep at tight end and struck gold with running back Miles Sanders in the second round last season. To be able to make a deep postseason run, they'll need to completely retool their wide receiving corps. At pick No. 21, they may not be able to land a No. 1 wideout, but Jordan Reid of The Draft Network evaluated Shenault Jr. as a prospect that "has the upside in order to become a highly explosive weapon that could complement a high-end No. 1 option well." Even if they don't currently employ a "high -end No. 1 option," Shenault Jr. would be a good place to start as they rebuild at a position where they got old and slow in a hurry.

Higgins had an excellent college career, racking up 1,167 in his junior season at Clemson, and 26 total touchdowns over his final two seasons. The Bills continue to add talent around Josh Allen. If they add Higgins to Cole Beasley, John Brown, Devin Singletary and Dawson Knox, the Bills could very well win the AFC East in 2020. 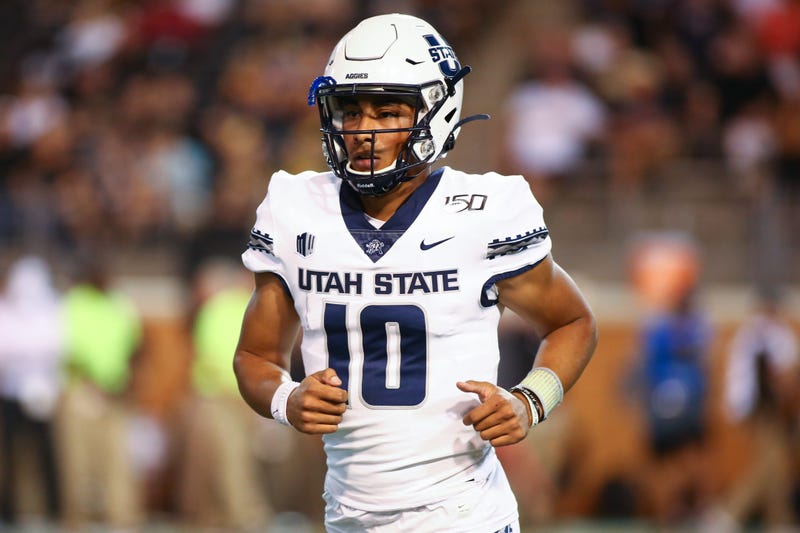 Someone is going to trade into the final few picks to select a quarterback and assure they get a fifth-year option on said quarterback. Last week, we looked at the possibility that the Indianapolis Colts could trade up to take Jordan Love out of Utah State. However, if the Las Vegas Raiders don't sign Tom Brady and aren't able to move up to take one of the top three quarterbacks, Love is the type of player you could see Jon Gruden falling in love with. Love - who is 6'4 and 225 pounds - has good size and despite a disappointing junior season, was so impressive in his sophomore season that he's likely to find his way into the first round. Love could sit behind Carr for part or all of the 2020 season and take over in earnest in 2021.