The 5-7 Philadelphia Eagles will host the 2-10 New York Giants on Monday Night Football this evening. After a loss by the Dallas Cowboys on Thursday Night Football, the Eagles could lose tonight, and still have a shot at winning the NFC East and hosting a first-round playoff game.

Whether it's the Eagles or Cowboys that ultimately win the NFC East, it's entirely possible - if not likely - that the division's winner will finish at 7-9 or 8-8. Meanwhile, they'll almost certainly host one of the San Francisco 49ers or Seattle Seahawks, whichever of those two doesn't win the NFC West. The 49ers are 11-2, while the Seahawks are 10-3.

It would be bad enough for a team to finish with 12 or 13 wins and have to play on Wild Card weekend. It would be adding insult to injury for either team to have to travel to Philadelphia or Dallas, where each team has had an extremely disappointing season.

That said, ESPN's Adam Schefter says that reseeding teams in the postseason has "never been a consideration" from the NFL. Once every four or five seasons, this issue seems to present itself, but apparently it's not one that the NFL is interested in correcting, even it seems like the overwhelming majority of NFL fans and observers aren't comfortable with the idea of a 7-9 or 8-8 team getting to host a playoff game.

No matter what, the NFL wasn't going to change the structure of its playoffs during the 2019 season, which makes winning the NFC West that much more important for the Seahawks and 49ers. With that in mind, here's a look back at Week 14 of the 2019 NFL season, which included a statement victory by the 49ers:

Drew Brees is one of the 10 greatest quarterbacks in NFL history, and had one of the best games of his illustrious career Sunday, throwing for five touchdowns and rushing for another one.

The 49ers used a 21-point second quarter to overcome a 27-14 deficit early in the second quarter. The 49ers' elite rushing attack averaged 6.8 yards-per-carry. George Kittle, with a bone chip in his left ankle, had six catches for 67 yards and a touchdown. Jimmy Garoppolo had perhaps the best game of his career, throwing for 349 yards and four touchdowns. His biggest throw of the day set the team up for a game-winning field goal, as he connected with the aforementioned Kittle on fourth-and-two for what turned out to be a 39-yard completion.

We would be remiss not to mention the game that Emmanuel Sanders had. Sanders, who the 49ers acquired from the Denver Broncos in October, had seven catches for 157 yards and a touchdown. For good measure, he also completed a touchdown pass to Raheem Mostert, one of the numerous trick plays that head coach Kyle Shanahan dialed up in a brilliant day as a play-caller.

Winning in New Orleans showed a few things. First of all, the 49ers' rushing attack is going to travel. Second, it showed that, at least for a week, Garoppolo is capable of going throw-for-throw with NFL royalty, something he'll almost certainly have to do at some point for the 49ers to win the NFC. With the win, the NFC playoffs are more likely to run through San Francisco than New Orleans, which is the equivalent of two positive developments for the 49ers.

In Week 17, the 49ers will get a chance to avenge that loss, as they'll square off with the Seahawks in Seattle. That game may not only determine the NFC West winner, but what team enters the NFC playoffs with the No. 1 seed.

After Sunday's win, it's hard to bet against the 49ers in any setting. 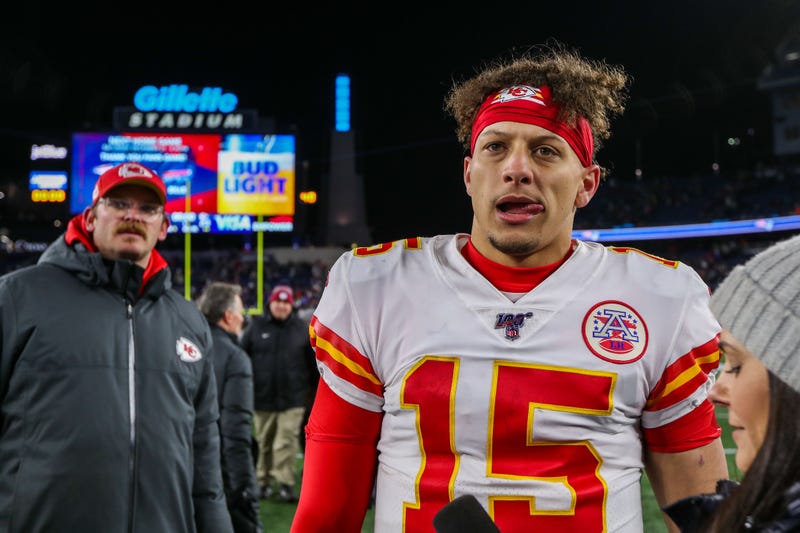 There's going to be a lot of conversation Monday about what would have been a fumble recovery for a touchdown the New England Patriots being blown dead Sunday. Additionally, the Patriots have lost three of their last five games after starting 8-0, and they've averaged just 17.6 points over that same timespan.

It may be justified to hit the panic button on Tom Brady, Bill Belichick and company, but that's not simply because of how they've played. It's also because the Chiefs seem to be peaking at the right time of the season.

The Chiefs continued their dominance in the second quarter Sunday, putting up 17 of the 23 points they scored in the entire game. A less-than-100-percent Patrick Mahomes only needed that second quarter to help edge out the Patriots in a 23-17 win.

Of course, the ability of the Chiefs' offense to take over a game isn't new. Mahomes is the reigning NFL MVP. Travis Kelce's career is on a Hall of Fame track, and he had a rushing touchdown out of the wildcat formation yesterday. Rookie Mecole Hardman had a 48-yard touchdown reception Sunday, and he's added to Tyreek Hill, Sammy Watkins and a receiving corps that already wasn't short on explosiveness.

The scariest development for the rest of the AFC is that the Chiefs' defense appears to be hitting their stride under first-year defensive coordinator Steve Spagnuolo, who knows a thing or two about January (and February) football.

Through their first 10 games in 2019, the Chiefs gave up an average of 23.9 points-per-game. But, since a 35-32 loss in Tennessee in Week 10, the Chiefs' defense has given up just 14 points-per-game in three consecutive wins.

Lamar Jackson and the Baltimore Ravens are the heavy favorites to be the No. 1 seed in the AFC playoffs and ultimately win the AFC title. However, after Sunday's win over the Patriots, the Chiefs are within a game of New England in terms of the second seed in the conference. Whether they end up with a first-round bye or not, it increasingly feels like the Chiefs may be the biggest threat to the Ravens in the AFC. 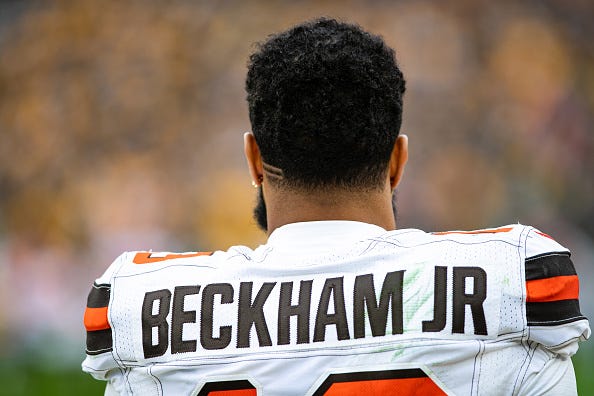 Odell Beckham Jr. May Be One-and-Done in Cleveland

The Cleveland Browns defeated the lowly Cincinnati Bengals 27-19 in Week 14, but it was hard to get overly excited about the victory.

The Browns beat the team on track to obtain the No. 1 pick in the 2020 NFL Draft by less than 10. And it came on the day that the Baltimore Ravens clinched the AFC North, while the Pittsburgh Steelers moved closer to securing a playoff berth.

Oh, and then there's this - it increasingly appears that the Browns could be headed for a divorce with Odell Beckham Jr. this offseason.

Once viewed as the game's most explosive wideout, Beckham had just two catches for 39 yards Sunday. He's averaging just 64.9 receiving yards per game in 2019, well below his career average of 87.8.

Part of the underwhelming season for OBJ has been that he's played through a sports hernia injury, with NFL Network's Ian Rapoport saying he's going to need offseason surgery. Quarterback Baker Mayfield, while suggesting that the team's medical staff did a poor job of handling the injury, said that Beckham Jr.'s injury dates back to Training Camp. (For the record, Beckham Jr. told ESPN's Josina Anderson that "there is no decision on surgery yet.")

But Beckham Jr. apparently doesn't think his underwhelming 2019 season can solely be chalked up to playing through a sports hernia.

Saturday evening, Cleveland.com's Mary Kay Cabot penned a piece that cited multiple sources who referred to the team's offense as "dysfunctional." The gist of the piece suggested that the Browns coaching staff needed to be overhauled to get the most out of the current group of talent, a seemingly annual occurrence in Cleveland.

Freddie Kitchens is widely expected to be dismissed at the conclusion of the 2019 season. But, that may not be enough to repair the relationship.

FOX's Jay Glazer, while reminding that Beckham Jr. didn't choose to be traded to Cleveland, said Sunday that the three-time Pro Bowler has told opposing players and coaches throughout the season to "come get" him, predicting that his relationship with the Browns won't end well.

The Browns could - and perhaps should - dig their heels in. Beckham Jr., still just 27, is under contract through 2023. With a new coaching staff and some personnel tweaks, the Browns may be able to make things work with the superstar receiver moving forward. But that won't stop the world from trying to connect the New England Patriots, Philadelphia Eagles and whatever wide receiver-needy team you can think of to OBJ. And, based on what we've learned over the last week, he's not bothered by that speculation.