If you're uncertain about your team's future at quarterback, there's perhaps been no time in NFL history better suited to seek an upgrade than in advance of the 2020 season.

In addition to LSU's Joe Burrow, Alabama's Tua Tagovailoa and Oregon's Justin Herbert, among other options expected to be available in the 2020 NFL Draft, there may be an unprecedented amount of veteran quarterbacks with substantial starting experience available this offseason.

After a foot injury limited him to two games in 2019, Cam Newton's future is uncertain in Carolina. It's possible that after what's turned into a disastrous season in his absence, the Panthers bring the former NFL MVP back for the final season of his contract, which features a $21.1 million cap hit. Certainly, though, a new head coach may want to draft his own quarterback and/or move forward with some combination of the much cheaper duo of Kyle Allen and Will Grier. From here, it still feels unlikely that the Panthers outright release Newton, but they could attempt to trade the 30-year-old.

Though the Oakland Raiders jumped out to a surprising 6-4 start, they have lost four consecutive games and all-but been eliminated from the AFC playoff picture. Derek Carr hasn't had a bad 2019 season - he's thrown for 3,372 yards, 19 touchdowns and just eight interceptions. It will be interesting to see, though, if Jon Gruden, Mike Mayock and company seek an upgrade at the position this offseason. If they do, Carr could become available via trade. (The Raiders would only take on $5 million in dead cap if they released Carr after the 2019 season, for what it's worth.)

Someone that's almost certainly going to be on a new team in 2020 is long-time Cincinnati Bengals' starting quarterback Andy Dalton. The 32-year-old has a 69-60-2 career record as a starter, but the Bengals are just 1-10 in 2019 and almost certainly going to select a quarterback with the No. 1 overall pick in the 2020 NFL Draft. The Bengals could try to find a trade partner for Dalton, but he's currently slated to have a $17.7 million cap hit in 2020. Since the Bengals can release Dalton without taking on any dead cap money in 2020, that seems like the most likely ending. The three-time Pro-Bowler could be an option for a team looking to push a young starter, or one playing out a season based around jockeying for positioning in the 2021 NFL Draft.

Here's the thing - those options are just the tip of the iceberg. Here are the top five quarterback options that could become free agents after the 2019 season: 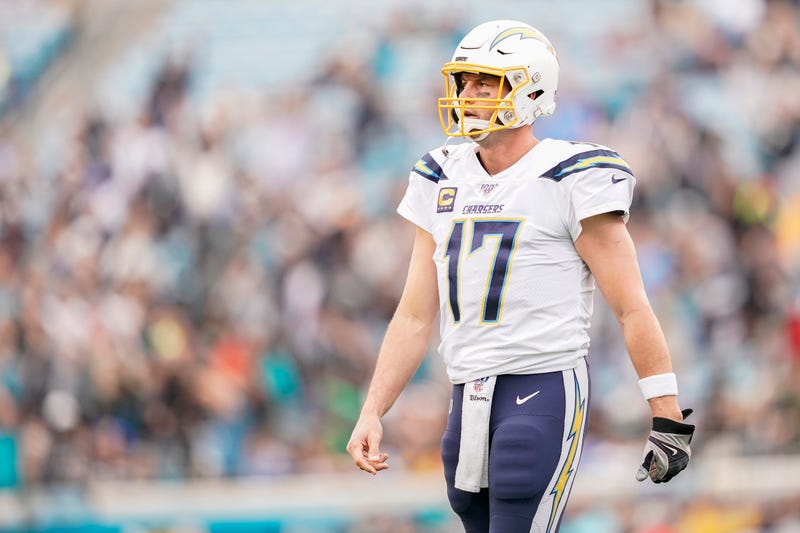 If you believe options like Teddy Bridgewater or Ryan Tannehill - who can also become free agents after the 2019 season - would be better investments than Rivers at this stage, it's hard to argue with you based on how this season has played out.

Rivers has been picked off 18 times in 2019, and the Los Angeles Chargers are 5-9. As they prepare to move into SoFi Stadium, this may be the time for a clean break with Rivers, who isn't under contract for 2020.

That said, Rivers is a season removed from tossing 32 touchdowns and leading the 12-win Chargers to a playoff win on Wild Card Weekend. The 38-year-old may be in the twilight of his career, but there's no reason to think he couldn't be an effective starter somewhere in 2020. 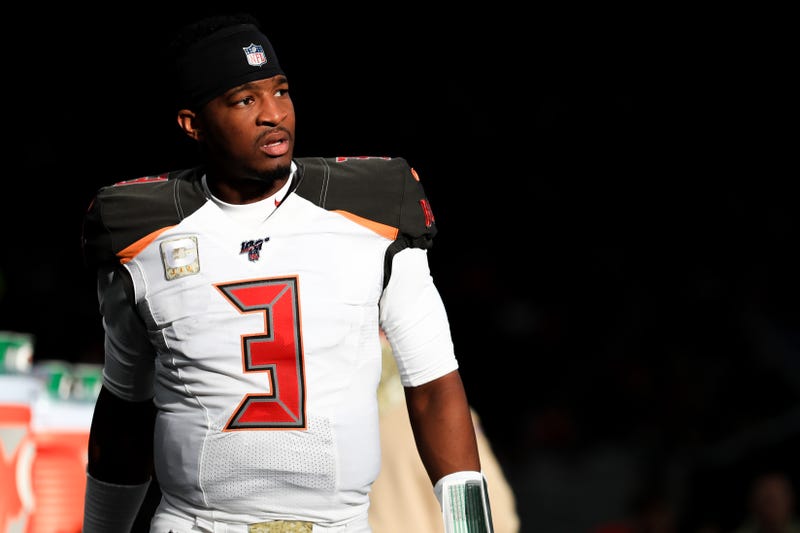 As his fifth season comes to a conclusion, Winston probably is what he is at this stage. But the highs that the former No. 1 overall pick flashes are enough to tease you.

Winston, still just 25, has tossed 30 touchdowns and thrown for a league-leading 4,573 yards in 2019. He also leads the league with 24 interceptions, a problem that's plagued him since he entered the league in 2015.

Even if you acknowledge that Winston-led teams have a ceiling as long as he turns the ball over at this clip, this version of Winston is unquestionably one of the 32 best quarterbacks in the NFL. He'll start somewhere next year, and perhaps the Tampa Bay Buccaneers will convince themselves that he'll be able to limit his turnovers in a second season under Bruce Arians.

What will be worth monitoring, though, is exactly how the Buccaneers would attempt to retain Winston. They could franchise tag him - which would only mean one season of commitment - but the franchise tag salary in 2019 was $24.865 million and will go up. The danger in not franchising Winston would be that it's possible another team would have interest in signing him to a multi-year deal in free agency.

Winston will probably be back in Tampa Bay in 2020, but there is a scenario where he starts elsewhere. 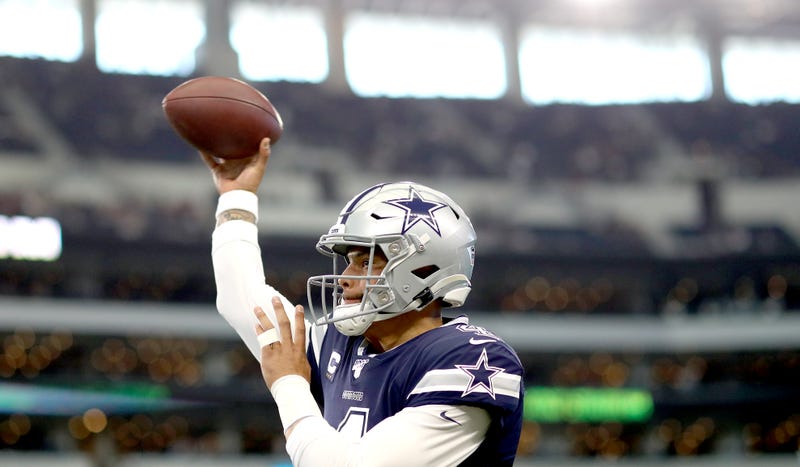 Even if the 2019 season has been disappointing for the Dallas Cowboys, quarterback Dak Prescott is going to become one of the highest-paid players in the NFL in 2020.

The most likely scenario is that Prescott, a 2016 fourth-round pick, will sign a long-term deal to remain in Dallas. Frankly, it would be unfathomable for the Cowboys to let Prescott - who has tossed 26 touchdowns and thrown for over 4,300 yards in 2019 - even reach free agency. If need be, they'll almost certainly franchise tag him to avoid that scenario.

But, for the time being, the 26-year-old is a free-agent-to-be. He seems like a good bet to attempt to top the four-year/$128 million deal Carson Wentz signed with the division-rival Philadelphia Eagles before the 2019 season, a pact that guaranteed him over $107 million. 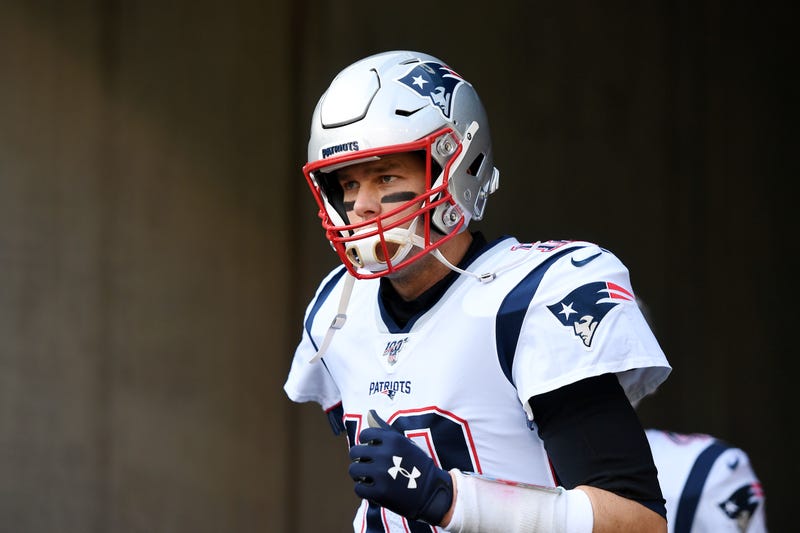 It would seem unthinkable for the New England Patriots to allow Tom Brady to reach free agency. But, if there was ever an offseason where the unthinkable could happen, it might be this upcoming one.

Brady's contract for 2020 will void on March 17, which Spotrac says will leave the Patriots with $13.5 million in dead cap money. Additionally, as part of a deal that didn't give him any security beyond the 2019 season, Brady can't be franchise tagged by the Patriots. So either they'll have to work out a new deal with Brady or he'll become a free agent.

At 42, Brady could simply retire at the conclusion of the season, making this all a moot point. But while he's not playing at the level he did in 2007 or even 2017, Brady is still a productive NFL quarterback. He's thrown 21 touchdowns to just seven picks in 2019, while racking up 3,565 yards. He may wish to retire before he's not an effective player anymore, but the competitor in him has to believe he could still play at an elite level with better offensive weapons.

The guess here is that if Brady plays in 2020, it will be with the Patriots. It's not as though the Patriots have a succession plan in place. It's interesting, though, to imagine a scenario where he doesn't re-sign in New England and still hopes to play. There would certainly be interest in him, and he would seem to make sense for teams like the Chargers and Raiders beyond an on-field sense because he would be a draw for teams fighting for success in new cities. 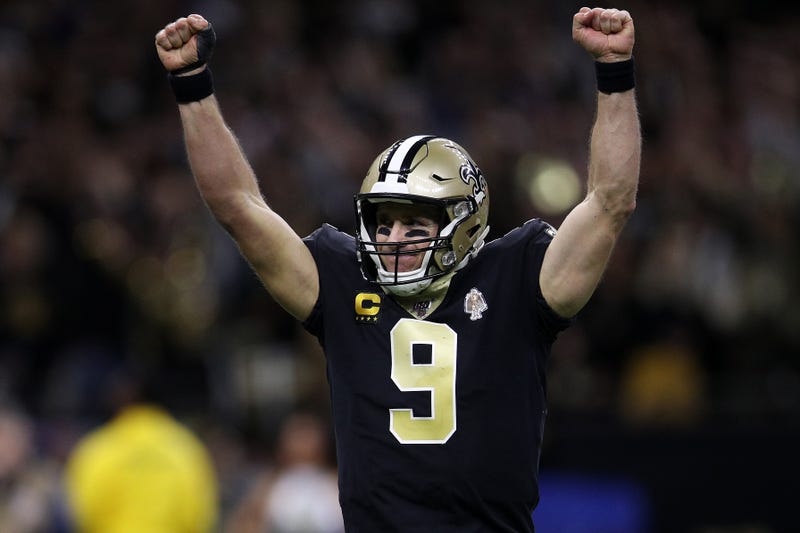 Brees' 2020 contract, per Aaron Wilson of The Houston Chronicle, will automatically void if he's still on the New Orleans Saints' roster on the final day of the 2019 league year, which he will be. Like Brady, he can't be franchise tagged after the 2019 season ends.

The future Hall of Famer is very much in the same camp as Brady. Brees will turn 41 in January, so it's possible that he could retire after this season. However, if you observed how hard he fought to come back from a thumb injury that cost him nearly six games this season, you don't get the sense that he's likely to retire.

That said, the Saints did go 5-0 in games that Teddy Bridgewater started in Brees' offense. They have the game's best wide receiver in Michael Thomas, along with one of this era's best offensive minds, Sean Payton, calling plays. From an organizational sense, it's not impossible that after the 2019 season the Saints attempt to re-sign Bridgewater, who can be a free agent as well, which would likely end Brees' time in New Orleans. From here, that would be the wrong decision, assuming Brees still wants to play in 2020.

Another wild card is whether Payton and general manager Mickey Loomis believe Taysom Hill could be more than just an offense weapon at some point. Payton, unprompted, compared Hill to Hall of Fame quarterback Steve Young prior to the 2019 season. As Troy Aikman said on a FOX telecast earlier this season, you don't keep Steve Young on the bench.

Like Brady, there would certainly be interest in Brees if he became a free agent. Of the two, Brees seems less likely to actually become a free agent than Brady.