It didn't take long for Tom Brady to have to answer questions about his uncertain future with the New England Patriots after the team lost 20-13 to the Tennessee Titans in the AFC Wild Card Round.

What we do know is that it doesn't appear the 42-year-old is planning to retire.

"I would say it’s pretty unlikely, but – yeah, hopefully unlikely," Brady said of potentially retiring to the collective media, including WEEI's Ryan Hannable.

Whether Brady returns to the Patriots for a 21st season is less clear. Brady's contract for 2020 will automatically void on March 17, leaving the Patriots with $13.5 million in dead cap money and an uncertain future at quarterback. They cannot place the franchise tag on Brady, who has led them to six Super Bowl titles.

Bill Belichick, who has coached Brady for his entire career, was non-committal after the game when asked about the future of No. 12, among other impending free agents.

“Everybody’s situation on the team is different. There are no two that are exactly the same," Belichick said. "The future is the future for all of them just like it is for Tom, and anybody else you want to bring up. Certainly, Tom is an iconic figure in this organization and nobody respects Tom more than I do. I respect all the other players and all the coaches in the organization, too. I think everybody that is part of it is an important part of it. I want to give the proper attention and communication and detail and thought into my input into those decisions."

Meanwhile, owner Robert Kraft says that he "hopes and prays" that Brady will either return to the Patriots or retire. That could set up an interesting crossroads if Belichick, the de-facto general manager, believes now is the best team to go in another direction at the quarterback position.

Let's imagine, for a moment, that Brady doesn't return to New England in 2020, but decides to continue his career. Where could he end up? Here are five possibilities: 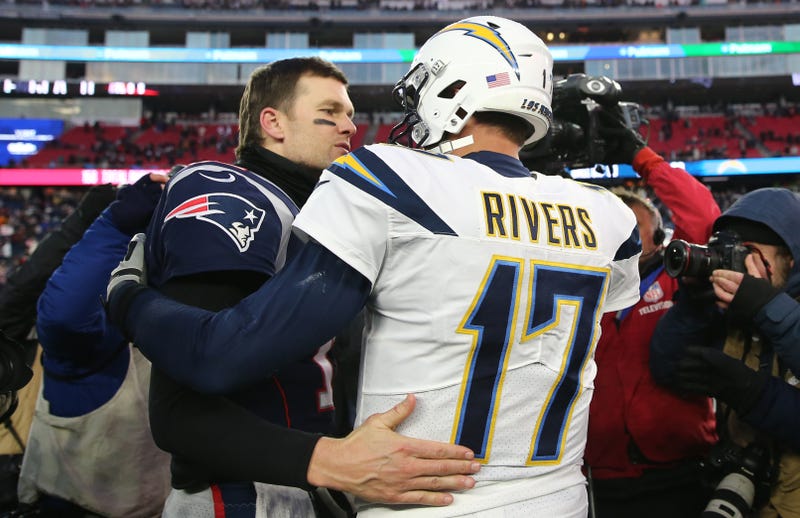 During the 2019 season, there was a running joke in the RADIO.COM offices that Tom Brady was going to end up wearing lightning bolts and powder blue to finish his career. It was said half-jokingly, but it makes quite a bit of sense.

In 2018, the Chargers went 12-4 and won a playoff game, which led to them entering 2019 with Super Bowl aspirations. Rather than making good on those hopes, the Chargers went just 5-11 in 2019, losing nine games by a touchdown or less.

There's some thought that the Chargers will move on from franchise icon Philip Rivers, who isn't under contract for 2020. The 38-year-old threw 20 interceptions in 2019. Brady, theoretically, could be an upgrade from what Rivers was in 2019. Even in an underwhelming 2019 season, Brady was picked off just eight times. If you trim off a few interceptions, the Chargers' 2019 season may have looked very different.

Additionally, the Chargers have struggled to gain traction since moving into Los Angeles in 2017. The NFL has reportedly pondered the idea of moving the team to London permanently. For the time being, the Chargers are set to move into SoFi Stadium with the Rams in 2020. If anything could make them must-watch in Los Angeles, it would be to bring the most accomplished quarterback in the history of the sport in to finish his career. 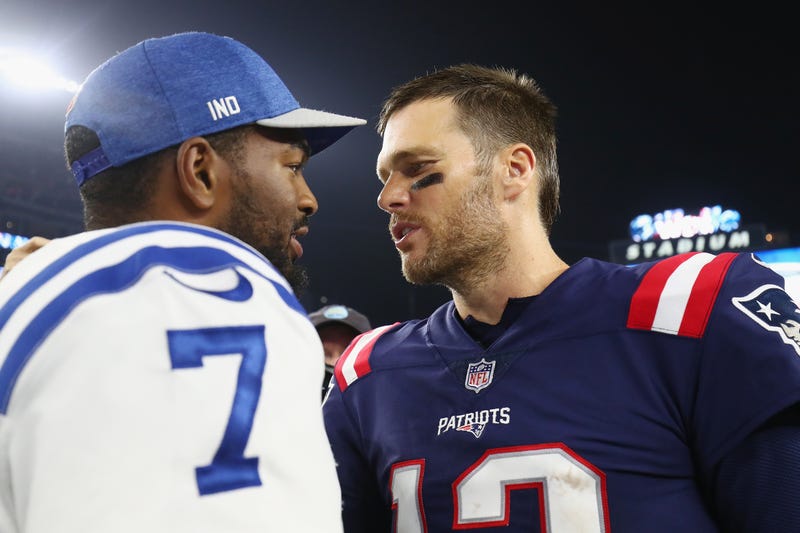 Tom Brady owes a small part of his fifth Super Bowl ring to the contributions of Jacoby Brissett. As a rookie, Brissett, along with Jimmy Garoppolo, helped keep the Patriots afloat during Brady's four-game suspension to open a season that ultimately culminated in them defeating the Atlanta Falcons in Super Bowl LI.

Now the starter in Indianapolis, Brissett is under contract for $6 million (with a hefty $21.375 cap hit) in 2020. There seems to be some belief that the Colts, who suddenly lost Andrew Luck to retirement days before the 2019 season, will monitor the quarterback market.

There's no indication Luck will return, but ESPN's Jeremy Fowler has reported that NFL executives believe the Colts could have interest in Philip Rivers if he doesn't return to the Los Angeles Chargers. Rivers and Colts head coach Frank Reich worked together from 2013-2015, when Reich was on the Chargers' staff.

That said, why stop at Rivers? For whatever concerns there may be about how much Brady has left individually, he had a better 2019 season than Rivers. If you added Brady to an offense that includes T.Y. Hilton, Marlon Mack and an offensive line that's been vastly improved in recent seasons, the Colts could become a threat in the AFC in 2020.

It's unclear if Brady and his wife, supermodel Gisele Bündchen, would view Indiana as a desirable landing spot, but it would behoove the Colts to at least inquire should Brady become available. 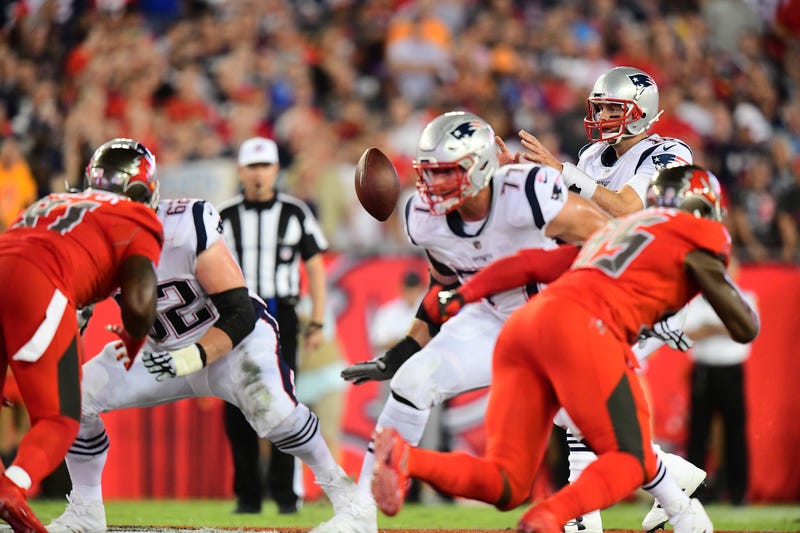 The feeling here is that the Tampa Bay Buccaneers will retain Jameis Winston as their starting quarterback for the 2020 season. However, head coach Bruce Arians left the door cracked open to go in another direction after Winston became the first quarterback in NFL history to thrown 30 touchdowns and 30 interceptions in a single season.

For as tantalizing as Winston's peaks are, his valleys make it hard to imagine him leading a team to the postseason unless he drastically alters the way he plays.

The Buccaneers, though, have the offensive talent to be a playoff team. Mike Evans and Chris Godwin both had north of 1,000 receiving yards in 2019, despite the fact that neither played all 16 games. For as limited as the Patriots were in terms of offensive weapons in 2019, the Buccaneers are flush with skill-position talent.

What's more, there's not much certainty in the rest of the NFC South. The Carolina Panthers hired Matt Rhule as their head coach Tuesday, but they are left to pick up the pieces from a 5-11 season. Since losing to the Patriots in Super Bowl LI, the Atlanta Falcons are just 24-24. The New Orleans Saints also may have missed their window to win a second Super Bowl with Drew Brees as well. Brees, who will turn 41 in January, has a similar contract structure to Brady, as his contract will automatically void on March 18, leaving the Saints with $21.3 million in dead cap, or $5.4 million in dead cap if they restructure with Brees, who cannot be franchise tagged. 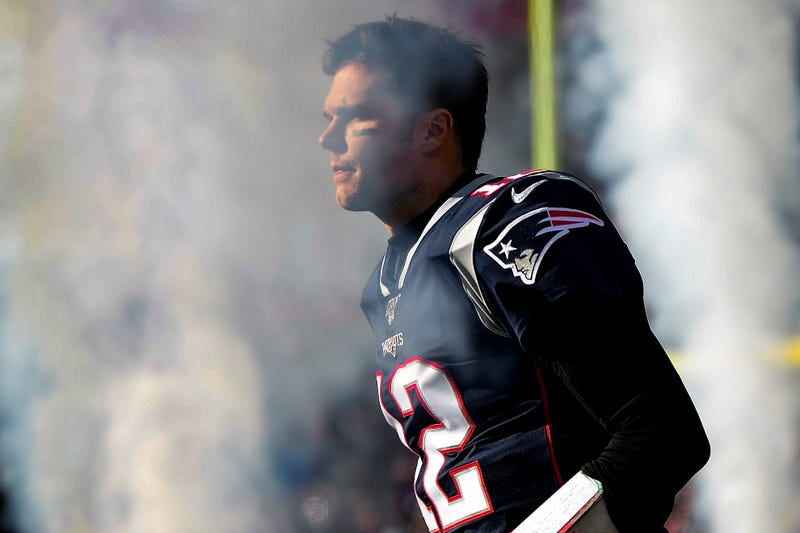 How crazy would it be for Tom Brady to end up on the Jon Gruden-coached Raiders nearly 20 years after the Tuck Rule Game? Probably too crazy to be true, but it's an interesting thought, especially as the Raiders move to a new city.

To the surprise of just about everyone, the Raiders went 7-9 in 2019 following one of the most tumultuous preseasons in NFL history. At one point, the Raiders were 6-4, and they weren't ultimately eliminated from playoff contention until Week 17.

Derek Carr had a statically productive 2019, tossing 21 touchdowns and racking up over 4,000 passing yards. You do wonder, though, if Gruden feels like he's reached his ceiling with Carr. If so, a trade is unlikely with so many veteran quarterbacks expected to be available, but the Patriots could release Carr and only take a $5 million cap hit in 2020.

It's fair to wonder how much of an upgrade Brady would be over Carr at this stage of his career, though you would be hard-pressed to find too many people that would prefer to have Carr start over Brady next season.

Whether Brady would have interest in joining a relatively young team - and one that plays in the same division at Patrick Mahomes and the Kansas City Chiefs - is unknown. However, if the Patriots were able to add a star wide receiver this offseason, they'd be in pretty good shape in terms of skill-position players when you factor in running back Josh Jacobs, tight end Darren Waller and wideouts Tyrell Williams and Hunter Renfrow.

If Brady joined the Raiders, it would certainly end Antonio Brown's pipe dream of reuniting with him in 2020. 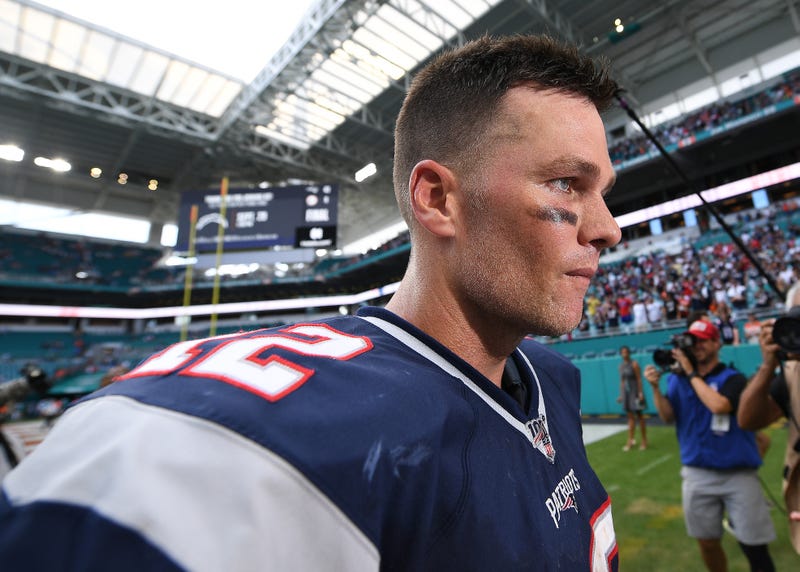 It's hard to imagine how Tom Brady leaving New England - assuming he still wants to play - would leave him and Bill Belichick on ideal terms. If Brady's eventual exit from New England leaves him with a bad taste in his mouth, joining the division-rival Miami Dolphins would give him a chance to play Belichick and the Patriots twice in 2020, and potentially block them from reaching the postseason, however unlikely that may be.

In addition to getting to live in Miami, there would be a sense of familiarity for Brady in New England. Brian Flores, against all odds, led the Dolphins to five wins in his first season as head coach, one of which was over Brady and the Patriots in Week 17. Prior to becoming the Dolphins' head coach, Flores spent 15 years in the Patriots' organization, including 11 on Belichick's coaching staff.

The Dolphins are a blank slate of sorts, but former first-round pick DeVante Parker exploded in 2019, catching 72 passes for 1,202 yards and nine touchdowns. According to OverTheCap, the Dolphins have over $98 million in cap space for 2020. When you couple that with three first-round picks and two second-round picks in the 2020 NFL Draft, the Dolphins could drastically improve their roster in a hurry, if they choose to.

Of course, there's a very real possibility that the Dolphins use their top overall selection - the No. 4 overall pick - to select a quarterback. If they select Alabama's Tua Tagovailoa, who had hip surgery in November, he could sit for a season or two behind Brady.