The Washington Football Team enters the 2021 offseason with plenty of questions, but none bigger than who will be playing quarterback for the team next season?

Alex Smith admirably stepped into the role this season – two years after a gruesome leg injury put his career, and life, in jeopardy.

While Washington went 5-1 under Smith, he is turning 37 years old this spring and is nowhere near the player he was before his injury. Smith sounds like he wants to be back, but he is also an attractive cut option as he could save WFT $14.7 million in cap space.

Taylor Heinicke nearly took down Tom Brady and the Tampa Bay Buccaneers in the playoffs, but one good game does not make someone a starter. Could Heinicke be given a shot at the job come training camp? Sure. One could argue he’s earned the right to be considered, but he is far from a sure thing.

Washington was able to win an anemic NFC East at 7-9 behind a great defense. While much could change this offseason, no team in the division really stands out above the rest.

Washington could be that team to stand out depending on its quarterback in 2021. While Smith and Heinicke are still possibilities, we explored five external options the franchise could explore via trade, free agency or draft this offseason: 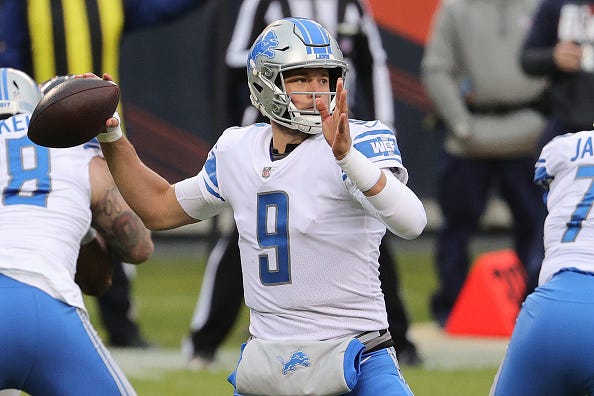 The Detroit Lions quarterback’s name has been buzzing in trade rumors for quite some time now. With a new head coach and new GM at the helm, it would make sense for Detroit to part ways with Stafford and find a new quarterback to build around. He also has a very tradeable contract and would save the Lions $14 million against the cap.

The belief in Washington is that Ron Rivera may prefer to find a quarterback who can “win now.” Stafford fits that bill. The soon-to-be 33-year-old is a seasoned veteran who has been stuck in mediocrity most of his career. After two down years, including an injury-shortened 2019 season, Stafford was back to throwing for 4,000-plus yards in 2020 and would immediately elevate Washington from fringe playoff team to playoff contender. 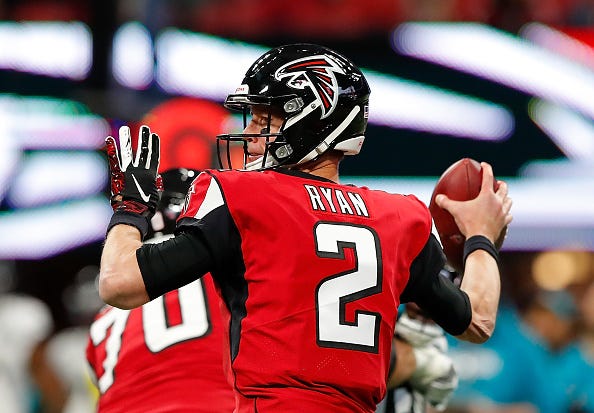 This one would be a little tougher to pull off than a trade for Stafford, mostly because of Ryan’s contract from the Falcons’ perspective. While Ryan, 35, is in the same boat as Stafford – new head coach, GM – his contract is a tough one for the Falcons to move before June 1, which is when most teams will want to figure out their QB situation. However, owner Arthur Blank has not ruled out the possibility of trading Ryan and his future is certainly in doubt in Atlanta.

Let’s say, for whatever reason, the Falcons are able to trade Ryan no matter the cost. The Washington Football Team would be an ideal fit. If Rivera really is in “win now” mode, so is Ryan. He may only have a few good seasons left in him and will want to try and win that elusive Super Bowl. Ryan won’t have a Julio Jones to rely on, though, but Terry McLaurin is a rising young star whom Washington can add around. 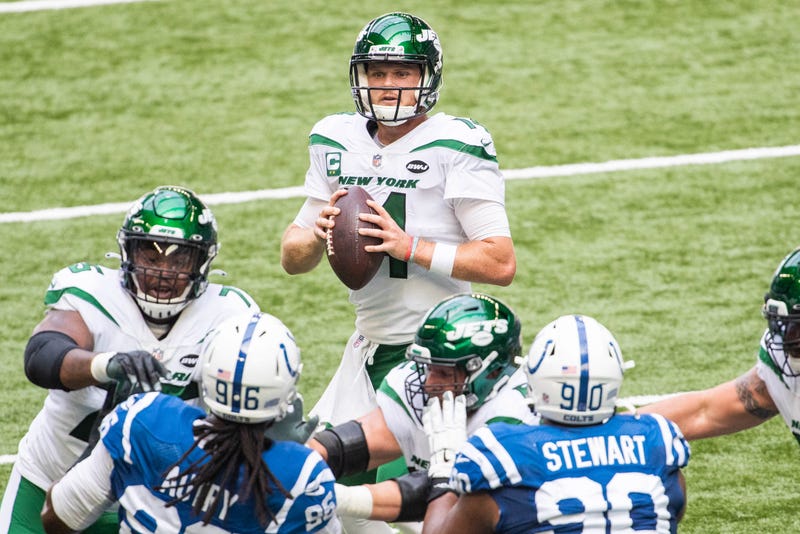 The New York Jets need to decide if they are committed to Sam Darnold or would rather use the No. 2 pick in the draft on Ohio State quarterback Justin Fields. If they choose the latter, they will need to find a suitor for Darnold.

Washington could be that team. While Stafford or Ryan would give Washington an immediate upgrade, Darnold would be a bit more of a risk. The 23-year-old has struggled with consistency in New York, as well as durability. But he is still young and many believe his career could still be salvaged. Perhaps Darnold is brought in to compete with a Smith or Heinicke in training camp for the starting job. Nevertheless, he is certainly a name worth watching over the next few weeks and months. 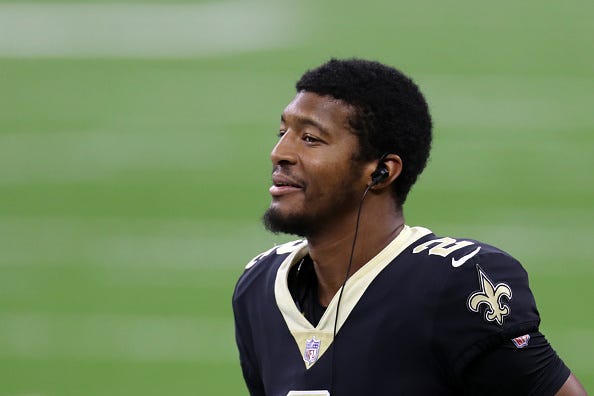 Should Washington want to pursue any of Stafford, Ryan or Darnold, it would mean parting with draft picks. But there are options in free agency, perhaps the best option may be Jameis Winston.

Yes, Winston’s 30-interception season cost him his job in Tampa, but he also threw for 30 touchdowns and led the league with 5,109 passing yards. The talent to be a starter is there. He has spent the last year in New Orleans backing up Drew Brees, hopefully learning from one of the best quarterbacks of the modern era. Saints head coach Sean Payton reportedly wants Winston back, though, especially if Brees is indeed retiring.

But Washington is an intriguing alternative for Winston. He may come with some risk, but there is definitely high upside and hopefully a humbled and more mature Winston who can be a leader for a team looking to be a perennial playoff contender. 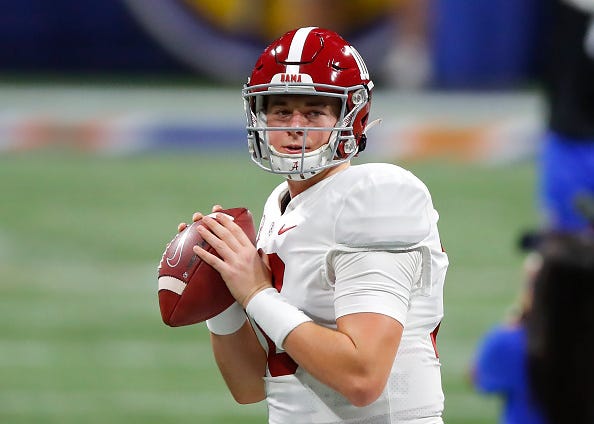 If Washington wants a franchise quarterback to build around, they may not look toward trades or free agency, but rather the NFL Draft. The Football Team holds the 19th pick in the first round, which essentially eliminates them from any of the top tier quarterbacks.

But they could look at the next tier, and perhaps the most intriguing option is Alabama quarterback Mac Jones. The Heisman Trophy finalist is a fringe first rounder and may even be available in the second or third round, but he is coming off an impressive season which saw his draft stock rise.

If Washington were to explore Jones, or any other quarterback in the draft as an option, they may not necessarily start right away. Rivera preached patience with Dwayne Haskins and it’s likely any rookie quarterback who comes aboard would – at least – start behind Smith, Heinicke or heck, maybe even Kyle Allen. Jones would be groomed to take over and would be Rivera’s guy – something Haskins was not – and could wait in the wings until Rivera feels it is time to call on him.