When free agency opens, Tom Brady and Drew Brees, two of the most accomplished players in NFL history, are set to become the most intriguing free agents on the market. Don't, however, sleep on seven-time Pro-Bowl wide receiver A.J. Green as someone that will be one of the most coveted assets available this offseason.

Across parts of eight NFL seasons, Green, the No. 4 overall pick in the 2011 NFL Draft, has hauled in 602 passes for 8,907 yards and 63 touchdowns. A healthy Green has pretty consistently been one of the top five wide receivers in the NFL.

Of course, Green has pretty consistently been banged up - if not injured - during his NFL career. A toe injury limited him to just eight games during the 2018 season. He didn't play a single game in 2019 after tearing ligaments in his left ankle in Training Camp. Of a possible 64 regular season games over the last four seasons, Green has played in just 35.

Green will turn 32 next August. In theory, a healthy version of him could still prove to be one of the most valuable additions this offseason. It's also possible, though, that his body won't allow him to be consistently effective anymore, which makes signing him to a lucrative free-agent deal a risk. 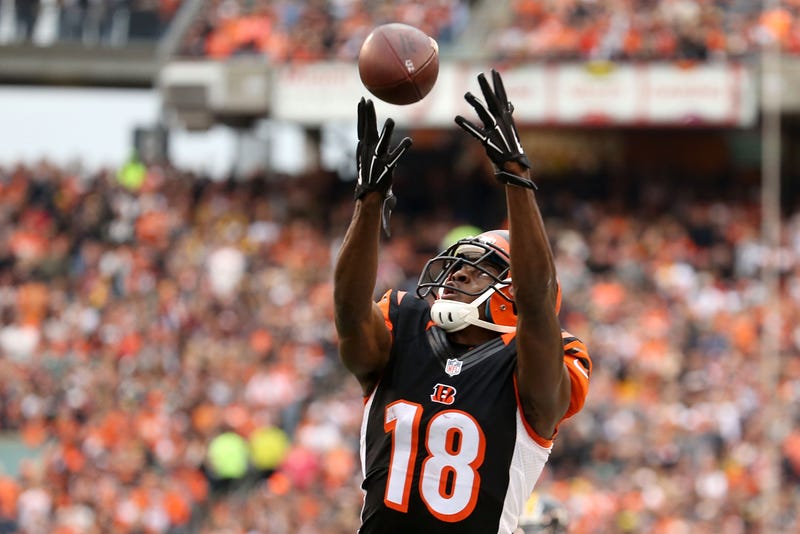 In RADIO.COM's look earlier this week at Super Bowl LV contenders, the Bills were mentioned as a dark-horse contender. To do so, they'll have to take another step forward offensively.

There's a lot to like about the young core that the Bills are building offensively. Quarterback Josh Allen, entering his third season, flashes elite physical talent. Rookie running back Devin Singletary averaged 5.1 yards-per-carry in 2019. Deep threat John Brown posted career highs in receptions (72) and receiving yards (1,060) in his first season in Buffalo. Cole Beasley is one of the NFL's best possession receivers.

If the Bills added Green, offensive coordinator Brian Daboll may be able to be more aggressive. Though they won 10 regular season games in 2019, the Bills only scored more than 30 points twice, in two wins against the Miami Dolphins.

If their offense takes a step forward - and they are paired with what's been a top five defense in each of the past two years - the Bills may be the favorites to win the AFC East in 2020, regardless of whether Tom Brady returns to New England or not. 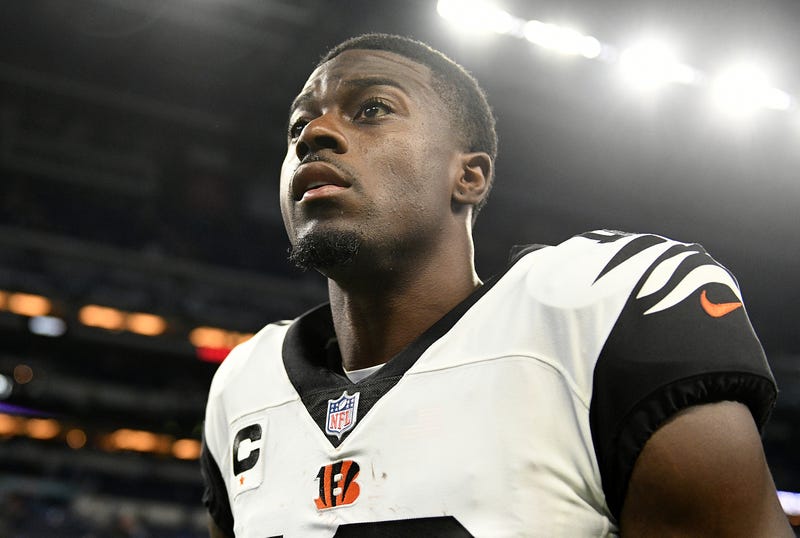 When it appeared that Green would play at some point during the 2019 season, there was some thought that the Patriots could be a potential landing spot for him before the NFL trade deadline.

Instead, the Patriots traded a second-round pick to Atlanta for Green's former teammate Mohamed Sanu. In eight games with the Patriots, Sanu caught 26 passes for 206 yards, making him an underwhelming addition when you consider what the team gave up to acquire him.

This past weekend, Ian Rapoport of NFL Network reported that the Patriots are prepared to pay Tom Brady north of $30 million to retain him this offseason. Lost in that report, though, was a suggestion from Rapoport that Brady may want to be guaranteed that the Patriots spend not just on him, but on pieces to surround him.

Brady will play next season at age-43, meaning he's fully in win-now mode. Should he return to New England, that would make taking a risk on the potential upside of a Green addition an interesting idea. 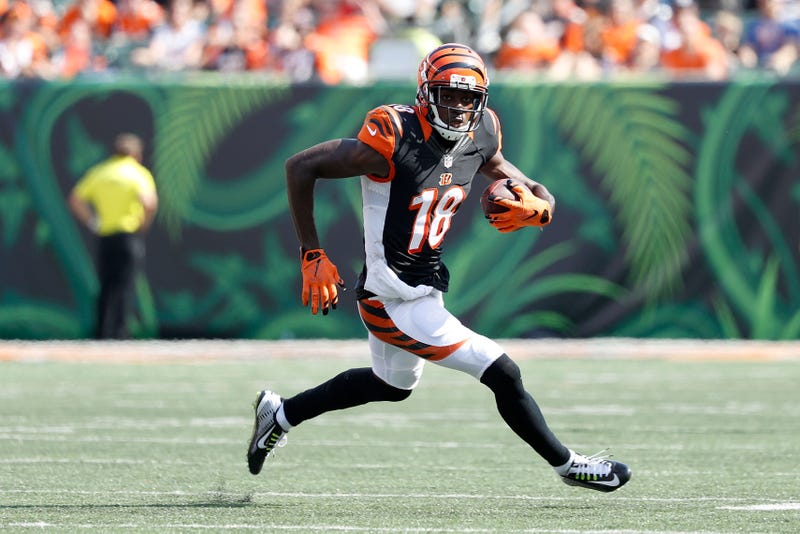 The general feeling is that at this stage of his career, Green would probably prefer to join a team where he could compete for a Super Bowl. After all, for as much individual success as he's had, the Bengals are 0-5 in playoff games during his career.

That said, the Bengals will get the right of first refusal with Green. While Green has suggested that he wouldn't be keen on being franchise-tagged, the Bengals have that option. Per Over The Cap, the Bengals will have just shy of $45 million in cap space to work with this offseason, so they could also just work out a deal that would allow them to retain their franchise icon - whether it's a one-year deal to rebuild his value or a multi-year commitment.

It is fair to wonder if the Bengals - or any team - would be willing to pay Green like "one of the best receivers in the NFL," which he told Tyler Dragon of The Cincinnati Enquirer is what he believes his value is.

Should the two sides work out a deal, though, it's not hard to imagine the Bengals turning things around relatively quickly. They are widely expected to take former LSU quarterback Joe Burrow with the No. 1 overall pick. Joe Mixon has rushed for over 1,100 yards in each of the past two seasons. If the Bengals re-sign Green, he would be part of a group of pass catchers that includes Tyler Boyd, Auden Tate, John Ross III and Tyler Eifert. If healthy, that's a group of offensive talent that could lead Zac Taylor's squad to a dramatic turnaround after a 2-14 campaign in 2019. 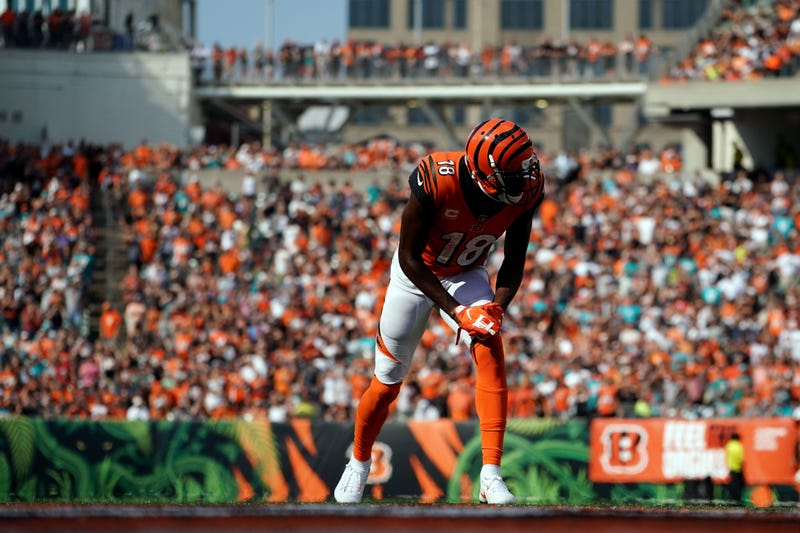 If you weren't paying attention to the Broncos in December, rookie quarterback Drew Lock led them to a 4-1 record, with the team's only loss coming in a snowy game against the eventual Super Bowl Champion Kansas City Chiefs.

In five starts, Lock tossed seven touchdowns and was picked off just three times. With the presence of the Chiefs in the division, it's going to be tough to find a path to the postseason in 2020, but the Broncos appear to be building a nice group of talent on offense.

If the Broncos were able to add Green - and, of course, he stays healthy - it would allow their young offense to continue to develop and potentially compete for a Wild Card spot in 2020. 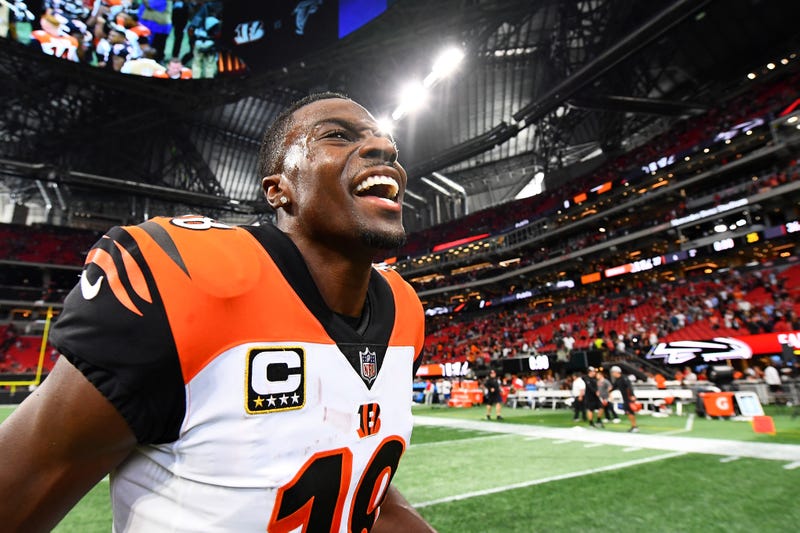 For as much as he clicked with rookie wide receiver D.K. Metcalf in 2019, Russell Wilson knew that the Seahawks needed another wide receiver.

ESPN's Adam Schefter reported in November that Wilson was "pushing" the team to sign former All-Pro wide receiver Antonio Brown. The Seahawks ultimately acquired Josh Gordon, but he played in just five games with the team before being suspended indefinitely for violating the NFL's performance-enhancing drug/substance abuse policy.

Though the Seahawks were still able to win a playoff game in Philadelphia, the need for a star receiver to add to Metcalf and Tyler Lockett remains if the team wants to make a Super Bowl run (or even set themselves up to win a crowded NFC West).

With nearly $50 million in cap space, the Seahawks are in position to potentially make a push for Green. If you coupled the addition of Green with the return of running back Chris Carson, the Seahawks would be a much better offense than the one that scored just 40 combined points over their two playoff games this past season.

music
Blake Shelton shares which 'The Voice' coach he wants to sing at wedding to Gwen Stefani
music
Kenan Thompson says Alex Trebek was a big fan of ‘Black Jeopardy!’ on ‘SNL’
music
Luke Bryan feels deluxe album tells 'a great story of where I'm at in my career'
music
Music festivals could return by 'mid-summer' according to Live Nation CEO
music
Justin Bieber is serving up 'Justice' on March 19
news
The net worths and salaries of 13 of the richest politicians in America