The first day of Wild Card Weekend is in the books, and the AFC Divisional Round matchups are now set.

The Baltimore Ravens will host the Tennesee Titans on Saturday night in primetime after Mike Vrabel's team defeated his former coach and possibly ended a dynasty in which Vrabel was once a part of as a player.

Meanwhile, the Kansas City Chiefs will host the Houston Texans after Deshaun Watson rallied the Texans from a 16-0 deficit to beat the Buffalo Bills in overtime.

Here's a quick preview of next week's games: 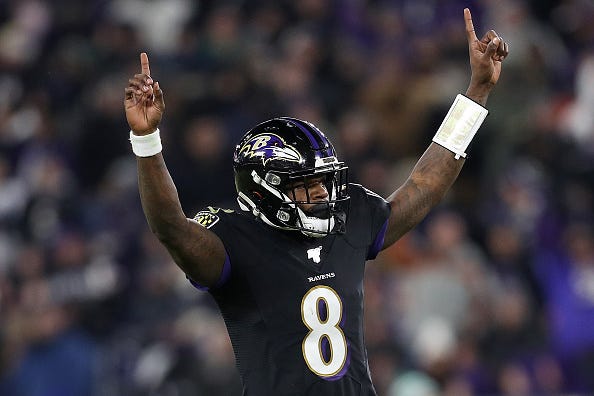 The Titans may have just ended the New England Patriots dynasty, could they now take down the undeniable Super Bowl favorite Baltimore Ravens? The Titans actually do match up pretty favorably with the Ravens. With league-leading rusher Derrick Henry in the backfield, the Titans can go toe-to-toe with Baltimore in the ground game. Both teams boast solid defense, but of course, the X-factor in any game with the Ravens is always going to be Lamar Jackson. He got a taste of the playoffs last year as a rookie, and while he did not fare well, this year is different. He is coming off an MVP season and is playing with undeniable swagger. No one has quite found an answer to stopping Jackson yet, and the Titans will surely have their hands full in this primetime matchup. 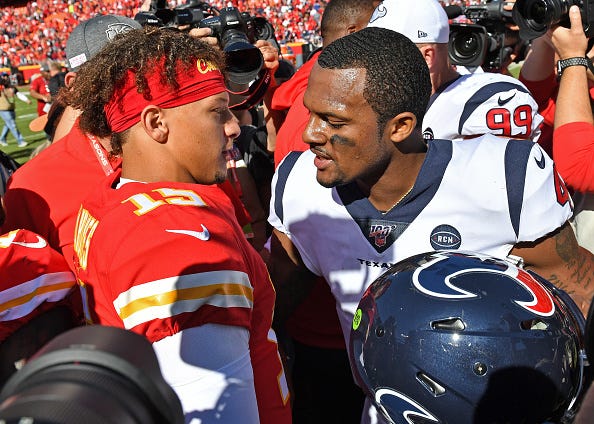 The Texans will be entering this game riding high off their thrilling Wild Card round victory over the Bills in what will be a Week 6 rematch in which the Texans actually beat the Chiefs in Arrowhead. This time, things are a bit different. The Chiefs will have a fully healthy Tyreek Hill, as well as defensive tackle Chris Jones and offensive tackle Eric Fisher back in action. The Texans also played sloppy against the Bills — something they cannot afford to do against the Chiefs. Kansas City is also heading into the playoffs playing some of its best football of the season with a six-game winning streak.